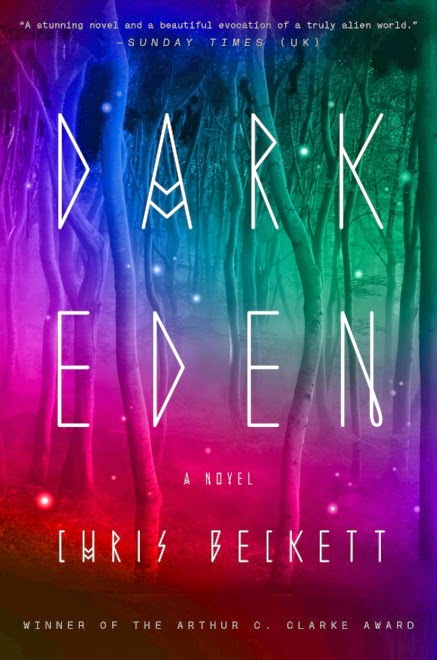 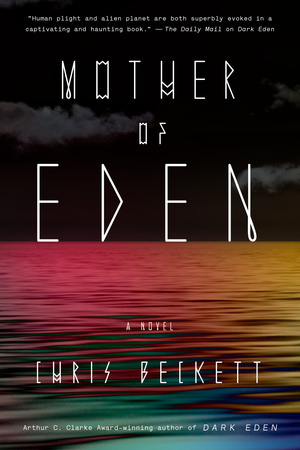 It has been 163 years since two ‘Adam and Eve’ astronauts were stranded on a rogue planet, i.e. a planet wandering through space without a nearby sun. The 532 descendants of Tommy and Angela live a primitive existence in a tiny valley surrounded by a frozen wasteland they call the “Snowy Dark.” Thus begins the story of John Redlantern, an adolescent living amid the family clans in the area they call “Circle Valley.”

John is a restless youth who constantly questions the status quo. He and others must hunt the few alien ‘wollybucks’ that wander down from the frozen expanse using ‘blackglass’ spears and clad in wraps created from the beasts. As the ‘Family’ has grown over the years, resources have become scarcer and stories of the past show that time is running out for the inhabitants. Unfortunately, John seems to be the only one willing to try new things. The ‘Oldsters’ and clan leaders have caused society to stagnate. Tales from the past have turned into dogma. Their progenitor, Angela, warned her children to stay near the ‘landing circle’ and await rescue from Earth. When John asks why they could not travel across the Snowy Dark like the wollybucks, which have bioluminescent lanterns on their heads, he is ostracized. He is soon joined by Tina Spiketree, a love interest, a youngster named Gerry who hangs on John’s every word, and a few others who are likewise disillusioned with their lives.

A good portion of the backstory is told in an especially absorbing part of the book. The Oldsters who are the three remaining grandchildren of the original astronauts argue whether it is time for the annual gathering to tell the tale of their origin. Soon, certain children are given the honor of reenacting Tommy, Angela and the ‘Three Companions’ arriving on the planet. The reader learns about the ‘Landing Veekle’ which descended from the starship Defiant, and why the Companions left in an attempt to return to Earth to get help for Tommy and Angela. The Oldsters then take out the ‘Mementoes’ to remind the children of the wonders of Earth, which include a boot made of synthetic material and a ‘Kee board.’

The novel comes to a climax as John and his followers invent a way to traverse the freezing wasteland while a group that is led by a youth named David is determined to stop them. David and his group take over the clans and institute a chase. What they discover about the planet ends up shocking them all.

There is not much science in the book, but the novel does provide an engrossing description of a dark frozen planet with an area warmed by the internal heat of the planet. It is somewhat reminiscent of the night scenes in the movie Avatar with glowing lights on the alien creatures and plants. There are also hints of a deeper ecosystem below the sparse surface flora and fauna. Some of the youth must scavenge bark from ‘spiketrees’ that can scald the harvesters with hot sap. All of the hunting and scavenging are done by the younger people, since anyone over 80 ‘wombtimes’ (their measure of time without a day/night cycle) go blind, which remains unexplained.

If you set aside whether such a planet could support life, you may get lost in the novel as John breaks the laws of the clan and others respond.  The story is written in the first person, with each chapter heading denoting whose voice it is, allowing the reader to feel at one with the characters. The unique terms scattered in the narrative, such as whether the Defiant could call for help using a ‘Rayed Yo’ are unobtrusive and entertaining in themselves. Normally, I would say that this was a perfect YA coming of age book, but it is really for more mature audiences. Some of the clan, who are the result of the obvious inbreeding, are called ‘bat faces,’ and there are a number of curses such as ‘Tom’s (male appendage)’ and ‘Gela’s (female appendages)’. There are also a few very graphic sex scenes.

The book provides an interesting take on what people cut off from the rest of humanity would do under dire circumstances. Would you leave a safe area and try to find a better place when everyone warns that you will be left behind when rescue finally arrives? Would you believe the stories of the wonders of Earth, or think that they are fantasies? When a girl says that visions of the founders have appeared to her and are providing guidance, would society begin to follow such mysticism?

Overall, I found this story very compelling and one that addresses one aspect of future space settlement: how the human spirit might react in an isolated society cut off from the rest of humanity.

This sequel is worth reading, but is like a feudal political treatise.

It is a few hundred years after the first book, Dark Eden, and the descendants of the original inhabitants have spread to warmer areas of the sunless rogue planet. However, old enmities still hold, and although the “David folk” and the “John folk” are at an uneasy peace, it seems that each is planning for war to break out.

The story begins with a young girl named Starlight, who is from a small fishing village. She is restless at living a quiet uneventful life, and convinces a few of her friends to travel by boat to the nearest town. There she meets a man named Greenstone who is a prince of the John folk across the sea, in a land they call New Eden. Thrilled at an adventurous life with a handsome man, she accepts his proposal to become his wife and eventually become the queen of New Eden when the aging king dies.

Starlight is totally unprepared when she arrives at what can best be described as huge interconnected feudal towns. The book becomes mostly about politics where the “big” people composed of the king, the chiefs and the teachers, hold sway over the “small” people of miners, farmers, et. al. And she also discovers that she is to be paraded in front of all the small people as the representation of the first mother of the planet. Starlight finds that she wants to change the system, since she comes from a place where everyone is equal and there is no “government.” Of course the chiefs and teachers plot to kill her and her husband. To combat them, Starlight goes directly to the repressed “small” people who adore her.

If you liked the first book of this series, you should also enjoy this one to see how the people of Eden have progressed. However, I found that there wasn’t enough new sci-fi to the novel, and it felt like I was being given a political treatise about dealing with royal intrigue.