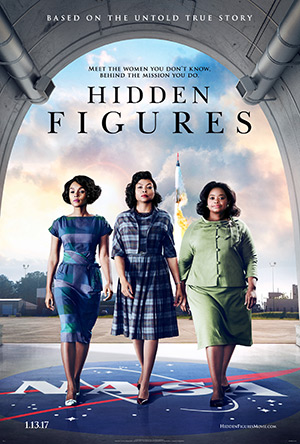 In the first half of the twentieth century, calculator and computer were job descriptions, not pieces of equipment. Before the digital age started, complex calculations were done by hand. The work was unglamorous, exacting, unexciting and relatively poorly paid.

Hidden Figures: The American Dream and the Untold Story of the Black Women Mathematicians Who Helped Win the Space Race, by Margot Lee Shetterly, explores the achievements of one group of computers. The book was made into a major motion picture, Hidden Figures, in 2016.

Before and during World War II, the Federal Government was the biggest employers of mathematicians. Wartime code-breaking required many computers. The National Advisory Committee for Aeronautics (NACA) employed still more, even before the war. When World War II started, NACA’s need for calculators exploded. Airfoil and cowling optimization research was number-intensive. Running out of candidates, NACA recruited colored (as they were then called) women.

For a black woman in the 1940s the pay was excellent, even if college-educated whites could find better-paying jobs. College-educated black women had few opportunities for skilled jobs. Many could only find work as maids or housecleaners. The few professional jobs available to black women paid poorly. For example, in Virginia, with its strict racial segregation laws, black schoolteachers received half the pay of white teachers. Thus many black women willingly signed on for NACA work at Langley Research Center in Hampton, Virginia. Langley, unwilling to fight the Axis and Jim Crow (segregation laws) simultaneously, placed all the black mathematicians in West Computing, a segregated work group.

Shetterly traces the fortunes of the women of West Computing. She focuses on four: Dorothy Vaughn, Mary Jackson, Katherine Johnson, and Christine Darden. Shetterly follows them from 1943, when the first group of black women was hired at Langley, through the 1980s when the last member of the group left. Vaughn and Johnson began at Langley during World War II. Vaughn became the head of West Computing in the 1950s, then taught herself computer programming before retiring in 1971. Johnson became the go-to person for complex calculations, playing a major role in both aeronautical research and the space program. Jackson was a talented mathematician who began her civil service career as a secretary, transferred to Langley in 1951, and rose to the title of engineer before she retired. Darden, with a degree in Aerospace Engineering, began working at Langley after the Civil Rights Act killed segregation, followed in the path broken by these women. She became an internationally known sonic boom expert, publishing over sixty technical papers.

Hidden Figures is both social and technological history. Shetterly sketches the barriers these women faced as blacks. At first, they had to eat at separate tables in the cafeteria and use separate restrooms in the segregated south. She shows the battles they fought to achieve equality, rights most people, black and white, now take for granted. A second subtext in that story is overcoming gender prejudice. In the 1940s and 1950s, engineers were expected to be male. Shetterly shows how these women prevailed over both racial and gender barriers.

Their struggle took place where cutting-edge technology was done. Hidden Figures is as much a history of aeronautical and aerospace research as a story about social progress. Shetterly shows how these women participated in some of the most exciting science of the 1950s and 1960s, from supersonic aerodynamics through the Moon shot. We take computers for granted today, but Hidden Figures reminds us what life was like without them. Much of the mathematics, now routinely done by digital computers, these women did by hand. The first trajectories for Mercury missions were hand-calculated. The first computer-generated trajectory was produced for John Glenn’s orbital flight. He refused to fly until Mary Johnson, whom Glenn trusted as NASA’s most capable analyst, reviewed the computer’s results and approved them. Technical excellence trumped identity and skin color.

Hidden Figures is worth reading on many levels. It is the tale of triumph over adversity. Not just over the adversity of discrimination, but over the adversities which visit all families: illness, death of a spouse, and loss of employment. The women featured found ways to surmount these challenges.

Hidden Figures also highlights the significance of space exploration. Space was the next big thing. The sense of wonder that spaceflight generated over the period Hidden Figures captures is too often forgotten today.

I recommend this book to anyone interested in the history of computing, women in the workplace, what life was like in the 1950s and 60s, and the contributions of minorities and women to the success of the American space program.