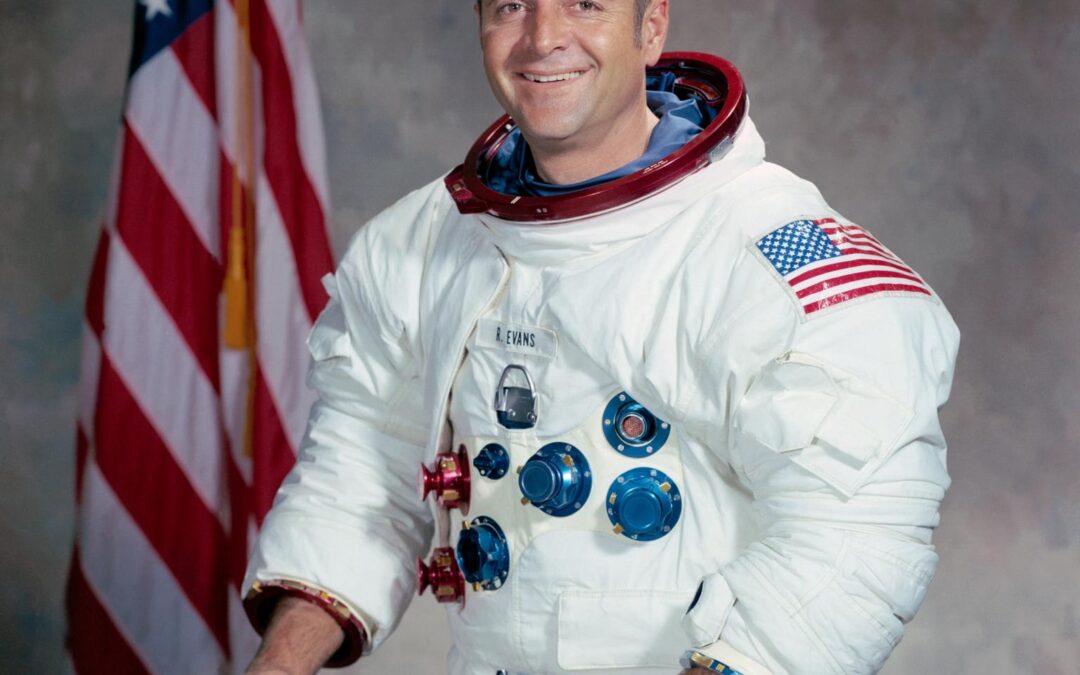 One of the lesser known personalities of the Apollo lunar program is Ron Evans, Apollo 17 command module pilot. If you asked someone on the street to name an astronaut, he or she might be able to remember Neil Armstrong, but it’s highly unlikely they’d remember Evans. This perhaps owes to the fact that he died young, well before he could write his own story, and his status as someone who performed a historic “last,” not a first.

The newly released A Long Voyage to the Moon: The Life of Naval Aviator and Apollo 17 Astronaut Ron Evans by Geoffrey Bowman sets out to change that – and masterfully does. At long last, those unfamiliar with Evans’ life and career get to know the last person to perform a deep space EVA. And perhaps more wonderfully, we get to know Evans’ family, and his colleagues from his Navy and NASA years. 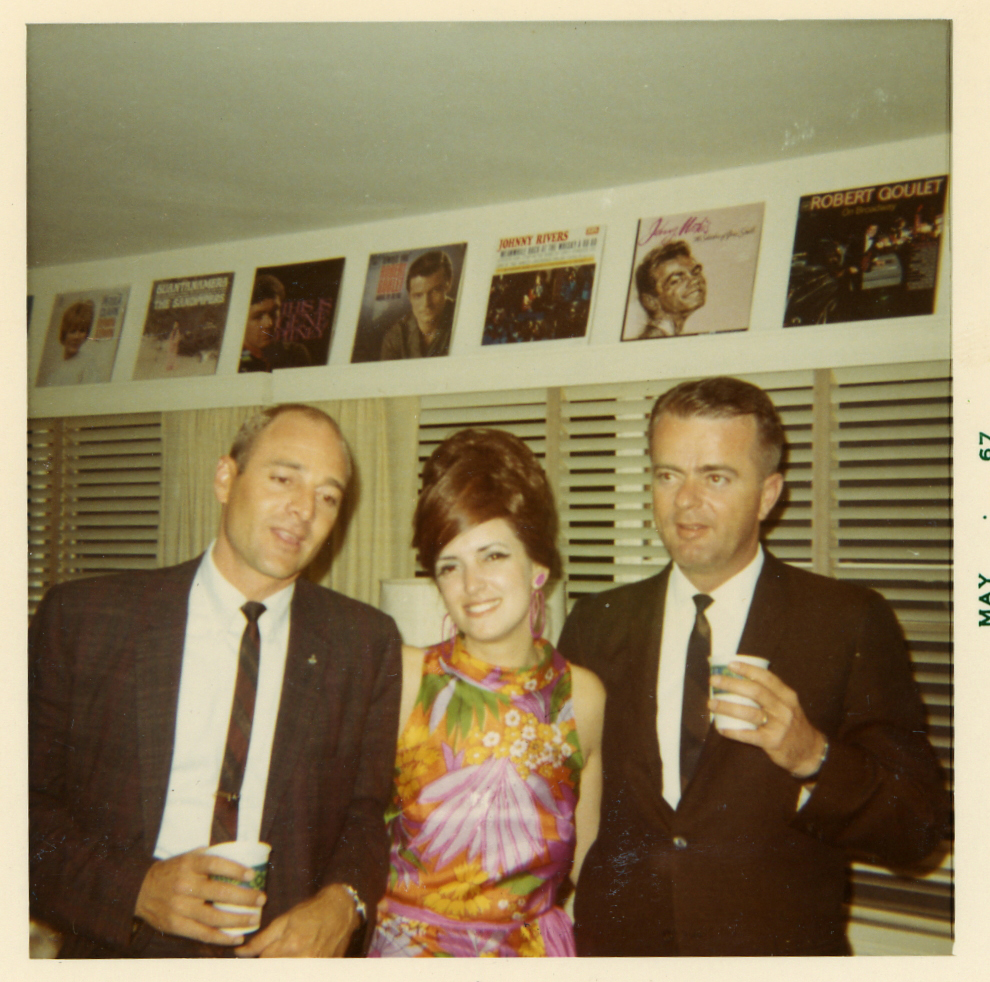 Bowman’s approach to Evans’ story is different from many other biographical works discussing space figures. He sets the scene, not only familiarizing us with the dutiful, unflappable Naval aviator who remained easygoing despite early setbacks including the death of a sibling, but he also walks the reader through what it was like to be an astronaut circa 1966, a time when non-test pilots (such as Evans, who was a Vietnam combat pilot) were judged against the merits of their test pilot colleagues, and when the entirety of the astronaut corps was all too aware that perhaps not all of them would make it to the Moon. Indeed, too many of Evans’ colleagues died due to plane crashes, car wrecks, and January 1967’s Apollo 1 fire.

However, Evans’ story is made richer by digging into his time in combat during the Vietnam War, stationed on the USS Ticonderoga, an Essex-class aircraft carrier. Here we begin to realize that Evans’ pre-NASA career carried just as many dangers, if not more, as a rocket launch, or a trip to the Moon dependent on a single propulsion engine. We realize how perilously close Evans came to not making it at all to his 1972 space shot. (In a wonderful twist of fate, the “Tico” ended up being Apollo 17’s recovery ship in December 1972.) 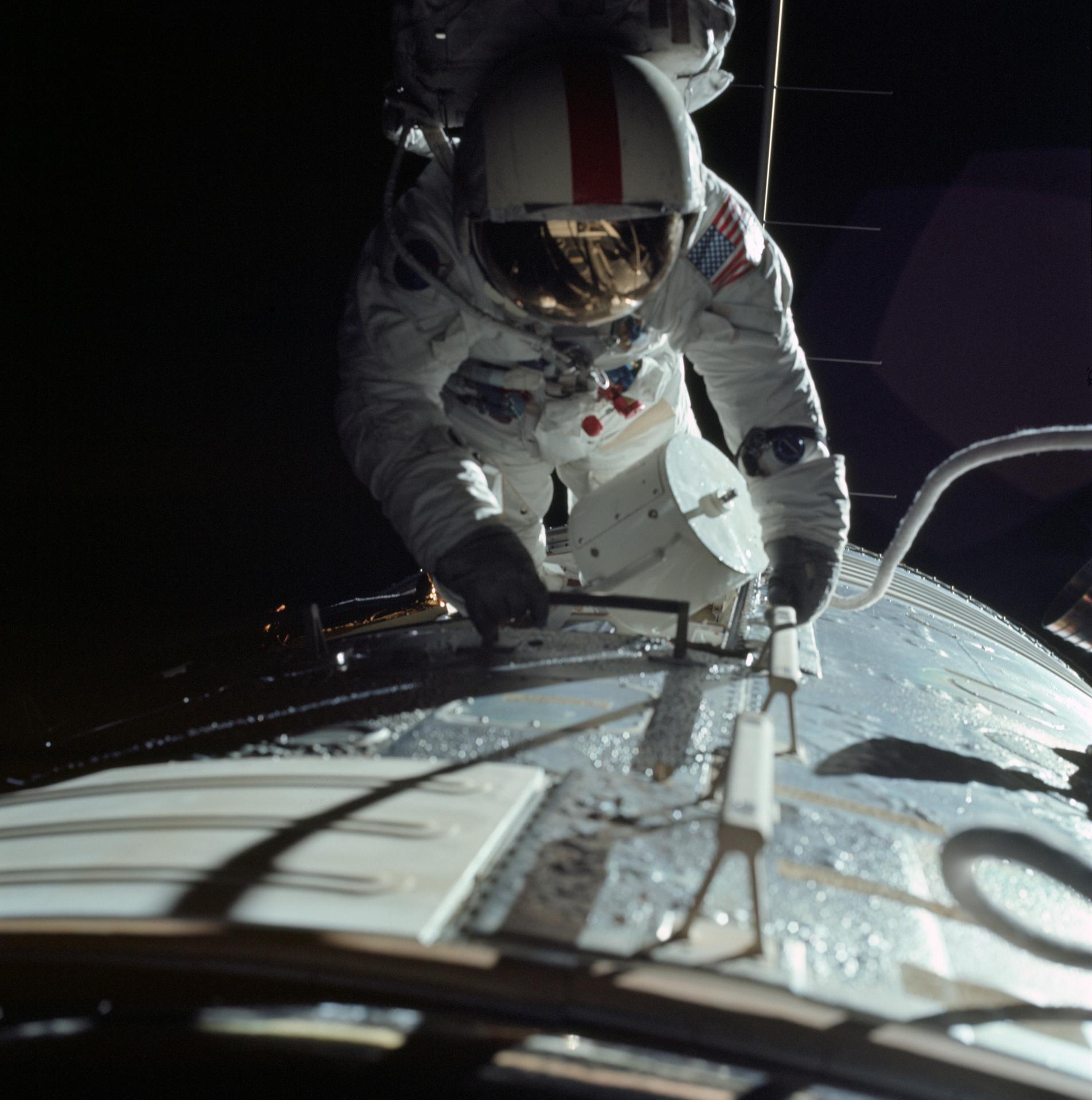 “AS17-152-23393 (17 Dec. 1972) — Astronaut Ronald E. Evans is photographed performing extravehicular activity during the Apollo 17 spacecraft’s trans-Earth coast. During his EVA, command module pilot Evans retrieved film cassettes from the Lunar Sounder, Mapping Camera, and Panoramic Camera. The cylindrical object at Evans’ left side is the Mapping Camera cassette. The total time for the trans-Earth EVA was one hour seven minutes 18 seconds, starting at ground elapsed time of 257:25 (2:28 p.m.) and ending at ground elapsed timed of 258:42 (3:35 p.m.) on Sunday, Dec. 17, 1972.” NASA photo.

Evans may have had the most fun of anyone who performed a deep space EVA during the Apollo program, compared to the businesslike Al Worden and Ken Mattingly of Apollos 15 and 16. A recently unearthed 1983 talk that was available on of-its-time VHS tape called Let’s Fly to the Moon shows a downright exuberant Ron Evans; if you had to spend days cooped up with someone in lunar orbit sans a real toilet and regular showers, you’d want to spend it with him – because he comes across as being so approachable, friendly, and so much fun. A Long Voyage to the Moon underscores that this persona wasn’t just an act for public consumption. Barbara Cernan relates in the book, “He had beautiful eyes, twinkly eyes – I’m an eye person. I always look people in the eye; that’s the first thing I notice about a person. And he smiled all the time.”

NASA photo, December 19, 1972. Apollo 17’s command module America by its recovery ship, the USS Ticonderoga, which once boasted Ron Evans as a member of its crew prior to his NASA years.

Most of all, A Long Voyage to the Moon is a love story, and is anchored throughout by stories from Evans’ widow, Jan. The couple married in 1957, and were inseparable until Ron’s death in 1990 at the obscenely young age of 56. By the book’s end, the reader’s heart aches not just for Evans’ family at the loss of their husband, father, brother, and colleague, but for an entire era that was defined and sweetened by the heroics achieved and humanity demonstrated by figures such as Evans. One just wishes we’d had more time to get to know him. An essential read.

A Long Voyage to the Moon is available for purchase via the University of Nebraska Press website.