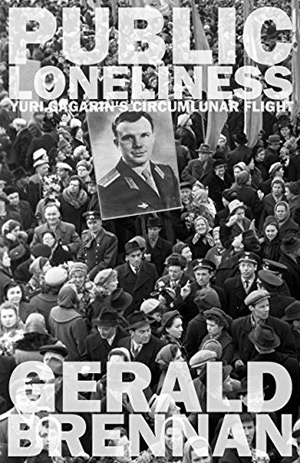 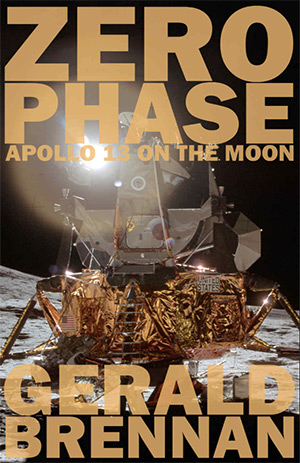 There seems to be a boomlet of alternate histories of the space program underway. In addition to these short novels (really novelettes) from Gerald Brennan, there are books out there about a rescue of the Columbia crew (Launch on Need by Daniel Guiteras), covert Air Force Gemini Flights (the Blue Gemini series by Mike Jenne), and perhaps more that I haven’t seen yet. Alternate history, done well, is a subgenre that especially rewards history buffs with details of the real history hidden like Easter eggs within the fictional reworking of actual events, and stretches the speculative muscle.

Brennan serves up two compelling “what ifs.” What if the explosion of the fuel cell in the Apollo 13 Service Module had occurred after Jim Lovell and Fred Haise had landed on the Moon, instead of before? And what if, instead of launching Vladimir Komarov to his death on a defective Soyuz 1, the Soviets had instead tried a circumlunar flight with an equally unproven Zond (a Soyuz variant) carrying Yuri Gagarin as its pilot?

Let’s start with the Apollo 13 story. Obviously, if the explosion had taken out both fuel cells, as it did in the real history, the crew would have no hope of getting home. Once the Lunar Module Aquarius lands on the Moon, it’s no longer available to be used as a lifeboat to get home; all of its fuel, and too much of its electric power and consumables, is used up landing and returning to lunar orbit. So there’s no story if the explosion takes out both fuel cells—no electric power for running the navigation computer and the Service Module engine to send the Command Module Odyssey homeward, and to run the life support equipment on the homeward voyage. But if the explosion occurred about two days later than it actually did, there’d be less oxygen and hydrogen in the fuel cells, so perhaps the explosion would be less powerful and leave the crew with one operational fuel cell with which to limp home.

That still leaves the potential damage to the Service Module’s engine to consider. Would it be damaged badly enough that burning it at full thrust long enough to break out of lunar orbit would cause another explosion, this one fatal? Or would the engine light at all?

The historical background for the tale of Gagarin’s circumlunar flight will be less familiar to many readers, but in both cases readers who are familiar with the events in question will quickly realize that Brennan knows his stuff. The stories are meticulously researched, and both books conclude with a set of notes on sources for further reading. Brennan is able to weave technical details of the hardware, particularly the Apollo navigation computer and the Zond attitude alignment systems, into the story better than most authors. Descriptions of this type often bog the narrative down and cause less nerdy readers to tune out, but Brennan’s techno-talk fits the narratives seamlessly.

Here’s a beautiful bit of description on how to enter instructions into the Apollo computer, which explains some terms I heard half a century ago and always wondered about—until now: “Verb 21, noun 69. I key in the command. Some programmer at MIT realized years ago that most of our computer commands would be simple sentences. Verb, noun. It was a temporary solution. Six years later, we’re flying it to the Moon. That’s how it is in engineering. The temporary becomes permanent, if it works. Verb, noun. Display angles. Calculate orbit. Fire engine.”

In both books, the stories are told in first person present tense (Lovell and Gagarin, respectively). I generally find this an annoying artistic choice, but in these cases, it works. Zero Phase is exceptionally short, and crammed with action narrative of the Apollo 13 crew scrambling to save themselves, so there’s not a lot of room for character development. The events are the story. Public Loneliness, in contrast, is nearly twice as long; the events take place over six days instead of a few hours, and it is a character-driven story where the crisis unfolds more slowly. The Zond spacecraft has some flaws, and correcting its navigation errors uses up its fuel reserves until the safety margins disappear.

Public Loneliness is all about what’s going on in Gagarin’s head, and Gagarin is a tough historical figure to understand. The Soviet state built him into a mythic figure, and separating the person from the public image is a real chore. As someone who’s read a lot on this subject, it looks to me as if Brennan has done about as well as anyone can. Certainly the Gagarin who narrates this story is a plausible figure, based on the sources available to us here in the West.

Both books use the same plot device to bring their narrative to conclusion. No spoilers here, but I found that particular plot device to be something of a cheat. It will annoy some people; others will think it just fine. With this caveat, I recommend the books to alternate history fans and anyone interested in the exiting days when low Earth orbit was not the highest we could reach.