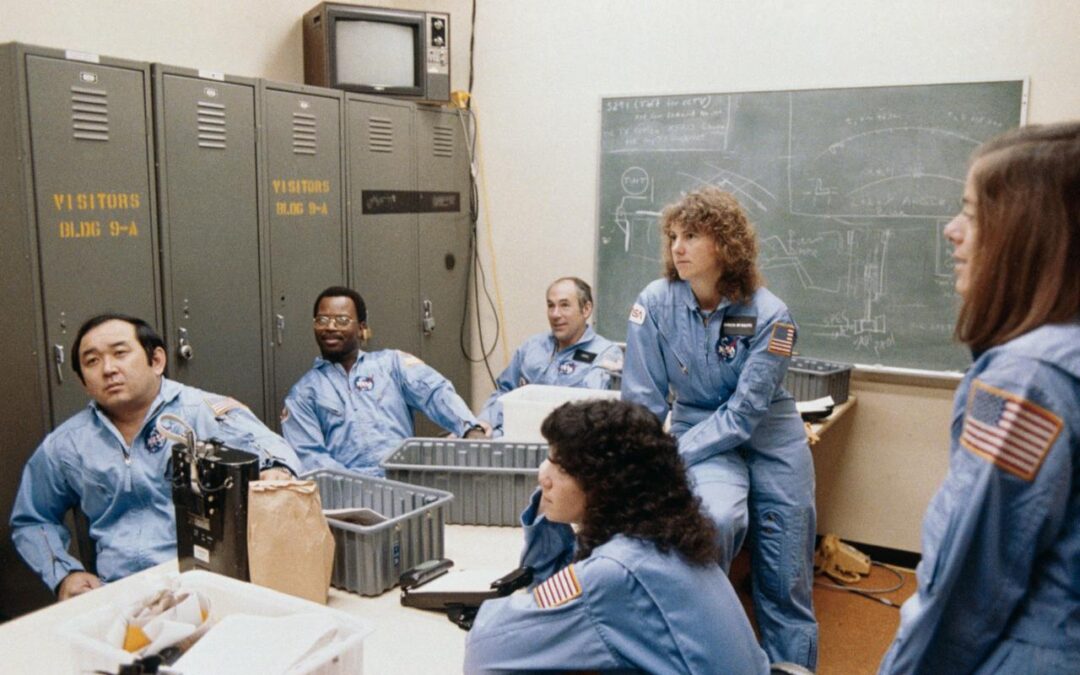 When this author discovered a new book was being released about the 1986 Challenger disaster, there was hesitation in buying it for two reasons. The first reason: Challenger has been covered so much in literature, film, and television, I couldn’t see how any book touted as being “the untold story” would uncover new perspectives concerning the morning of January 28, 1986. The second reason was that 35 years after the tragedy, I still have great difficulty thinking about that moment in time.

For many of us in central Florida, even if we had zero affiliation with NASA or spaceflight, the events became deeply personal and painful. The launch’s aftermath was splashed against the blue, cold skies that morning for thousands – if not millions – of Floridians to view, and later that day, the television networks treated us to replay after cruel replay. All of this obviously pales against what the families of the Challenger crew and those who trained them in the months leading up to their launch experienced that awful morning.

However, a whim inspired me to check the book out via Kindle, and The Burning Blue: The Untold Story of Christa McAuliffe and NASA’s Challenger Disaster by author Kevin Cook is in turns inspiring, maddening, and heartbreaking. The Burning Blue focuses much of its narrative around the selection and training of Christa McAuliffe, the winsome, plucky awardee of the Teacher in Space Program, who was chosen from a pool of 11,000 candidates not for her scientific chops, but for her ability to bring space “down to Earth” for regular people.

A social studies teacher, McAuliffe may have seemed to be an unorthodox choice for such a mission, but the reader discovers how her media-ready smile and middle-class authenticity made her the perfect Everywoman to represent her profession in space during the mid-1980s, a time when both teaching and spaceflight needed a boost in popularity. And boost popularity she did – McAuliffe became a bonafide media celebrity during her last few months, appearing on The Tonight Show, Today, and other TV mainstays. The juxtaposition of her newfound fame and her genuine enthusiasm to fly in space against NASA’s callous decision to launch her mission during an unprecedented central Florida cold snap is downright chilling.

Speaking of Everywoman, The Burning Blue combines McAuliffe’s narrative with that of the other woman crew member aboard STS-51L, Judith Resnik. This book may function as one of the most complete Resnik biographies in existence, and chronicles her 36 years admirably. One of the most brilliant engineers of her time, Resnik also had to navigate the rocky 1970s and 1980s when being an unmarried career woman without children inspired a lot of raised eyebrows, and not always much respect. In addition, it didn’t help much that Resnik was drop dead gorgeous, and spiritedly could hold her own with any hapless news reporter with whom she encountered (or sparred). McAuliffe, who taught a course called The American Woman at Concord High School in New Hampshire, too found herself inspired by Resnik’s genius and independence, even wearing her permed curls wild like her astronaut mentor. It’s wonderful to know that McAuliffe also loved Resnik’s brand of cool, just like many of us young girls did watching The Dream is Alive during the 1980s, coveting Judy’s shiny black curls floating in microgravity.

The Burning Blue does not shy away from identifying those responsible for the egregious chain of decisions that led to tragedy in the Florida skies. William R. Lucas, who headed Marshall Space Flight Center in Huntsville, is specifically named; a memo from an anonymous Huntsville middle manager using the pseudonym “Apocalypse” namechecked Lucas as a quasi-cult of personality who would stop at nothing to stick to draconian launch schedules. Lawrence Mulloy, who reported directly to Lucas and was the agency’s director of the solid rocket booster program, also gets what he deserves in the book’s post-tragedy narrative. In this respect, The Burning Blue is almost like a literary extension of last year’s fine Netflix series, Challenger: The Final Flight, which chronicled the astronauts’ lives respectfully, but left no guesses as to who and what caused the tragedy. Like the Netflix series, The Burning Blue features interviews with some of the Challenger family members, including Christa’s widower Steve McAuliffe, who understandably has distanced himself from the media since January 1986.

While much of the information in The Burning Blue isn’t brand new, it beautifully – and sadly – chronicles a surreal time in human spaceflight history. 1985, the Space Shuttle’s most prolific year, made spaceflight look almost as “routine” as jumping on a red eye to head to Houston for a fun, breezy weekend. However, this book makes it all too clear how dangerous it is to underestimate “acceptable risk.” A recent essay by retired NASA astronaut Mike Mullane, who flew with Resnik on Discovery’s 1984 maiden voyage, sums up the thoughts of many as we now enter the realm of commercial spaceflight opening up the cosmos to regular people: “Has anybody reminded [Jeff] Bezos, [Richard] Branson and [Elon] Musk of that fact? That would certainly be an interesting conversation, ‘Hey, boss. Just thought you should know the rocket we built with all that money you gave us can still kill you.’ But it needs to be said. And it needs to be said to every space tourist who follows…Space is hard.”

The Burning Blue was published in June, and is available for purchase via Macmillan Publishers, Amazon, and other major book retailers.