Deconstructing A Myth: A Personal Journey 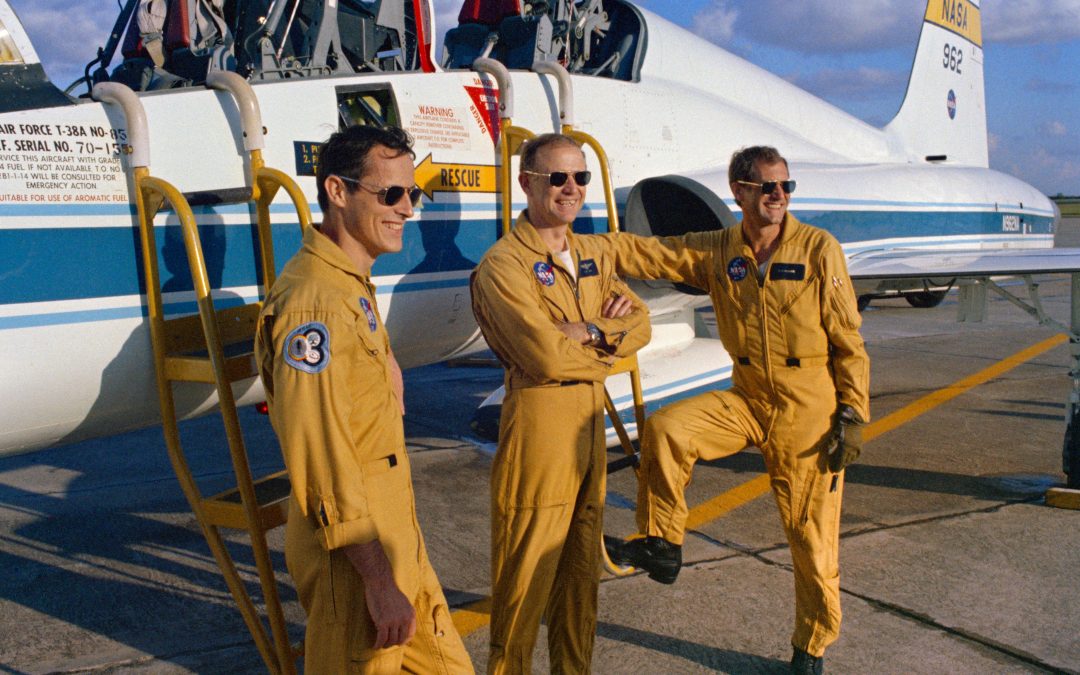 In July 2013, I was honored to attend the Astronaut Scholarship Foundation’s gala dinner celebrating Skylab’s 40th anniversary at Kennedy Space Center Visitor Complex’s Saturn V Center. I had been a massive Skylab fan pretty much my entire life, and to say I was excited was an understatement. After a cocktail party and dinner, the crowd – including me – settled in to hear a Skylab astronauts’ panel moderated by SMEAT (Skylab Medical Experiment Altitude Test) and Space Shuttle astronaut, Bob Crippen. It was a big thrill to see the Skylab 4 crew on stage together – mission commander Gerald Carr, pilot Bill Pogue, and science pilot Dr. Ed Gibson. Their mission, I felt, hadn’t gotten the same coverage as the earlier Skylab missions, perhaps because their 84 days in space made life in low Earth orbit seem “routine” even as far back as 1973 (even though it was anything but “routine”). At any rate, it was a joy to hear them discuss their spaceflight experiences and their mission milestones during this panel.

Around the same time, I became aware that many articles and YouTube videos – some by spaceflight reporters, even – purported that some sort of purposeful work stoppage (a “strike,” or even a “mutiny,” if you will) had occurred during the Skylab 4 mission. I was a little surprised by the preponderance of these articles and videos, since, by that time, several widely-available books and sources had, I felt, successfully debunked this myth. But within the last decade, we still saw articles with salacious headlines such as: “The day when three NASA astronauts staged a strike in space” (from the Los Angeles Times, December 28, 2015) and the super-sensationally titled “Mutiny in Space: Why These Skylab Astronauts Never Flew Again” (from Smithsonian.com, February 8, 2017).

By 2016, I had really grown tired of hearing this myth; having met the three Skylab 4 astronauts even as briefly as I had, I did not get the slightest inkling that, as a group, they could’ve staged some sort of “coup” in space. They seemed chronically normal in my eyes: Carr seemed professional and businesslike, yet friendly, Pogue came across as smart and hilarious, and Gibson came across as a mix of those qualities. It was also difficult for me, as a military veteran, to envision Marine Carr and the Air Force’s Pogue suddenly exhibiting difficult, stubborn behavior, and roping civilian astronaut Gibson right into it. (The military power structure doesn’t allow for that kind of thing.) So, I wrote a short blog post (which is now available in its original form on this website) discussing the alleged “mutiny,” and how it didn’t happen. For a blog post from an independent source not aligned with a news service or major spaceflight website (at that time, This Space Available was on Blogger), it gained a huge readership, and still is one of my most-viewed pieces. This makes me very proud.

When I was invited to speak at this year’s Spacefest X in Tucson, Arizona, there was no other topic I wanted to discuss. I broke out all of my well-worn Skylab books to reference, found some good memes, and went to work. The day finally arrived this past August 9th, and I sauntered up to the stage with my notes, my flash drive with my PowerPoint, and the characteristic crippling back pain I get whenever I’m nervous.

I knew Dr. Ed Gibson would be attending my talk, but I didn’t expect him to politely offer to sit on the stage alongside me to answer any questions afterward. What if he hated my presentation, or was offended? (I put in a few good-natured, humorous jibes at his reputation as one of NASA’s handsomest, well-dressed 1970s astronauts.) Turned out, I had nothing to worry about – he seemed very pleased that people were realizing en masse that the “strike” myth was just that – something a few writers latched on to during the 1970s in a quest for needless drama. Also, he has a good sense of humor (thankfully).

I want to add that I wasn’t the first one to write or speak about Skylab 4’s workflow issues. In fact, I wasn’t even close. The first popular article that attempted to debunk this myth was most likely “Skylab: Outpost on the Frontier of Space,” written by Thomas Canby, which was published in National Geographic in October 1974, months after the Skylab 4 crew arrived back home after completing a successful mission. Other authors who have written extensively about the “strike” that didn’t happen include (but are probably not limited to): David Hitt, Dr. Joe Kerwin, Dr. Owen Garriott, David Shayler, Wes Oleszewski, Dwight Steven-Boniecki, Jim Scarborough, and Dr. Ed Gibson himself. (If I am forgetting to cite anyone, please add your name in the comments.) A just-released film, Searching For Skylab (directed by Boniecki), also goes after this assertion, with remarks from the actual astronauts. So, it’s still completely mystifying, to me, why this myth continues to occasionally rear its ugly head. But, for now, I think this myth can be considered “busted,” if not dead in the water.

Thanks to all of those who supported the cause along the way.