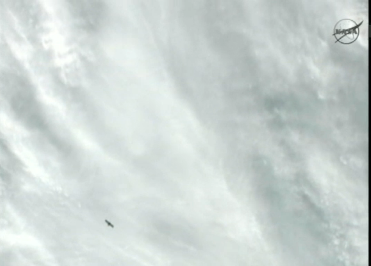 This image was captured moments before ISS contact was lost. Several minutes later, Dragon crossed directly under the International Space Station and disappeared into the shadow of the Earth.

All tests so far have been concluded successfully. Today, Dragon will continue its flight around the space station.

Tomorrow, it will approach and eventually be berthed with the space station.