At 3:56 AM Pacific Daylight time, Wednesday 10 October, the SpaceX Dragon space craft was successfully grappled by the Canadarm on the International Space Station (ISS). Referring to the fact that Dragon is capable of carrying powered equipment to and from the space station, the space station crew reported that they had captured Dragon and were looking forward to the chocolate-vanilla swirl ice cream in the freezer aboard the space craft. 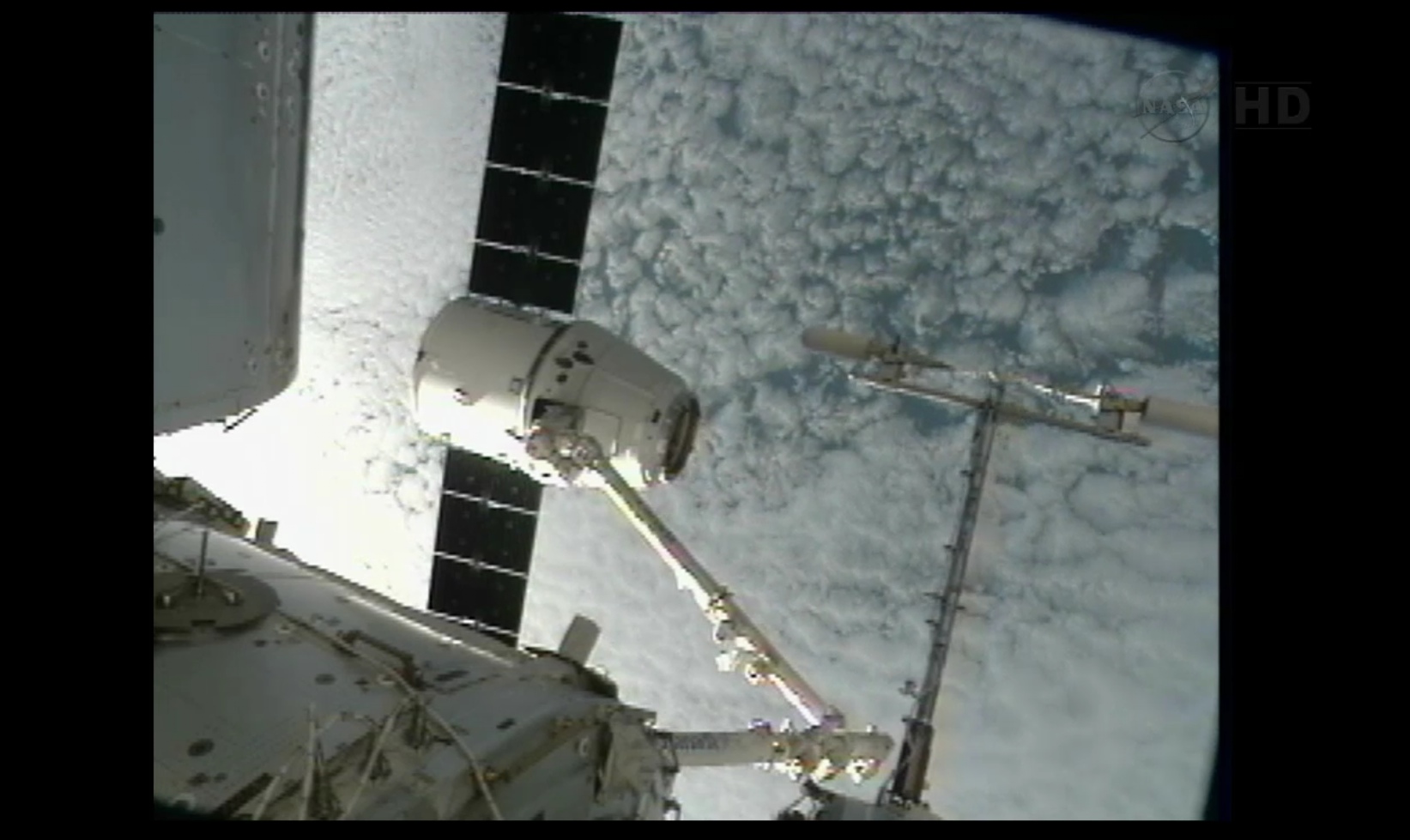 Dragon Attached to ISS – In The Sunlight Above Earth
Image Credit: NASA TV