Dragon XL Slated to Soar to the Moon 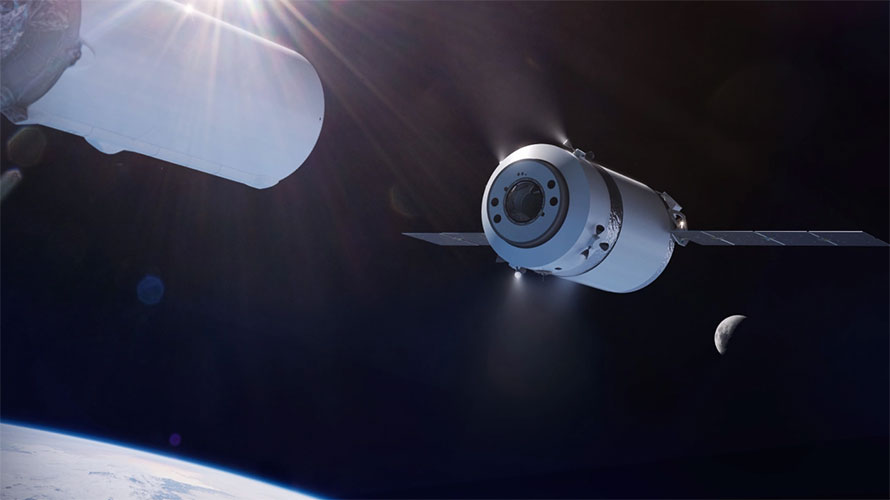 By Dale Skran, Chair of the NSS Executive Committee

NASA today announced that SpaceX has been chosen to provide a cargo vehicle, the Dragon XL (illustrated above), to support the lunar Gateway as part of the Artemis program. It is expected that a second cargo provider for Gateway will be added to the program at a future time to provide dissimilar redundancy. The logistics contract has a maximum total value of $7 billion, so SpaceX may receive about half of this amount.

Contracts for two other key parts of Gateway—the Power and Propulsion Element (PPE) and the Habitation and Logistics Outpost (HALO)—have been won by Maxar Technologies and Northrup Grumman respectively.

The Dragon XL somewhat resembles the Cygnus vehicle currently used to supply cargo to the ISS. The Dragon XL can carry up to 5 metric tons to the Gateway in lunar orbit, and like Cygnus provides for the ISS, will offer garbage disposal services to the Gateway. The first flight of the Dragon XL, which will be launched on a Falcon Heavy, is targeted for the mid-2020s.

This unexpected announcement may be intended to show NASA’s commitment to the Gateway architecture and a sustainable return to the Moon in the context of pressure from the House (H.R.5666) to force NASA to not require Artemis lunar landers to dock with the Gateway for a 2024 lunar landing. Additionally, this contract demonstrates the intention of NASA to use commercial providers as part of Artemis rather than owning and operating all components itself. A major thrust of H.R.5666 (not yet passed by the House) is to force NASA to develop, own, and operate all human-class lunar landers that are part of Artemis. This approach effectively prohibits commercial participation in the provision of human-class lunar landers as part of early Artemis landings.

NASA has yet to fully describe an updated Artemis plan, so many aspects remain murky. Some speculations that arise from the Dragon XL announcement are:

In matters unrelated to Dragon XL, if human class lunar landers are not required to dock at the Gateway, this opens the door to NASA making use of Starship/SuperHeavy further down the road in Artemis.