End of 2011: Top Space Happenings of the Year 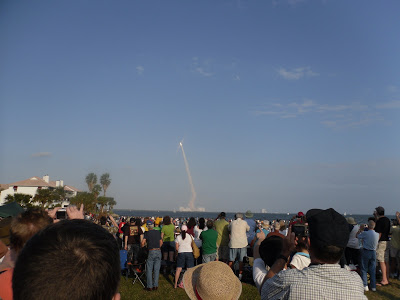 STS-133 launches in February 2011. Photo by the author taken at Space View Park, Titusville, Florida.
Despite the end of the space shuttle program in July of this year, NASA still is chugging away victoriously. Obviously, the final shuttle launches were momentous, but this year brought thrills to space watchers in the form of various space probes being launched. 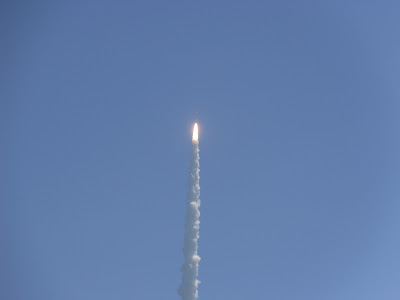 In August, Juno was launched. Photo by the author taken at Kennedy Space Center.
In August, Juno was launched – it is now headed to its destination, Jupiter. I had the unique honor of being invited to the NASA Tweetup for this mission; the event was among the two greatest days of my life, no joke. Words can’t really capture the awe of what I experienced there.
In September, the twin GRAIL probes were launched to investigate the moon’s gravitational sources; these probes should arrive at the moon later this month. Most recently, the Mars Curiosity mission (Mars Science Laboratory) was launched, destined to reach the red planet in August 2012. Between the United Launch Alliance and JPL, NASA has more than proven itself to have a lot of life left in it.
Russia, despite having suffered some well-publicized vehicle failures this past year, has successfully launched several crews to the ISS via Soyuz capsules.
In 2012, I hope to make it back to KSC to be around for SpaceX (planned to launch in February) and any other planned launches. My heart is located in Titusville and Cocoa Beach; I love the history of that area. I also hope to see private companies and NASA more aggressively develop new space vehicles and launch systems to get our manned program back into gear. 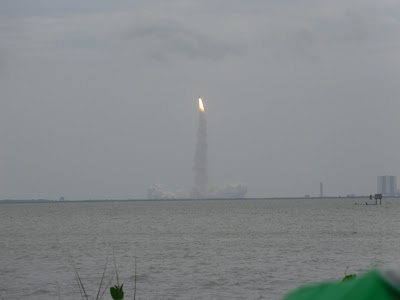 What would you like to see NASA do in 2012? Feel free to leave comments!