Prof. Johann-Dietrich Wörner, Director General of the European Space Agency (ESA), is the winner of the National Space Society’s 2017 prestigious Wernher von Braun Memorial Award. This award recognizes Wörner as an effective leader of the European Space Agency and the contributions of ESA to the world space community. Prof. Wörner will accept the award on Friday, May 26, 2017 at the National Space Society’s 2017 International Space Development Conference® (isdc.nss.org/2017). This will be the 36th ISDC® and will be held in St Louis, Missouri at the Union Station Hotel. The conference is open to all and will run from May 25-29, 2017. Prof. Wörner will join other luminaries such as NASA Associate Administrator Bill Gerstenmaier, Gemini and Apollo astronaut Thomas Stafford, space program pioneers MAC’s Old Team, and the Kepler-K2 space mission team.

About the von Braun Award 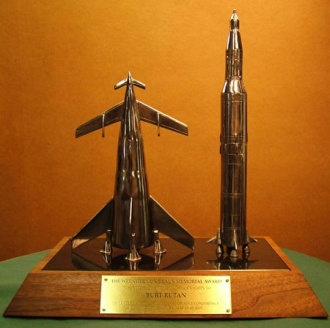 The von Braun award is given in odd-numbered years to recognize excellence in management of and leadership for a space-related project or effort. The project or effort must be significant and successful and the manager must have the loyalty of a strong team. The award was originally proposed in 1992 by National Space Society Awards Committee member Frederick I. Ordway III, a close associate of and co-author with Wernher von Braun.

As shown to the left, the award consists of a representation of the von Braun “Ferry Rocket” design from the early 1950’s, beside a representation of the actual Saturn V rocket used in the Apollo program. These are set on a base inlaid with black granite and with a brass plaque. The two rocket figures are to scale: one represents the dream, the other—fulfilled reality. This award was created and cast in stainless steel by Michael Hall, a renowned artist, sculptor and foundryman, owner of the Studio Foundry in Driftwood, TX. Recent winners include the Mars Science Laboratory (Curiosity Mars rover) Team, Dr. A.P.J. Abdul Kalam (former President of India), and Elon Musk. More information about the von Braun award and past recipients can be found on the NSS awards page. 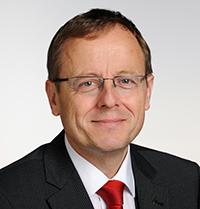 As ESA Director General, Prof. Wörner heads one of the world’s leading space organizations. ESA is contributing to the current global effort to explore the solar system via important projects like ExoMars and Rosetta/Philae. ESA is also in cooperation with projects at other space agencies worldwide like the James Webb Space Telescope.

NSS recognizes Prof. Wörner’s great success in leadership, both in academia and in government, and his excellence in mediation. He is now using both skills to support the space community and expedite its goals.

From July 1995 to February 2007, Wörner was the president of the Technical University of Darmstadt. In 2011, the state government of Baden-Wurttemberg appointed him to serve as a mediator for the railroad infrastructure project Stuttgart 21. Before joining ESA, between 2007 and 2015, Prof. Wörner served as Chairman of the Executive Board of the German Aerospace Centre, DLR, as well as Chairman of the ESA Council from 2012 to 2014. As head of ESA, he is promoting the “Moon village” concept, a vision for global cooperation beyond the International Space Station era. This would be a great asset to an integrated human space program. His support of public-private partnerships as part of the “Space 4.0 approach” aligns with the NSS vision and is supported by NSS.