In April 1972, the Apollo moon missions were winding down, and Apollo 16 was launched into history for a few unique reasons. It was the penultimate moon mission, landing in the Descartes Highlands region (Apollo 17 would close out 1972, and at present time, is still – sadly – the last manned moon mission ever). Also, it would be remembered because mission commander John Young had a few choice words to say about NASA’s choice of beverage for their mission.

Some background: the moon walkers of Apollo 15, Dave Scott and Jim Irwin, had some difficulties with their heart rhythms on the moon’s surface. Shortly after, Jim Irwin would suffer a heart attack back at home on Earth (unfortunately, Irwin was plagued by heart problems throughout the rest of his life). NASA flight surgeons theorized that the men had encountered these difficulties because of a lack of potassium in their diets. In short, Apollo 16 was loaded up with a rather unpleasant tasting orange drink to counter these medical issues. Days into the mission, John Young would encounter some problems with his gastrointestinal tract because of this orange-y, gassy concoction.

On the moon’s surface, somehow Apollo 16’s LEM inhabitants (Young and Charlie Duke) acquired a hot mike, meaning that ground controllers could hear every word being said inside the LEM. They heard John Young complaining at length – using some rather colorful language – about the orange juice. By this point John had a slight problem with gas, and was being pretty open about it with Charlie Duke (who should be canonized for having to deal with this). The very best excerpt of this exchange includes this golden nugget:

“I mean, I haven’t eaten this much citrus fruit in 20 years! And I’ll tell you one thing, in another 12 f–king days, I ain’t never eating any more.”

Later, after John had complained some more about farting up a storm on the moon, Mission Control finally alerted him rather awkwardly about the hot mike situation. The entire completely hilarious exchange is captured in the video posted above.

When Apollo 16 returned home days later, some reporters lobbed some oranges at Young, Duke, and CM pilot Ken Mattingly at a post-flight press conference. The three men smiled rather sheepishly. Years later, when asked if he drank orange juice, Young was quoted as saying, “Oh, yeah…it’s good for you.” 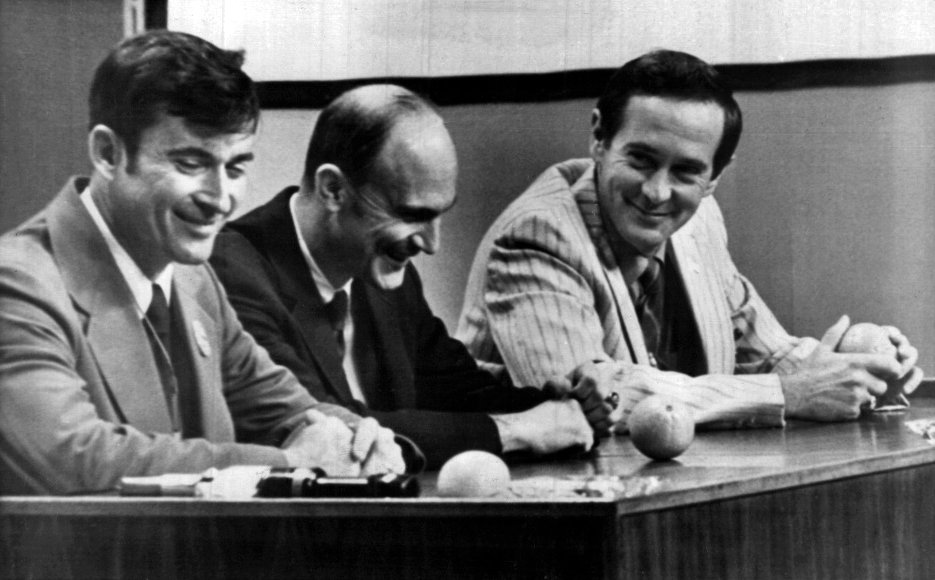