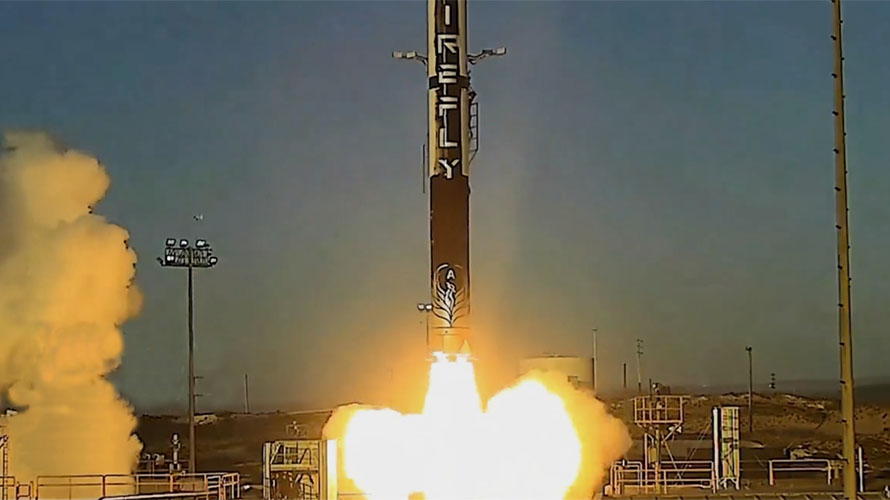 In 2015 I wrote an article for Ad Astra titled “New to Flight: Reducing the Cost of Access to Space,” which reviewed the prospects for the three initial winners of the NASA Venture Class launcher competition: Firefly, Virgin Galactic, and Rocket Lab. Finally, 7 long years later, a Firefly Alpha lifted off at 12:01 AM PDT October 1st to a successful flight from Vandenberg Space Force Base in California. Truly, there has been a lot of water under the bridge since 2015. One sign of the amount of water is contained in the sentence above: “Vandenberg Space Force Base.”  It would be fun to write a history of each of these companies over the last seven years, and to follow their often-difficult paths to orbital flight. Indeed, for quite a while it appears Firefly would not succeed at all, but for now their prospects seem bright.

Since telling the tale of each company’s journey to orbit seems so daunting, I’ll limit myself to a brief recap of their current status. Firefly Aerospace was formed from the assets of Firefly Space Systems in March 2017 after the original company went bankrupt. The Firefly Alpha just launched uses all carbon-fiber composite material and sports LOX/RP-1 tap-off cycle engines in both stages. Tap-off engines allow for a higher thrust-to-weight ratio since a gas generator is no longer required. This is the first two-stage rocket to use tap-off cycle engines in both stages. The Blue Origin New Shepard uses hydrolox tap-off engines on its sub-orbital journeys.

Just another small launch vehicle seems unlikely to secure success for Firefly in today’s ultra-competitive launch environment, but in August 2022 Northrop Grumman contracted with Firefly to build the engines for the first stage of their Antares vehicle. Since the Antares lofts Cygnus supply missions to the ISS, this contract looms as foundational to the future of Firefly. Another building block toward Firefly’s future success is a 2021 contract from NASA for $93.3 million to deliver science payloads to the Moon as part of the Commercial Lunar Payload Services (CLPS) program. For this project, Firefly is supplying the Blue Ghost lander, and has purchased a ride on a Falcon 9. Looking toward the future, Firefly engineers are building the Firefly Beta, planned to loft 13,000 kg to LEO, more than half the capacity of the Falcon 9.

Rocket Labs has emerged from the original venture class as the leader by far, first reaching orbit in January 2018, followed by a total of 28 successful flight, most recently on September 15, 2022. This record was achieved with only two failures, on the 1st and the 13th flights. Currently the company is focused on developing the ability to re-use the first stage via air-capture utilizing a helicopter and parachutes. With two operational launch sites in New Zealand, and a third under construction at NASA’s Wallops Flight Facility in Virginia, Rocket Labs appears poised for greater successes to come. After going public via a SPAC in August 2021, Rocket Labs acquired Advanced Solutions, Planetary Systems Corporation, and SolAero, with the result that the company now derives significant revenue from space services other than launch. Two major projects in the offing for Rocket Lab are the first private probe to Venus, planned for launch on an Electron rocket in May 2023, and the development of the Neutron rocket, planned to launch 8,000 kg to LEO and targeting full first stage reuse via return to launch site.

Virgin Galactic spun off Virgin Orbit in 2017 to create a company that focused just on air-launch to orbit. Virgin Orbit relies on a modified Boeing 747-400 to move LauncherOne to the proper position, from which it can loft 500 kg to LEO, or 300 kg to sun-synchronous orbit. After a failed first launch attempt on May 25, 2020, Launcher One has reached orbit four times, most recently on July 2, 2022. Virgin Orbit went public December 30, 2021 via a SPAC merger. Virgin Orbit has a reasonably full manifest, and is focused on operating from various international launch sites, including Cornwall, England, the Toowoomba Wellcamp Airport in Queensland, Australia, and the Alcantara Launch Center in Brazil.

We’ve come a long way in terms of small-vehicle launch options since 2015. Customers now have a variety of alternatives to the venerable but expensive Pegasus. The initial venture class is being joined by companies like Relativity Space, Astra, and ABL, but the big story is the steady drumbeat of SpaceX “Transporter” rideshare flights, which starting on January 24, 2021 with the launch of 143 satellites to LEO on Transporter 1, a record at the time, and most recently on May 25, 2022 with 59 payloads on Transporter 5, have been delivering small satellites to orbit starting at $1.1M for 200 kg to sun-synchronous orbit. The future seems bright indeed if you want to fly to space more easily and less expensively than ever before!