‘For All Mankind’ and The Price of Women’s Pain 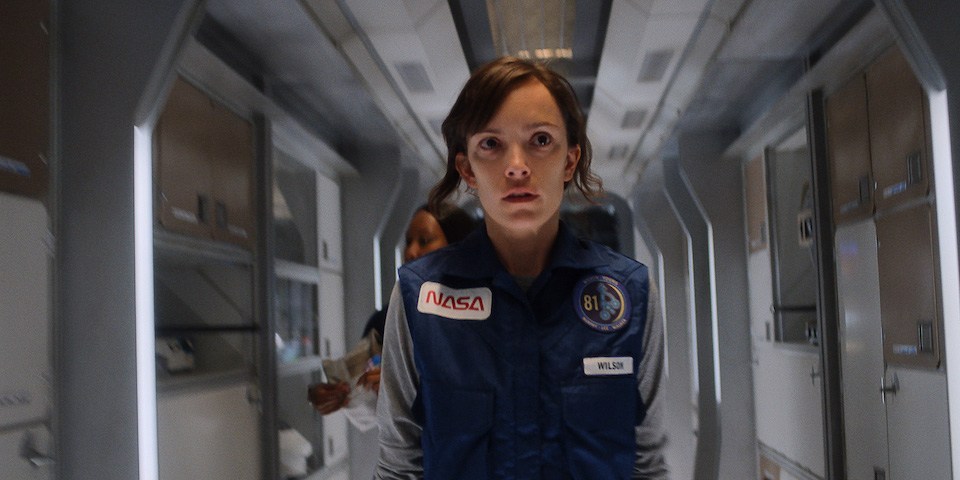 On February 19th, Apple TV’s For All Mankind debuted its second season, and catches up with the women characters we’ve gotten to know during the show’s first season. Perhaps the most notable and unique characteristic of FAMK is how it depicts its women – astronauts, ground support crew, and wives/mothers – as real people with real issues, similar to how the AMC show Mad Men turned the image of the well-coiffed, lipsticked 1960s woman inside out during its seven seasons, and how Star Trek has allowed its women characters to drive the show’s narrative (not too surprising, because FAMK creator Ronald D. Moore worked on multiple Star Trek series). In the new episodes of FAMK, its cadre of women move from support roles to the main stage – all experiencing, but yet not quite expressing deep emotional and/or physical pain as the events of the 1980s unfold. Note: this piece contains spoilers of For All Mankind Season 1, and the first two episodes of Season 2.

From its very start, Season 2 references the visible and invisible loads its women carry. Season 1 ended with astronaut Danielle Poole (played by Krys Marshall) literally embodying physical pain, as she breaks her arm – on purpose – to save colleague Gordo Stevens’ career, following his mental breakdown at Jamestown, NASA’s Moon base by Shackleton Crater. Season 2 opens with Poole coming back to active astronaut status after a long sabbatical that really wasn’t a sabbatical at all – we find out that during the last decade, she was attempting to save her distressed Vietnam veteran husband, but to no avail. Her reputation still sullied by the “accident” at Jamestown, and having been out of the loop at NASA for 10 years, Poole has effectively sacrificed her own career ambitions to save troubled men. Molly Cobb, NASA’s first woman on the Moon (played by Sonya Walger), fares no better in Season 2’s first episode. During a solar storm, against NASA protocol and her own better judgment, she saves a male colleague – ESA astronaut Wubbo Ockels – after he accidentally crashes a Lunar Roving Vehicle, carrying him on her back while accruing a worrying radiation dose. Women carrying men “on their backs” – visually and figuratively – is a theme expressed frequently in FAMK.

While no-nonsense astronaut Ellen Waverly Wilson (played by Jodi Balfour) is not affected physically by the same solar storm, she returns to Earth to a loveless marriage, with a past fulfilling same sex relationship very much still on her mind. Tracy Stevens (played by Sarah Jones) now has a new fluffy perm, a hot little black dress she wears on The Tonight Show with Johnny Carson, and a surprise new marriage to a tycoon; she appears to have completely rebelled from the “perfect astronaut and wife” image she embodied in Season 1, and has ironically embraced the reckless impulsivity enjoyed by hapless ex-husband Gordo. Karen Baldwin (played by Shantel VanSanten), astronaut Ed Baldwin’s wife, responds to the news of Tracy’s Las Vegas nuptials by downing a few glasses of The Outpost’s finest whiskey, perhaps reminded too much of her own sacrifices in her marriage – which last season, involved her having to say goodbye to their dying son, alone, while Ed finished a mission at Jamestown. Despite their loss, we discover how Karen has empowered herself following this tragedy, buying The Outpost and adopting a daughter, a refugee from Vietnam, years previously.

As the 1970s segued into the 1980s, in real life and in FAMK’s timeline, society saw how women could thrive in typically “male” roles. In addition, as the 1980s unfolded, we saw in real life how women heroes were not immune from the same tragedies men could encounter. This became sadly apparent on January 28th, 1986, when Teacher in Space Christa McAuliffe and veteran astronaut Judy Resnik were killed seconds after shuttle Challenger launched on a too-cold morning. FAMK uses the vehicle of alternate history to illuminate how, as the decade progressed and gender roles changed, women were allowed to be “heroes,” but paid a price in physical (literally, in Poole’s and Cobb’s story lines) and mental pain that often went unspoken.

One notable thing on FAMK is how the women, despite enduring events that would flatten most people, seem stoic despite their pain. Poole relegates her one “freak out” to the interior of her car while waiting to enter The Outpost after her husband commits suicide. Cobb says nothing about her odd visual symptoms after she reenters Jamestown after the solar storm. Wilson seems downright happy and amiable, chatting politely with her sham husband before the solar storm puts a massive damper on a sublime, downright beautiful lunar sunrise scene. Stevens’ splashy appearance on The Tonight Show seems to be a calculated effort to announce “now it’s my time in the spotlight.” Karen Baldwin might be troubled and/or uncomfortably reminded of her own marriage issues by Tracy’s actions, but she decides to solve her problems at the bar, downing drinks and sneaking joints by its dumpster out back. Despite it all, everything – in spaceflight parlance – seems “nominal,” and the women present an image of having it all under control, when we all know nothing during the decade was “under control.” As the season unfolds, we will find out more about how political pressure and the still-ongoing Cold War influences FAMK’s NASA, and its decision-making.

Also in an ironic twist, a woman announces the first major crisis encountered in Season 2. On Skylab XIX, Irish ESA astronaut Doreen Campbell (played by Penny O’Brien) is stationed at the space station’s trusty old Apollo Telescope Mount control panel, and is the first to eyeball the approaching solar storm that will waylay spacecraft, including Jamestown. While Campbell also is not physically impacted by the storm, her very presence aboard Skylab – a famously all-male outfit in NASA’s actual reality, right down to the iconic images of its male astronauts shirtless in its shower – is downright revolutionary. It’s also noted, on Earth – by JSC Director Margo Madison (played by Wrenn Schmidt) – that Campbell likes to hide cold symptoms, and needs to inform flight surgeons of her condition every hour.

What a fitting metaphor to describe the women of For All Mankind, Season 2 – they like to hide things, and to deny the presence of pain, or of being uncomfortable. It’s a struggle and a reality all women universally have upheld, likely for centuries, and the show’s accelerated alternate history communicates it firmly. Time will tell if the women of 1983’s NASA in this season of For All Mankind will be able to finally, and explicitly, acknowledge that they’re hurting.