“For All Mankind” Season Opener Underscores Price of Human Progress 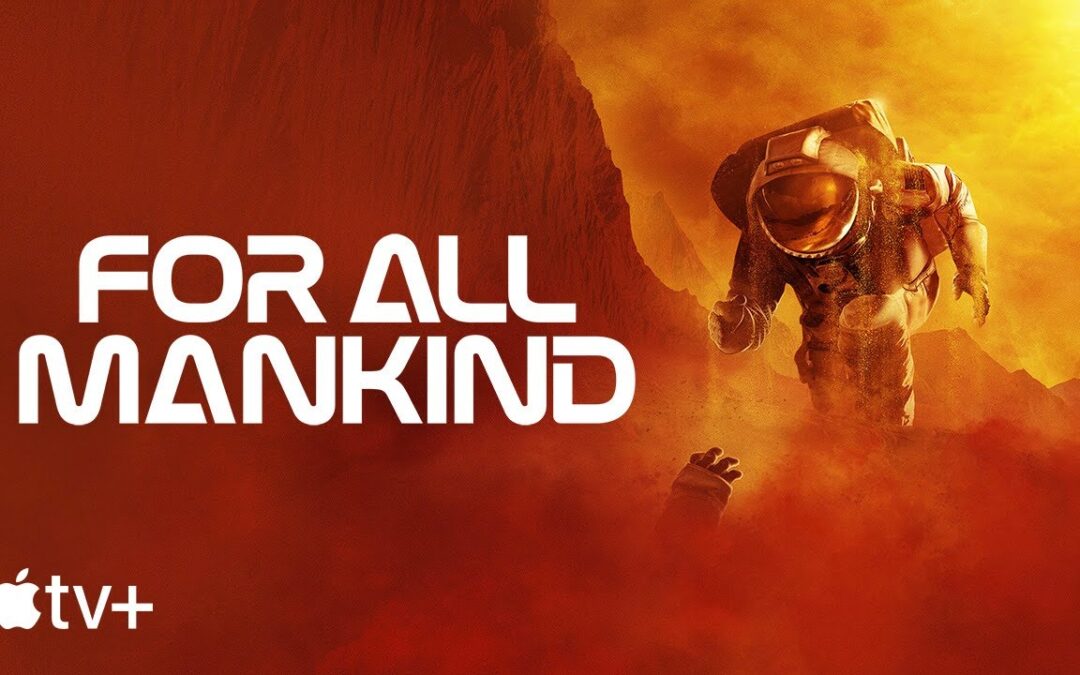 Author’s note: For All Mankind Season 3, Episode 1 SPOILERS are included in this review.

It doesn’t matter if we all die

Ambition in the back of a black car

In a high building, there is so much to do

Going home time, a story on the radio – The Cure, “One Hundred Years”

In 1982, Robert Smith of The Cure sang, “It doesn’t matter if we all die.” A LOT of people died in the last season of For All Mankind, which took place circa 1983. Smith’s brand of gothic pessimism for the 1980s was exemplified during Season 2 of the Apple TV+ show, which depicted a world increasingly embattled and torn apart by the Cold War, but briefly united by a shining example of international cooperation in space. Oh yeah, also, two of the show’s main protagonists died in what has been called the most beautiful yet disturbing “suicide mission” scene in modern television. Another protagonist essentially nuked herself in an effort to save a fallen colleague during a solar storm affecting the lunar surface. No one can accuse For All Mankind of sticking to insanely over-optimistic, sickly sweet TV tropes to satisfy its viewership.

Humanity’s fragility – regardless of race, country, or gender – is an overriding theme of For All Mankind. So, what made me think series creator Ronald D. Moore would play Episode 1 of Season 3 safe? The newest season of For All Mankind continues to spotlight that no human is immune to the sometimes-ugly price of progress, and this time, the “stage” has been extended to space settlements and Mars. Another indicator of the less savory side of technological advancement is the psychological toll endured by the show’s main characters; some have engaged in questionable decision-making during the previous decade, and relationships have been wholly impacted. Moreover, one very toxic alliance has been allowed to flourish, perhaps in the guise of a “honey trap.”

The show opens with Margo Madison (played with an icy patina by Wrenn Schmidt) getting her SlimFast on, along with her slimming garments, as she gets ready for another day running things at 1992-era NASA. However, her professionalism is quickly dashed by her apparent devotion to exchanging secrets with a handsome Russian space program big wig, who is pumping her for classified information based on his constant side chatter with KGB agents. Is the SlimFast an endeavor to keep her figure trim, or is it part of a deeper ploy to attract the smooth Russian? These details leave the viewer’s mind in doubt and unease from the show’s start. On a happier note, she does extend a can’t-miss opportunity to Aleida Rosales (played by the spirited Coral Peña), who has matured into a senior NASA flight controller. 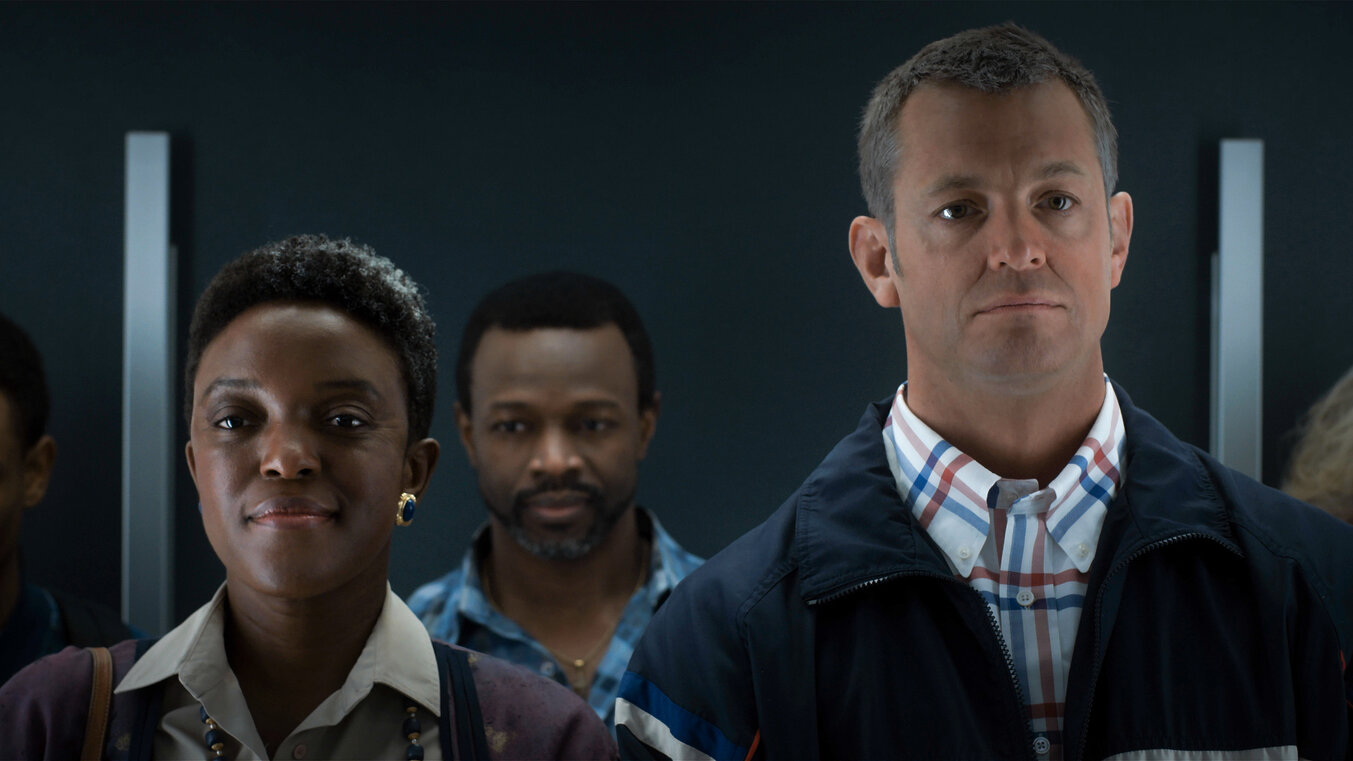 A now completely blinded Molly Cobb (played gruffly by Sonya Walger) resumes the time-honored tradition of NASA competition, favoring an older, grayer Ed Baldwin (Joel Kinnaman, serving older Apollo astronaut vibes, complete with a bad leg) to command a Mars mission over the clearly better choice, Danielle Poole (played stylishly and thoughtfully by Krys Marshall), who saved the world during Season 2. Meanwhile, both senior astronauts have traveled to a wedding – but not a typical wedding location. We discover that Ed and Karen Baldwin (played by Shantel VanSanten) are now divorced. Karen has teamed up with Texas entrepreneur and Tracy Stevens’ widower Sam Cleveland to create the world’s first Earth-orbiting, gravity-stabilized hotel, Polaris. Of course, it wouldn’t be For All Mankind if this all went to plan.

The first inklings that things aren’t quite right surface when Jimmy Stevens, son of now-martyred Gordo and Tracy Stevens and brother of up-and-coming astronaut Danny Stevens, makes an awkward-at-best toast at Danny’s notably alcohol-free space nuptials. Then we hear Danny’s incidental wedding dance song, which frankly is creepy on multiple levels if you paid any attention to Season 2. However, none of this prepares the viewer for what happens next: yet another member of the For All Mankind family becomes a victim of the very technology the show’s alternate timeline has developed for its universe. Moreover, most of the show’s cast is nearly taken out by the end of the first episode, with one integral member literally hanging on by a thin tether.

During the 1970s, Princeton physicist Dr. Gerard K. O’Neill proposed space settlements similar in design to the show’s hotel-in-orbit, Polaris. The idea was that large numbers of people could co-exist on a gravity-stabilized platform, create a benevolent government, and live in relative peace and happiness. While O’Neill was and should be considered a visionary, critics of his ideas pointed out that in the quest to establish such habitats, people would surely die, and the best-laid plans never usually turn out as proposed. The fact that For All Mankind Season 3, Episode 1 takes out one of the show’s entrepreneurs – victimized by a malfunctioning elevator – serves as a not-so-thinly-veiled commentary on the price of progress: one can design and enterprise whatever they want, but no one is immune to consequences if things go badly wrong.

The rest of Season 3 will focus on a three-way race to Mars between the Russians, NASA, and a private corporation called Helios, meant to mimic how there are currently many actors in the space industry – and no idea who will get to where first. The 2018 movie First Man, which starred Ryan Gosling as Apollo astronaut Neil Armstrong, frequently depicted Armstrong fighting the technology he was meant to master in the form of crashes, uncontrollable spins, and all-too-frequent alarms. This season of For All Mankind deftly approaches the same theme, except in First Man, we know that the real-life Armstrong was still alive by the end of the story. This time, we have no idea if they all die by the end of the season, thanks to the constant dramatic tension supplied by technological advances gone rogue.

Even though Season 3 of For All Mankind takes place during the 1990s, it’s a shrewd commentary on the fabric of the spaceflight and tech industry as it exists now.

The first episode of For All Mankind’s Season 3, Polaris, is available now on Apple TV+. New episodes will be released each Friday. Season 1 is currently available to stream for free.