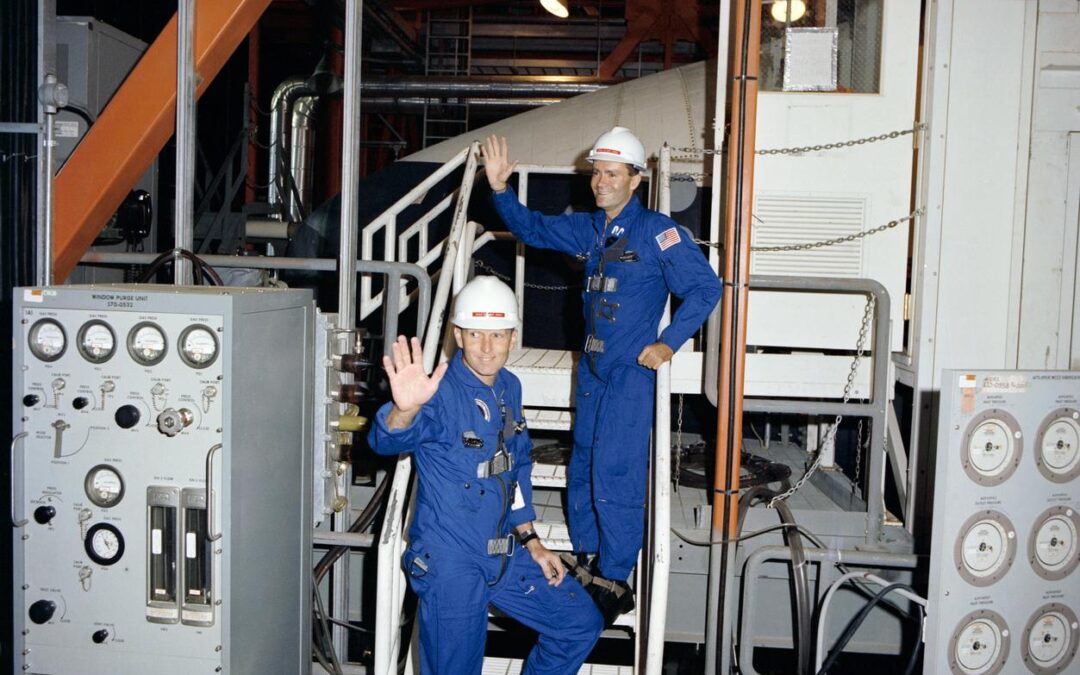 Fred Haise has probably experienced more near-misses and “what-ifs” than any other astronaut in spaceflight history. Of course, his most famous near-miss is the well-chronicled service module explosion during April 1970’s Apollo 13 mission, which forced Haise, mission commander Jim Lovell, and command module pilot Jack Swigert to fight for their very survival in cold, deep space, instead of culminating in a triumphant Moon landing.

The lead-up to this significant event in Haise’s long-awaited autobiography written with spaceflight historian Bill Moore, the wonderfully-titled Never Panic Early, makes narrowly missing walking on the Moon seem even crueler than it was, not only because Haise felt “remorseful” that prime command module pilot Ken Mattingly was bumped from the crew due to measles exposure. This is because by this point in the book’s narrative, Haise had not only served as a backup crewmember for Apollos 8 and 11 but had also helped design and refine the very machine he’d hoped to fly down to Fra Mauro: Grumman’s Lunar Module, christened Aquarius.

While Haise, who was notably the first of his astronaut class to be given a flight assignment, endured subfreezing temperatures and a fever due to a urinary tract infection picked up during the mission, he would later watch others in his group jubilantly make the lunar excursions for which he’d so diligently trained. He relates matter-of-factly, “…I was the first of the competitive Original 19 to be given a flight assignment, but I felt Ed Mitchell [Apollo 14 lunar module pilot] won the competition because ultimately, he got to walk on the Moon first and I never did.”

This is not to say that others didn’t notice Haise’s contributions to Apollo. In his memoir The Light of Earth, astronaut colleague Al Worden wrote, “Fred saved Apollo 13. That’s my opinion…I believe he was absolutely the best-prepared guy on the mission. The crew’s survival depended on the lunar module. I think that’s why Fred was so important; he was the guy who knew the spacecraft best…Fred was the brains of the crew; he stayed calm, talked the others through the procedures, and did things the right way. He really knew what he was doing. I’m not sure Apollo 13 would have been so successful if Fred had not been on the flight – I think he was that good.” 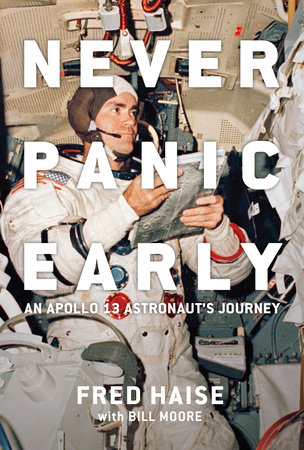 As momentous as Apollo 13 was and continues to be, the story of that mission was only one of the many speed bumps in Haise’s career and life that served as a wistful “almost.” He was slated to command Apollo 19, but budget cuts scuttled that mission. Instead, his story of working on Apollo segues almost seamlessly into working on the next big NASA project: the Space Transportation System, better known as the Space Shuttle. Haise was involved in its inception and design from its very beginnings, and the early 1970s saw it transition from concept art bordering on sci-fi fantasy to actual blueprints. But even the Space Shuttle, as far off as it was, almost didn’t happen for Haise.

Haise became ensnared in his life’s biggest near-miss – even bigger than the one he encountered thousands of miles away from Earth in 1970. In 1974, Haise suffered second- and third-degree burns on over 65 percent of his body when the Vultee B-13 he was piloting cartwheeled upon landing. Trapped in the burning airplane’s cockpit, he was forced to kick his way through its canopy, only narrowly escaping certain death.

Haise’s vivid story of burn rehabilitation – which he described in the book succinctly as “hell” – is graphic, shocking, and terrifying. This is not Haise trying to be overly morbid or sensational; this is the unvarnished truth of his experience. Here we learn what eleven weeks in a burn unit is like – first from the point of view of fighting for your very existence, then transitioning to having your legs saved by a horrible-sounding procedure called “debridement,” followed by skin grafts. It’s a tough read but necessary. In stark comparison, it makes Apollo 13 seem almost like a Disney ride. In contrast, his recollections of warm visits from his NASA colleagues such as Apollo 16’s Charlie Duke and Skylab 2’s Paul Weitz are wonderful. They show that during times of crisis, the competitors were all brothers.

One might think after this traumatic experience, Haise would have put his helmet bag in the back of a bedroom closet, forgotten it was there, and would’ve quit flying. Not even close: a week after being released from the hospital and still wearing compression garments to protect his healing wounds, Haise went back to work at NASA. Within 18 months, he was selected to be among the first to fly Enterprise. Haise’s recollections about how Enterprise came to be and the 1977 Approach and Landing Test (ALT) program function as the definitive account of this all-too-underrated chapter in spaceflight history. After that, he was slated to command one of Columbia’s first missions alongside fellow astronaut Jack Lousma: an ambitious quest to re-boost the ailing Skylab space station. This, too, didn’t happen, thwarted both by a Shuttle that wasn’t yet flight-ready and the atmospheric drag that claimed Skylab’s life over the Indian Ocean (and parts of Western Australia).

Never Panic Early also discusses Haise’s modest Mississippi roots, his pioneering career in flight testing that happened well before he was selected to 1966’s astronaut group, and his triumphs (and frustrations) working in the private aerospace industry post-NASA, a time when he was attempting to move Space Station Freedom from wall poster-fodder to reality. Haise’s honesty never falters, and if you ever doubted that political pressure defines the direction of NASA spaceflight, you will know it by the end of Never Panic Early.

But Haise doesn’t end the book with the “purgatory” (his word) of his Space Station Freedom experience. Like many visionaries, he ends it looking forward to what the future will bring and betrays no bitterness about his sometimes tumultuous past. Anchored by Fred Haise’s lack of ego and his occasionally blunt, often humorous candor, Never Panic Early is the consummate story of how one man overcame enough adversity to fill several lifetimes but ceaselessly kept moving forward.

Never Panic Early is available via Penguin Random House and Amazon. This review also appears in the latest issue of Ad Astra Magazine.