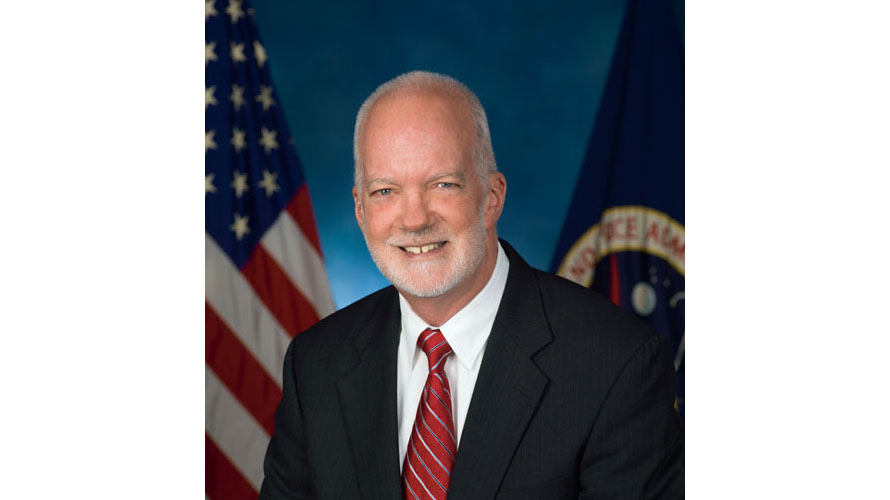 Dr. John B. Charles, age 66 and a recent member of the Board of Directors of the National Space Society, passed away peacefully on January 17, 2022 with his wife Kathy at his side, following a two-year debilitating illness.

John was born on March 29th, 1955 in Rockdale, Texas. He was the first child of his father, at the time a young geologist for Alcoa, and his mother, a young German woman who, only a few years before, had made the brave decision to leave her family and follow her soldier-husband to the USA. John’s family moved to Massena, New York in 1965 and then to Pittsburgh, Pennsylvania in 1972.

A child of the space age, John was fascinated with all things related to human space flight. As a bright and focused young 10-year-old, he was especially inspired by the journey of astronaut John Glenn.

As he matured, it became obvious that his commanding height would be a limiting factor towards any dream of becoming an astronaut, so John worked to fulfill his goal of contributing to NASA’s human space mission by combining his interest in biology with his desire for space-related work.

After achieving his academic science foundation, John began the science applications foundation of his NASA journey in 1983 as a postdoctoral fellow in the medical research branch at the Johnson Space Center. John‘s NASA civil servant career began in the cardiovascular laboratory at JSC in 1985, culminating with his retirement from NASA after 35 years.

During those years, John lived his dream.  He served as the Mission Scientist for two notable space shuttle flights: STS-95, John Glenn’s return to space shuttle flight; and STS-107, Columbia’s last mission in January 2003. As Mission Scientist, he coordinated all of the NASA-sponsored biomedical, biological and microgravity science investigations for these missions.  John was thrilled when the original inspiration for his dream as a child came full-circle 36 years later when he was able to speak to, and work closely with, John Glenn on a regular basis to prepare him for the experiments he would conduct during his space shuttle flight.

As Chief Scientist of NASA’s Human Research Program (HRP), John also provided scientific leadership for the NASA’s One Year mission to scientifically evaluate the effects of long-duration spaceflight on humans. John helped ensure that the sacrifice of the astronauts who were spending one year of their life on the International Space Station (ISS) was balanced by the advancement of research to address the medical, psychological, and biomedical challenges of humans on long-duration missions. He also oversaw the associated Twins Study of Scott and Mark Kelly. After the completion of the One Year mission, he helped lead the multidisciplinary Team in publishing the results to help contribute to the scientific foundations of spaceflight effects on humans that he had devoted his life to advancing.  John loved the study of spaceflight physiology and spaceflight history. He was the terror of every NASA chili cookoff trivia contest, since absolutely no one knew more about NASA and Spaceflight history than he.  He was mostly unbeaten year after year.

John was a scholar and leader in the field of space medicine and space physiology research. His career spanned 40 years including research at the University of Kentucky, leadership roles at NASA and finally, Scientist in Residence at Space Center Houston, Houston, Texas.

John’s immeasurable talents, his insatiable curiosity, and his great passion for the effects of spaceflight on astronauts, led to his distinguished career in support of NASA’s mission, as a research physiologist, Chief Scientist of the HRP, and as Associate Director of NASA’s HRP for Exploration Research Planning, in support of NASA’s mission. John will always be remembered for his academic acumen and scientific leadership, his brilliant wit and humor, his extensive knowledge of spaceflight history and his kindness and generosity.

Throughout his career, John was a beloved mentor; quick to share his excitement, passion, and incredibly deep knowledge of all aspects of spaceflight.  John’s passion, dedication to, and legacy for the advancement of the science will live on in all those he mentored, in the thousands with whom he shared his extensive and encyclopedic knowledge of spaceflight, and most importantly, for all those whose lives he touched with the love, care, and excitement borne by the fulfillment of a 10-year-old’s dream. He was a gentle, loving, caring scientist with a distinguished legacy of promoting the health of astronauts so that the dreams of others can build on his own.

Above all else, John loved and adored his wife Kathy, and his family.  In 1998 John met the love of his life, Kathy and they were married in June 2000.  John’s life, comfort, and character always reflected the deep love, care and compassion that only comes from being loved and being able to return that fulfilling love. Kathy and John were always that way.  John drew great strength from Kathy, and always was quick to share how much love, joy and fulfillment she brought to his life.

John was also dedicated to his family and friends. He was a loving husband, father, uncle and grandfather. Nothing made him happier than to be with his family.

John is preceded in death by his father, John Davis Charles and his mother, Anneliese Bauner Charles. John is survived by his best friend and wife of 22 years Kathy, his children Brian, Jason, Katy, and his grandchildren Lisa and Miles, brother David and his wife Barbara, Brother-in-Law, Mark, Parents in Law, Maxine and Bill, nieces and nephew, Abby, Selina, Frederic, Amelie and Brittnie, grandnieces and nephew and so many other family and friends who will miss John’s love, warmth and wit.

In lieu of flowers or other gifts, to continue Johns work, donations may be made in John‘s memory  to the John B. Charles Scholarship fund at www.asmafoundation.org Ways to give, donate button,  write John B. Charles in the note section

John will be missed by so many friends, colleagues, and family members, but will never be forgotten. All who knew John knew he was a very special man

Thanks to Genie Bopp for sharing the obituary.  Posted by Dave Dressler, NSS Director of Information Systems