Happy Thanksgiving to all you Space Advocates out there!!! 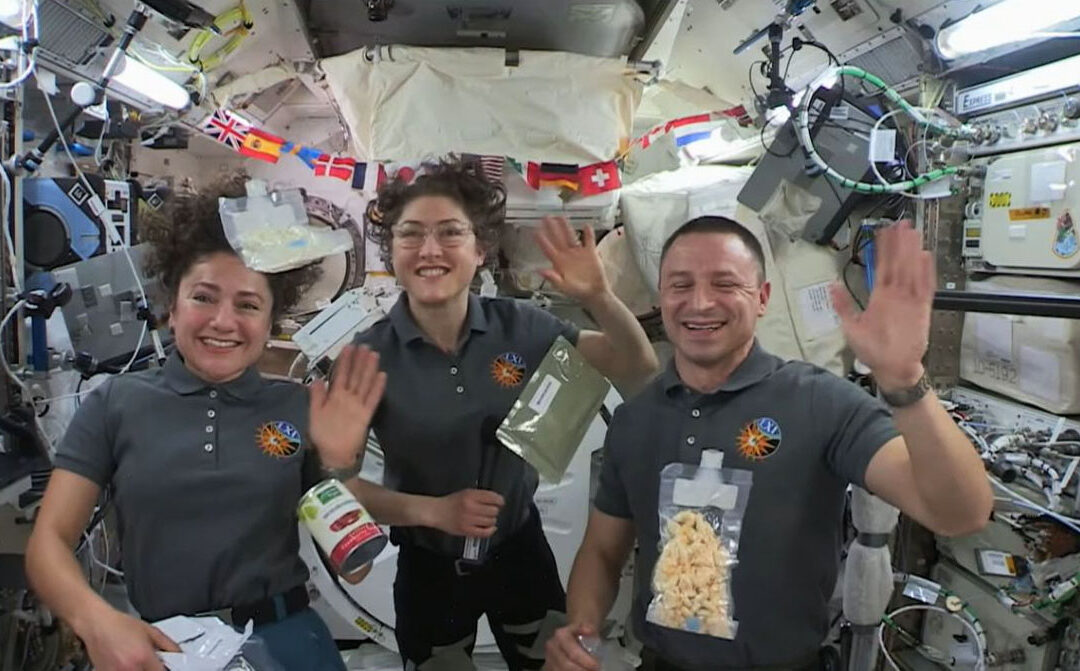 Lots of publications run special Thanksgiving stories, or provide an editorial that opines on how lucky we are to live in the USA, or to live in the 21st century, or to have our homes, families, and jobs. Sometimes a science or engineering outlet will try to put a scientific spin on events, as for example Scientific American did recently in giving thanks for the success of the James Webb Space Telescope (JWST) among other things. Such messages of thanks are inevitably personal, and may seem obtuse when the writer is thankful for their own good fortune while disregarding the difficulties others face. It is thus with some trepidation that I embark on a mission to lay out what this space advocate is particularly thankful for in the realm of space advocacy on Thanksgiving Day 2022.

I am thankful for the progress being made in the area of space development, and in part I am thankful because I sincerely believe that this progress will benefit humanity, and make everyone’s lives better.  Also, the stuff happening is just super-cool!!

I am thankful that NASA has (not without considerable prodding by NSS and other groups) committed to a transition to a future based on commercial LEO space stations. Combined with the already mostly fully realized commercial resupply and crew rotation for the ISS, and added to recent private LEO “tourist” missions, these steps hold out the promise of economically self-sustaining products like retinas being bio-printed in space and returned to the Earth for implantation in patients.

I am thankful that SpaceX has put together an extraordinary record of success for the Falcon 9, with 52 (plus one Falcon Heavy) launches so far this year, a new record. SpaceX has returned commercial launch leadership to the USA, and by itself is launching more rockets than China (53 vs 51 so far in 2022). With innovations like the Transporter ride-share launch series, SpaceX has lowered the cost of getting to space, and enabled a new generation of space companies to become a reality.

I am thankful for the renewed interest in space solar power, especially in Europe. For a long time SSP was ignored, even as persistent advocates like John Mankins labored to envision updated SSP designs that could be launched cost-effectively on rockets like the Falcon Heavy and the putative Starship/Superheavy.

I am thankful that Elon Musk has devoted so much effort to bringing his dream of a city on Mars to reality, and that he has built at SpaceX a highly effective team, led by Gwen Shotwell, that is on-course for the first orbital launch of Starship/Superheavy later this year or early next year. Should Starship/Superheavy be only partially successful, it holds out the promise of another large drop in launch costs below those of the Falcon 9/Falcon Heavy, jump-starting an entirely new round of space development projects such as VAST’s variable gravity space station.

I am thankful that so many companies are racing to follow the track blazed by SpaceX toward the creation of a commercially sustainable future in space. It seems unfair to mention only a few names, but companies like Rocket Lab, Sierra Space, Voyager/Nanoracks, Redwire/Made in Space, Relativity Space, Planet Labs, and Blue Origin are especially exciting. And I am extremely thankful for the opportunities these new companies collectively provide to allow young people to personally be a part of our space future.

I am thankful for the successful flight of Artemis 1, not because I think SLS/Orion will ever support cost effective space development projects, but because they are part of the “Artemis Package” that also includes the Human Landing System (HLS) with Starship, Commercial Lunar Payload Services (CLPS), the Artemis Accords, and commercial support for Gateway logistics. Assuming Artemis 2, 3, and 4 are as successful, we will be on the cusp of expansion into space almost beyond any current expectation.

I am especially thankful for the support for space development shown over the years by NASA leaders like Lori Garver, Jim Bridenstine, George Whitesides, and Kathy Lueders, without which there would be no commercial involvement in the ISS or Artemis at all.

And yes, I am thankful for the successful launch and deployment of the JWST, although almost certainly for different reasons that the editors of Scientific American. I believe that when word came back from robot probes that Venus boiled while dry Mars sported no canals, a lot of public interest in space exploration disappeared. As we learn more about exo-planets, a rising tide of public enthusiasm and interest can be dimly sensed. With the vastly greater powers of the JWST, the prospect looms of being able to know for sure that Earth-like worlds exist around other stars. In spite of the vast distances of space and time separating us from the stars, eyes that are lifted upwards will want to initiate that most immense of journeys, and to start with baby steps in cis-lunar space.

As Antoine de Saint-Exupery is said to have written: “If you want to build a ship, don’t drum up the men to gather wood, divide the work and give orders. Instead, teach them to yearn for the vast and endless sea.” It turns out, however, that it is hard to find these exact words in anything he actually wrote. What he did write was:

One will weave the canvas; another will fell a tree by the light of his ax. Yet another will forge nails, and there will be others who observe the stars to learn how to navigate. And yet all will be as one. Building a boat isn’t about weaving canvas, forging nails, or reading the sky. It’s about giving a shared taste for the sea, by the light of which you will see nothing contradictory but rather a community of love.

Which brings me to my final point.

I am thankful that we are embarking on the development and settlement of space in an inclusive way that moves us toward fulfilling O’Neill’s vision of space as a place for all of humanity, not an elite few, and I am also thankful for the comradeship and support of my fellow NSS members and leaders on our shared journey.