How Not to Mine the Cosmos 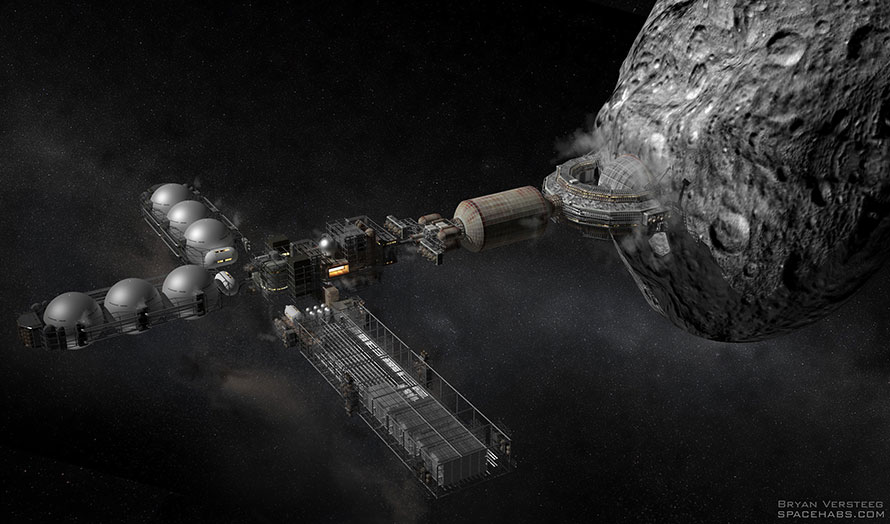 A group composed primarily of Canadian academics associated with the Outer Space Institute published a white paper on April 20, 2020, titled “Vancouver Recommendations on Space Mining.” This paper appears to be part of a campaign against the recent U.S. executive order opposing the Moon Treaty. Another component of the campaign is a letter to the Canadian government directly opposing the U.S. executive order.

Since the paper contains a large number of ideas that could potentially prevent space mining from getting started, along with a few more reasonable ones, a full examination is beyond the scope of what is being offered here. Instead, I will focus on a few of the particularly troubling concepts within the document.

The fundamental assumption of the Vancouver group is that a comprehensive, new international treaty is needed to govern space mining, with a basis in the Moon Treaty and the seabed mining treaty. This approach ignores the prevailing position (which NSS supports), which is that the existing Outer Space Treaty is sufficient to regulate space mining, as augmented by limited agreements between parties that are actually conducting mining operations.

In section VII.3, the authors of this paper refer to the idea that the needed “space treaty” should be guided by “the precautionary principle.” The definition used seems reasonable at first blush, but let’s look at the Oxford English dictionary definition of the phrase: “the principle that the introduction of a new product or process whose ultimate effects are disputed or unknown should be resisted. It has mainly been used to prohibit the importation of genetically modified organisms and food.”  In practice, the precautionary principle is associated with banning or oppressively regulating new technologies based on speculative future harms that are themselves unconfirmed. The authors’ concern about the impacts of dust and gravel lofted by a landing on the Moon or an asteroid is not related to the precautionary principle since it is based on well-established and well understood science.  Addressing a more extreme point, no one would disagree that blowing up an asteroid to create a vast cloud of moving debris is likely to create harm. Instead of using the precautionary principle, the regulation of asteroid/lunar mining should be based on scientifically demonstrated, proven potential harms.

Points 4, 5, and 6 in section VII relate to planetary protection. Given the harsh conditions on asteroids and the Moon, plus our extensive knowledge of the Moon based on many landings and bulk sample returns, there is clearly no reason for concern about planetary protection issues in either direction—Moon to Earth or vice-versa. Such protective measures are extremely expensive and create a wide range of operational restrictions on mining equipment and operations. By proposing that asteroid and lunar mining adhere to these rules, the authors are in essence banning all lunar and asteroid mining. A far more sensible approach is found in the 2018 National Academy of Sciences report (Review and Assessment of Planetary Protection Policy Development Processes), where the Moon and non-carbonaceous asteroids are designated low-risk areas (planetary protection Category 1) with no need for decontamination of spacecraft in either direction.

Points 14 and 15 of section VII propose that “all actors engaged in space mining secure representative and pristine samples prior to any further extraction” and that “these samples should be made available internationally for scientific research.”  These kinds of requirements amount to a massive tax on asteroid mining, which would be especially onerous when the industry is young. In effect, each mining operation would be required to conduct, uncompensated, a sample return mission that would have the side effect of globally distributing any competitive advantage that company might have related to a better understanding of the resources found in a particular mining site. Instead, scientific groups should propose to mining enterprises that, for appropriate compensation, research organizations be allowed to send along a ride-sharing probe to gather and return samples to Earth. Such arrangements should be voluntary on the part of the mining companies. When space mining is well established and highly profitable, this issue can be revisited, but in the near to medium term must be viewed as highly detrimental to space mining as an industry.

Point VII.20 calls for “mandatory benefits sharing” that “includes but is not limited to sharing of monetary benefits.” This is precisely the sort of arrangement—a tax, not just of money, but potentially of intellectual property—that makes the Moon Treaty so oppressive, and has the principle effect of scaring off those who might consider an investment in space mining. An example of a preferable approach is the distribution of geosynchronous orbital slots for communication satellites, which has resulted in the preservation of resources for latecomers to that industry. In this approach, companies retain control of all intellectual property, and any “taxes” are in reality user fees that will pay for space infrastructure or debris cleanup. By extension, and with the agreement of all parties interested in mining, some asteroids and lunar mining plots could be set aside for industry “latecomers.” This would include both companies who are followers rather than leaders, and countries which are not at the moment able to set up space mining operations but may wish to do so in the future. If space mining ultimately results in products that are cheap and widely available on Earth, this benefits everyone. More specifically, if space-based sources of rare earth elements are critical to the production of “green” energy without massive pollution of our planet, all humanity will benefit directly.

An especially ill-conceived recommendation is point VII.22, which calls on companies to “protect sites where scientific studies are underway, including from…seismic activity.” Although apparently reasonable, when combined with the non-interference principle of the Outer Space Treaty, this concept can easily be used to national advantage. For example, country A places scientific probes on a large number of asteroids, and then warns others to avoid those asteroids. Later, some of those probes are replaced by mining machines by country A. In effect, scientific probes can be used to “appropriate” territory, which is prohibited by the Outer Space Treaty. We need to be extremely careful that, as we craft agreements stipulating what “non-interference” means, we do not create a mechanism for the inexpensive acquisition of vast territory and wealth. In fact, we probably need almost the opposite understanding—the presence of a science probe on an asteroid should result in minimal impediments to mining operations on that asteroid, other than that the mining operation must not physically damage the probe or prevent it from reporting back data. As a practical reality there are vast numbers of asteroids available for scientific exploration and no valid argument that supports many being set aside for science. There are zones on the Moon where, for historical reasons, it is desirable that development be limited, but these areas are a tiny fraction of the lunar equatorial region.

Last but not least, we come to VII.23, which says that “all space mining activities stop immediately if biosignatures are detected.” If the intent of this was the prevention of harm to human life it might be relevant, but the Vancouver group is proposing that all mining equipment have a general ability to detect, and the avoid, areas with biosignatures. These can be as minimal as complex organic molecules depending on the definition applied. It is hard to imagine a more onerous tax on space mining than this one, which would require all mining operations to act as sophisticated, complex probes searching for alien life. My suggestion is that scientific groups and organizations that want to perform such a search should build the equipment and propose to ride-share with mining equipment, but only with the permission of the mining organization—not as an operational requirement.

We do need an elaboration of the Outer Space Treaty non-interference principle to guide safe and sustainable space mining, but the Vancouver Recommendations are far off the mark. More work, intelligently crafted and with support from the commercial space sector, is needed.