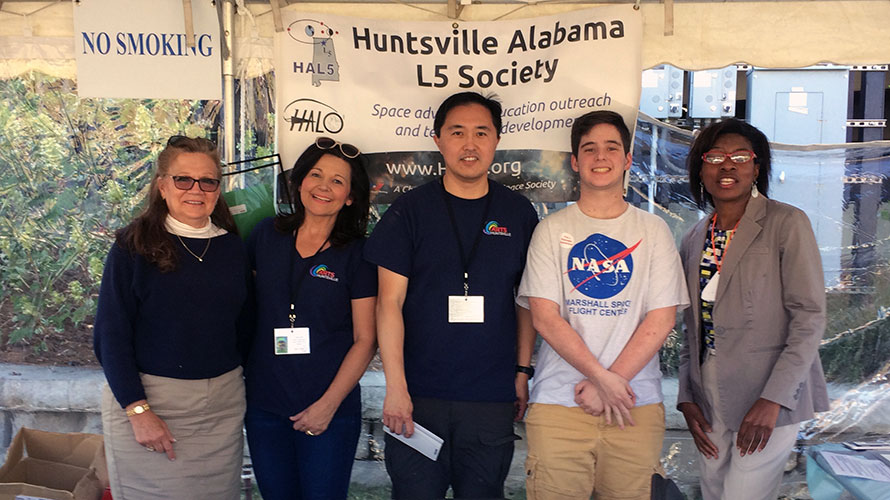 Janet’s Planet and the Huntsville L5 Society (HAL5), a local chapter of the National Space Society, headed the Mission Patch tent at the Panoply Arts event in Huntsville from April 26-28, 2019. NSS Governor Janet Ivey and HAL5’s Yohon Lo led the other volunteers. Panoply attendees were offered the opportunity to design and make their own space mission patches. Examples of real mission patches were shown.

The volunteers explained that each crew of astronauts designed their mission patch to express something unique about their space flight. This was a family event where the parents pitched in to help the youngest children. A selection of crayons, colored pencils, and markers along with paper the shape of a circle, rounded triangle, or square were offered. Some parents had a great time designing their own patch, too. After each participant designed their patch, a smiling Yohon Lo would laminate it for them where a hole could be punched and then a string could be placed to hang it around their neck. Attendees and volunteers had a great time.

Pictured above from left to right are some of the participating volunteers: Juanita (a Huntsville Hospital Volunteer), NSS Governor Janet Ivey of Janet’s Planet, Yohon Lo of HAL5, Joel of Westminster Academy, and Alicia Carroll of NASA.

A steady stream of over 800 attendees participated. Local and area residents showed their artistic talents. Many innovative space mission patches were made. Pictured below is Alissa Berry, shown with her impressively creative and artistic mission patch! 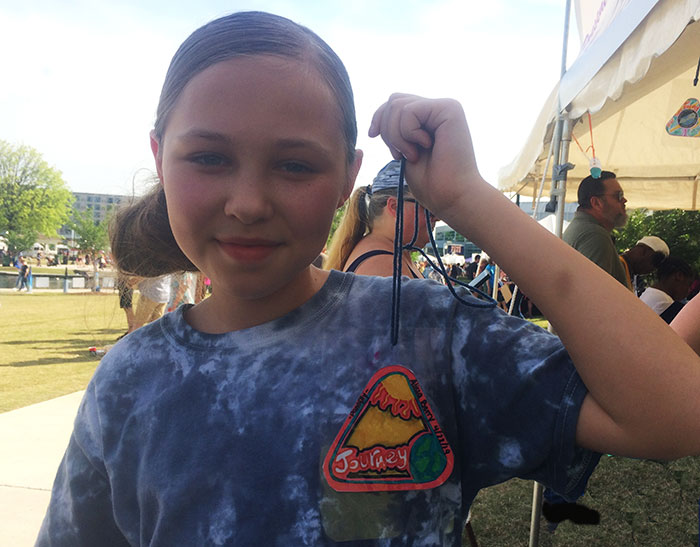