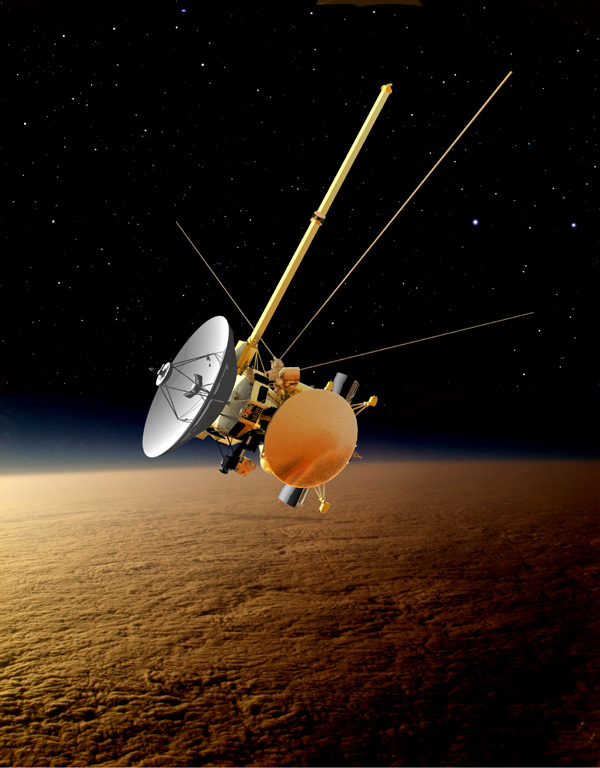 Impending Departure: Painted in 2010, the first completed piece in the artist’s latest series ‘Mission To Titan’. This artwork pictures Cassini just prior to its release of the Huygens probe (large gold dish-shape on lower right of the space-craft) for its descent to the cloud-covered surface of Saturn’s moon, Titan.

The successful landing of Huygens, the first manmade object on the moon of another planet, took place in February 2005. For purposes of greater clarity and artistic appeal the gold-foil shielding that enclosed Cassini during its long sojurn does not appear in this rendering.