In “Excess”: The Travails of 1967’s Astronaut Class 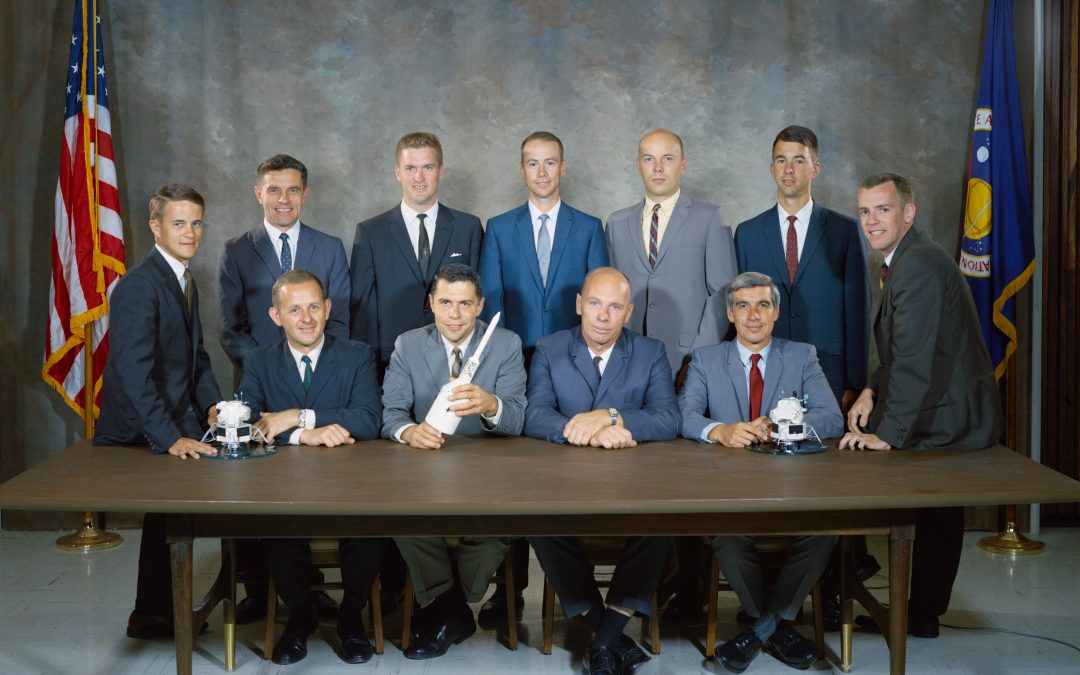 Two books – one released this week, and one released nearly half a century ago – give insight into the gradual whittling-down of NASA’s 1967 class of scientist-astronauts, who were unceremoniously christened the “Excess Eleven” (or “XS-11”). How did a group that produced a famously prolific, hyper-motivated space flier (Dr. Story Musgrave, the only astronaut to fly each Space Shuttle) also lose so many of its astronauts? Brian O’Leary’s 1970 autobiography The Making of an Ex-Astronaut and space historian Colin Burgess’ Shattered Dreams: The Lost and Canceled Space Missions both shed light upon the Catch-22 of wanting to be respected and valued as a scientist, but also being expected to become an engineer and “fighter jock.”

O’Leary’s sort-of-memoir was published when he was still a very young man. Born in 1940, the then most vocal and public ex-astronaut was 29 while he was writing this book, and 30 when it reached bookstore shelves. His youth and lack of worldliness can sometimes make him an unsympathetic character in his own narrative. For example, his move to Houston following his selection as an astronaut is not just described as being miserable, but he dedicates an entire chapter to how much he dislikes the city, which he considered distinctly un-cosmopolitan and unsophisticated.

He also intensely disliked the prospect of flying the T-38s that were the “sports cars” of 1960s NASA fighter jocks, and goes on at length about the inherent risks associated with flying the zippy planes (even though it’s also risky to, say, climb aboard a rocket and fly to space). He comes to grips with the fact that he wants to quit the astronaut corps while listening to Simon and Garfunkel’s “Scarborough Fair” on his car’s radio, and begins to weep (so dramatic!). Reading this book now, it’s easy to understand how some of O’Leary’s former colleagues may have been rankled by its publication, and how visibly he stood out as an “odd duck” among them.

However, O’Leary succeeds in two areas: he describes the disparity between science and engineering at NASA circa 1967-68, when the agency was laser-focused upon landing men on the Moon, and while budgets for programs within and beyond Apollo were dwindling, or being cut entirely. “That was the annoying pendulum. People in-house never wanted to admit their efforts were fizzling out. People out-of-house thought it was utterly stupid to be the fifteenth in line for a space flight in a program which had only two missions funded. The Excess Eleven remained optimists and I always questioned their optimism,” he wrote. O’Leary also divulges how his efforts to continue research – lifeblood for post-doctoral careers – were largely thwarted by higher-ups at NASA, including Good Ol’ Boy pilots Deke Slayton and Al Shepard.

The divide between the scientific community and NASA was also noted by another scientist, Wolf Vishniac, who spent part of his career developing a life detection experiment meant for the Viking program, called “The Wolf Trap.” According to a NASA History article, Vishniac was the object of some derision from other scientists due to having accepted “space dollars” (a NASA grant) for his experiment.

But back to O’Leary. He also makes a sound case for robotic exploration versus human-helmed exploration, observing presciently, “The NASA Office of Manned Space Flight, by far the agency’s most powerful wing, addresses itself only to the question, What can we do with the man? The question which should be asked is, How can we best perform a given mission, manned or unmanned?” While Brian O’Leary’s astronaut career fizzled out in the span of a short eight months, his incisive questions remain relevant to this day.

Burgess’ Shattered Dreams focuses on a wide array of astronaut, cosmonaut, and payload specialist opportunities ended prematurely by either chance or free will. This author was excited to read more about Dr. Philip Chapman, NASA’s first Australian-born astronaut. While Chapman’s story is distinctive, it has an all-too-familiar ring: he would run into roadblocks during his tenure as Apollo 14’s mission scientist. One of the book’s big revelations is that Chapman’s suggestion to the mission’s Command Module Pilot, Stuart Roosa, to undertake “useful [scientific] activities or observations” in lunar orbit is shot down unceremoniously by Slayton, who instead strongly urged the flight crew to stick to their flight plan. By this point, Chapman suspects Slayton is guilty of “cronyism,” favoring pilot-engineers over the nascent eggheads. The self-described “insubordinate Australian” does win a victory in suggesting to agency administrator Jim Fletcher that it would be prudent to send a geologist to the Moon. In December 1972, Dr. Harrison Schmitt became the first (and thus far, only) geologist to tread upon the lunar surface.

But by that same year, it became abundantly clear to Chapman that he most likely wouldn’t fly for at least another decade, thanks to the cancellation of Skylab B. This development in part prompted the third resignation of an Excess Eleven astronaut; Chapman would leave NASA in July 1972. The group’s Anthony Llewellyn had resigned in late 1968, owing his departure to difficulties with flight training. By 1973, Donald Holmquest was also gone; Anthony England had departed in 1972 to work with the U.S. Geological Survey, but magically was allowed to return in 1979 (and even made one Shuttle flight).

Perhaps the Excess Eleven were a decade too early. By the late 1970s, NASA focused upon hiring a more diverse astronaut corps replete with pilots, engineers, and scientists, and would come to even allow “regular people” (i.e. non-pilot payload specialists from a variety of backgrounds) aboard Shuttle flights. While O’Leary, in 1970, allowed himself some bitterness (perhaps owing to his young age) about his all-too-brief time as an astronaut, Chapman, at present, accepts his fate with equanimity: “I have enjoyed an adventurous, rewarding life. I am of course sorry I didn’t get into space, but that experience would have been just one more trinket on my string of memories.”

Shattered Dreams is available for purchase through our NSS Amazon link. While The Making of an Ex-Astronaut is out of print, used copies can be found on Amazon.