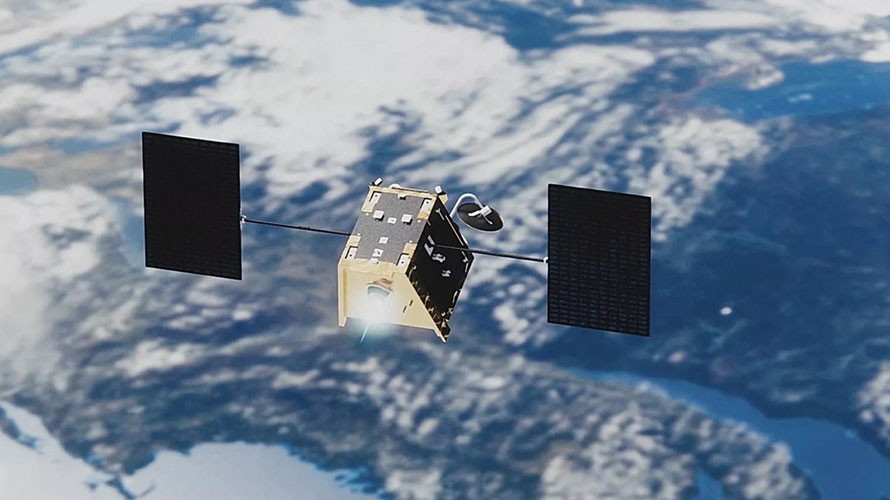 The first six satellites of a constellation that could number up 2,000 rocketed to orbit February 27th on a Soyuz launched by Arianespace from French Guiana. OneWeb, founded in 2012, plans a low-cost global internet constellation in a 1,200 kilometer orbit. This is the first of 21 Soyuz launches dedicated to OneWeb, constituting the largest launch order to date. It is reported that OneWeb has spent over $2 billion on the constellation so far.

Future Soyuz launches will carry up to 36 satellites, starting in the second half of 2019, mainly from Baikonur Cosmodrome in Kazakhstan. Virgin Orbit has a contract for up to 39 missions using its Launcher One vehicle, which are also expected to start launching later in 2019. OneWeb is additionally planning to launch some satellites on the first Ariane 6 in 2020, with options for two more Ariane 6 launches.

OneWeb expects to start regional service in 2020 with 300 satellites, and global coverage with 600 satellites in 2021. Each OneWeb satellite costs about $1 million. The first ten were built in Toulouse, France, but the rest are planned to be built at a new factory in Exploration Park, Florida. Coincident with the launch, OneWeb announced its first customers—Talia and Intermatica. OneWeb says its mission is to bring the Internet to every school in the world.

OneWeb is first off the block with production satellites, but both SpaceX (Starlink) and Telesat are planning competing networks. Both SpaceX and Telesat have prototype satellites in orbit now. The combination of all three mega-constellations has the potential to drive the launch market to a new, higher level. This is going to be interesting!