It’s After 10:00 PM On A Saturday Night. Do You Know Where Your Space Probes Are? 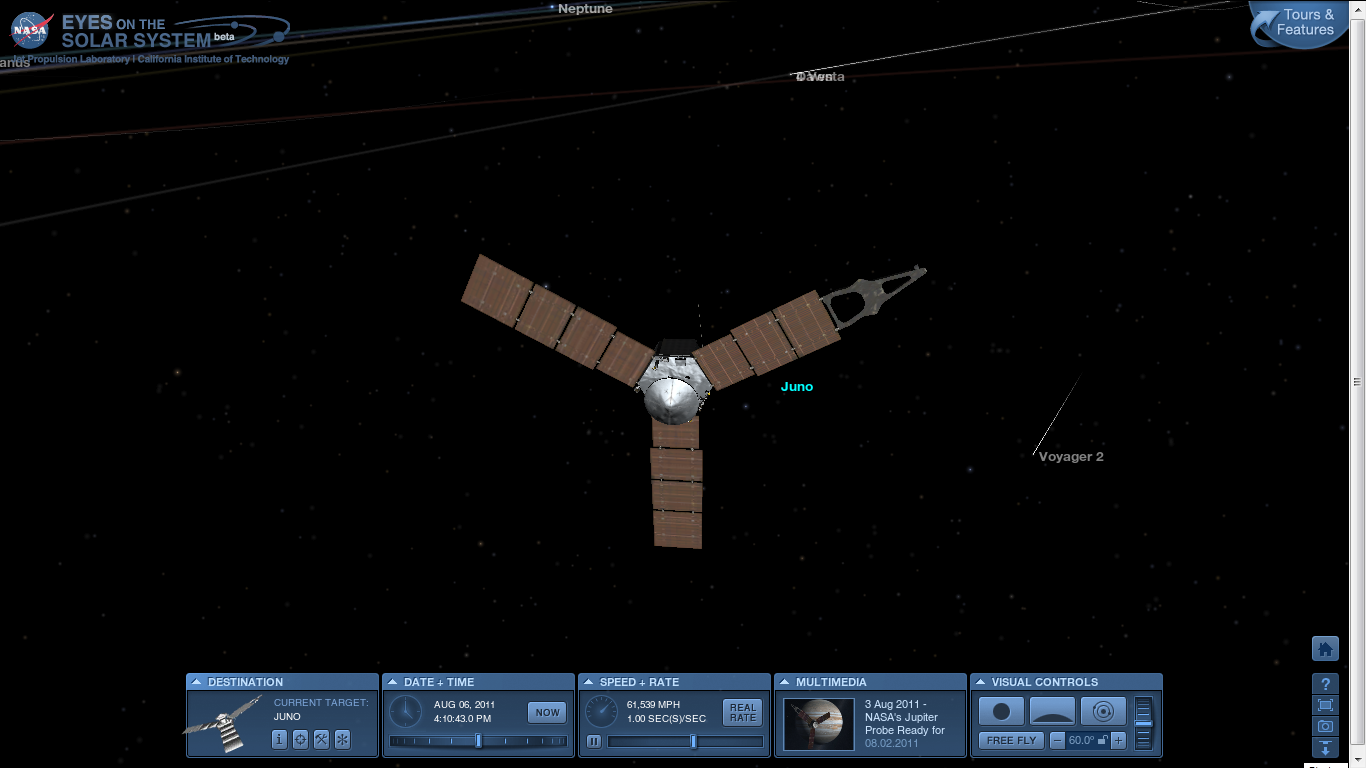 This is where Juno was at 4:10 PM EDT today. Screenshot by me.
A while back Jet Propulsion Laboratory (JPL) in conjunction with the California Institute of Technology released a cool-as-heck Web site called Eyes on the Earth, which allows the viewer to track data coming from Earth’s satellites in 3D and in real time. It was widely believed at the time that JPL/Caltech could not possibly outdo themselves because of this awesome Web site.
Well, because they are total badasses, JPL and Caltech are now back with Eyes on the Solar System. That’s right. Viewers at home can download the Infinity plug-in and look at various probes, planets, asteroids, satellites, etc., etc., etc. hanging out in the solar system in three dimensions. Also, one can go back to the good ol’ days of Pioneer 10 and Voyager 1; you can view these probes’ historical flybys when you “rewind” time (yes, you can control times and dates on this Web site). Did I mention it was in 3D? This Web site makes Tron: Legacy look like Peter Gabriel’s “Sledgehammer” video. In all seriousness, both Web sites are going to revolutionize the way the Internet looks at Earth and the universe.

In conclusion, if you haven’t seen these Web sites yet, get some 3D glasses and CLICK ON THE LINKS RIGHT NOW. 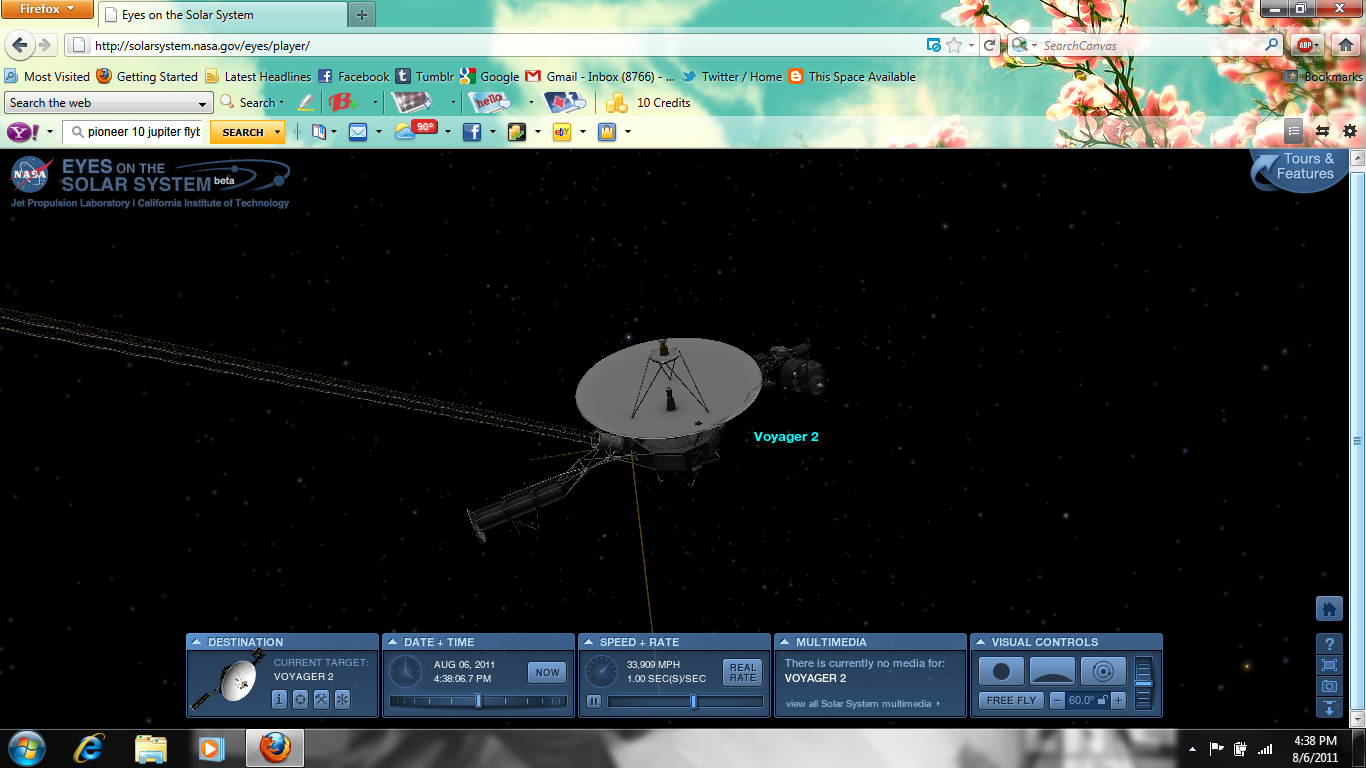 This was where Voyager 2 was hanging out at 4:38 PM EDT. All by its lonesome, chillin’ in deep space. Screenshot by me.