Jack Swigert of the Week: A Tense Debriefing Moment 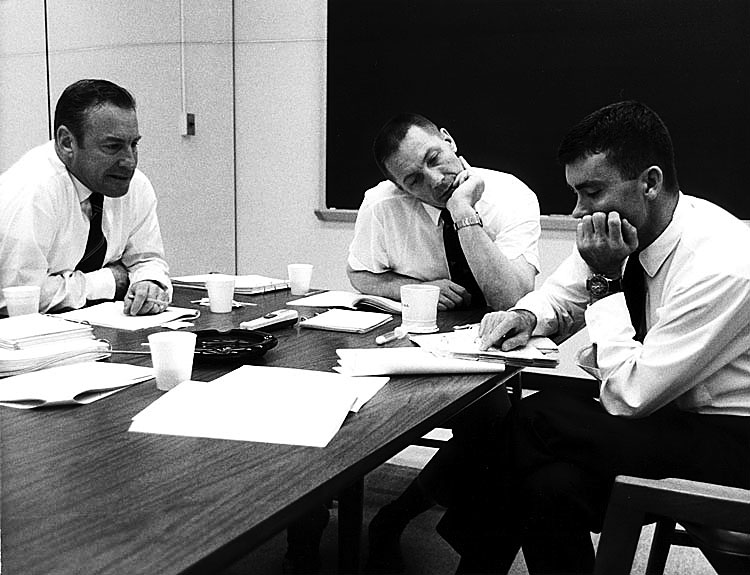 This picture dates from around April/May 1970, after Apollo 13 came back to Earth and the long process of figuring out what made the service module EXPLODE was just beginning. I’m certain this was a fairly tedious, frustrating process, and the boys of Apollo 13 hopefully had some fun diversions to at least chat about in the midst of having to look at millions of pieces of data and schematics. Eventually the near-disaster would be traced to a faulty fuel tank.