Jack Swigert of the Week 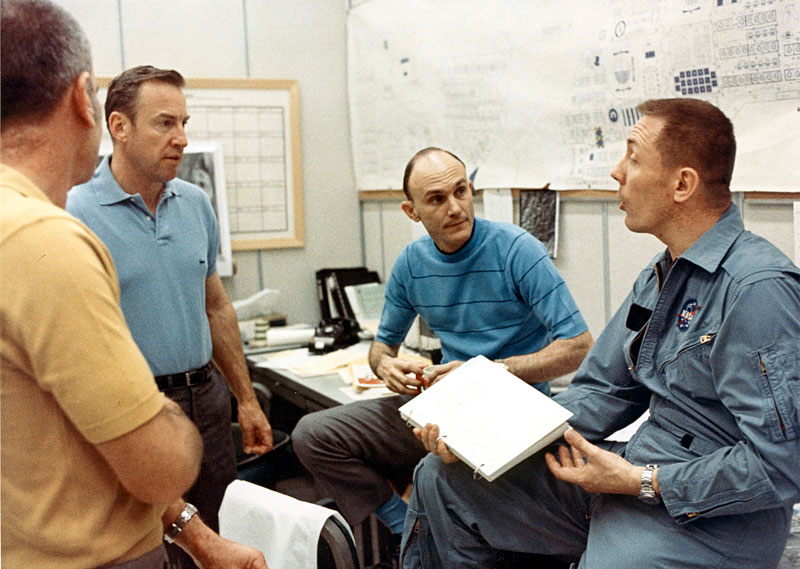 From left, Deke Slayton, Jim Lovell, Ken Mattingly, and John L. “Jack” Swigert, 1970
Jack Swigert was like the Don Draper of the astronaut corps in the late 1960s and early 1970s. Of course, he was on Apollo 13, and managed to somehow steer a crippled spacecraft safely back to Earth. Before that, he was known as NASA’s Most Eligible Bachelor. Legend has it that Swigert had a black book crammed with tons of phone numbers. He was so freakishly organized that he categorized the ladies’ names by “single,” “widowed,” and “divorced.” His success with women was so infamous that it clogged news stories for ages during and after Apollo 13.

This photo was taken before Apollo 13 launched in April 1970. Swigert had just replaced Ken Mattingly (who had been unwittingly exposed to the measles) in the crew lineup.

DID YOU KNOW?: Jack Swigert owned a fur-covered reclining chair. I am not kidding.