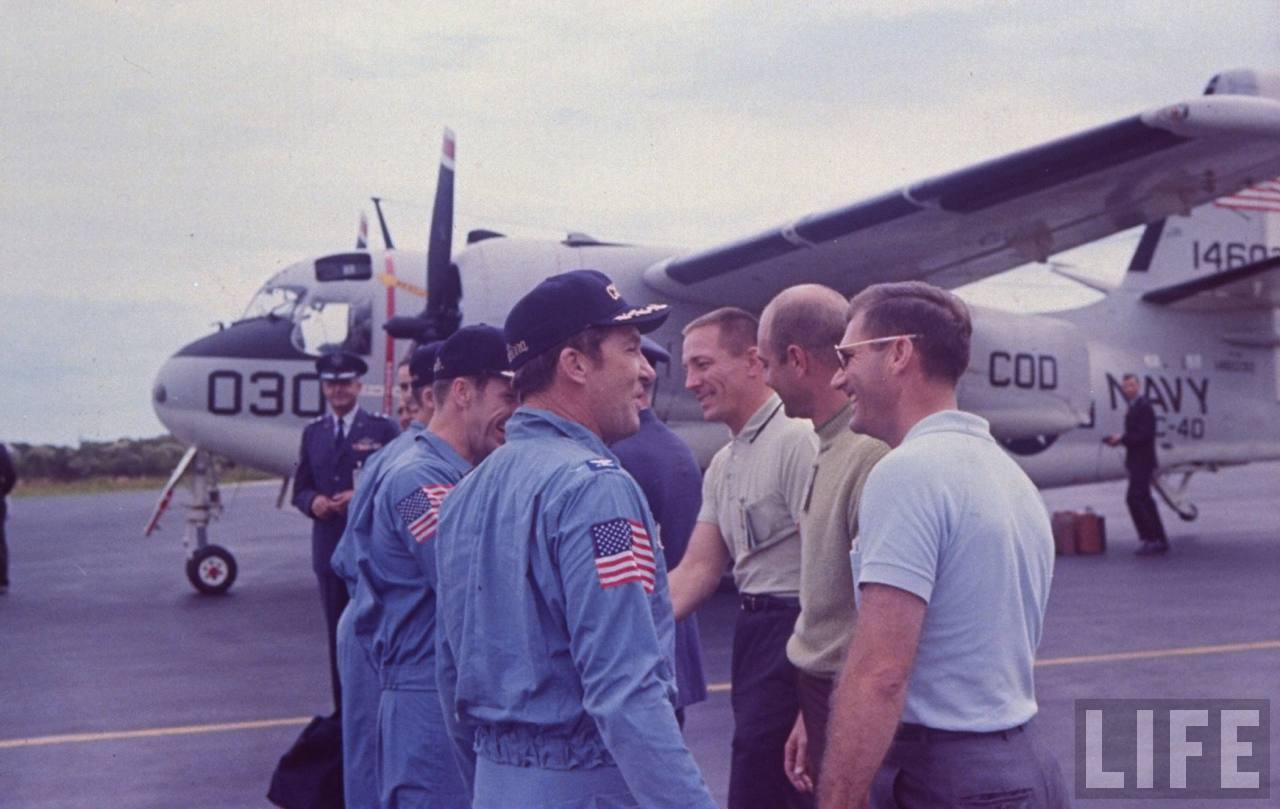 Because Jack was once on Apollo 7’s support crew. Poor guy. 1968 Life magazine photo.
Jack was a CAPCOM during Apollo 7, and was the recipient of a lot of sassy back-talk from Wally Schirra and the boyz from that particular crew. You can more read about that scandal here. At any rate, Schirra regularly trolled ol’ Jack with some nice nuggets like this one:
SCHIRRA: You’ve added two burns to this flight schedule, and you’ve added a urine water dump; and we have a new vehicle up here, and I can tell you at this point TV will be delayed without any further discussion until after the rendezvous.
CAPCOM (Poor ol’ Jack): Roger. Copy.
I hope Jack got a raise or something that year. He probably got the last laugh at some awesome post-Apollo 7 “All the hot stewardesses at my house! WOOT!” party. I hope he did, at least, for his suffering.
Bitchery taken directly from the Apollo 7 Air-to-Ground Voice Transcriptions. You tried, Jack.