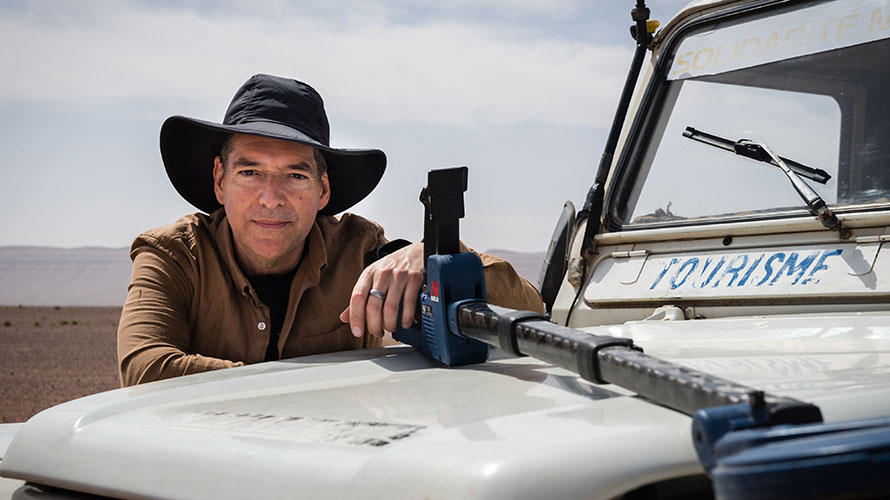 The Iowa Chapter of the National Space Society starts 2023 with a “bang” with our January meeting featuring “Meteorite Man” Geoffrey Notkin!

Geoffrey Notkin is a former National Space Society president, serving from 2019 to 2021. He starred in three seasons of the award-winning television adventure series Meteorite Men for Discovery networks and two seasons of STEM Journals, for which he received two Emmy Awards. He’s also appeared in shows for Nat Geo, History Channel, Travel Channel, TLC, PBS, A&E, and the BBC. As an author, world traveler, and CEO of Aerolite Meteorites, Inc., Geoffrey frequently appears as an expert on Fox News, The Today show, BBC, Associated Press, Reuters, and Universe Today, among others. Geoffrey is a television and film producer who has written many articles and books on meteorite science, paleontology, astronomy, adventure travel, and the arts. His work has appeared in National Geographic, Smithsonian, Astronomy, USA Today, Wired, Reader’s Digest, and many other publications.

For those who attend our meeting in-person, you will have an opportunity to see and touch some real meteorites, and view some rare types, including one from the Moon, one from Mars, and one from a fall near Homestead, Iowa in 1875!

We hope you are able to attend, and that you invite others to what promises to be an entertaining and edifying evening!