Shortly before his death, John Glenn wrote the following letter to Jeff Bezos:

I’m really thrilled to congratulate you on winning the Smithsonian American Ingenuity Award for your historic achievement in rocketry with Blue Origin.

When I first orbited the Earth, in 1962, you were still two years from being born. And when I returned to space, in 1998, Blue Origin was still two years in the future. But you were already driven by a vision of space travel accessible not only to highly trained pilots and engineers and scientists, but to all of us. And you understood that to realize that vision, we would have to be able to get to space more often and more inexpensively. So you and your Blue Origin team began designing rockets that can be reused over and over again.

I’m deeply touched that you’ve named the second generation of those rockets—the first reusable rocket to orbit the Earth—the New Glenn. As the original Glenn, I can tell you I see the day coming when people will board spacecraft the same way millions of us now board jetliners. When that happens, it will be largely because of your epic achievements this year.

Again, my congratulations and best regards.

Here is a current photo of the 750,000 square-foot New Glenn rocket factory under construction in Florida: 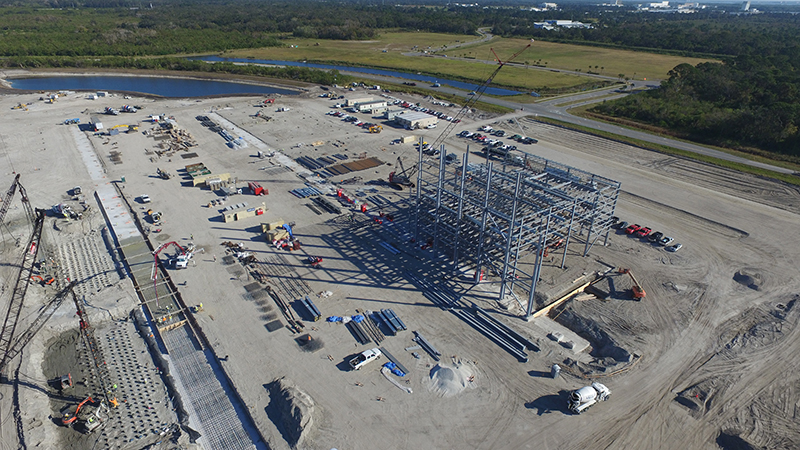 Here is a rendition of what it will look like by the end of 2017: 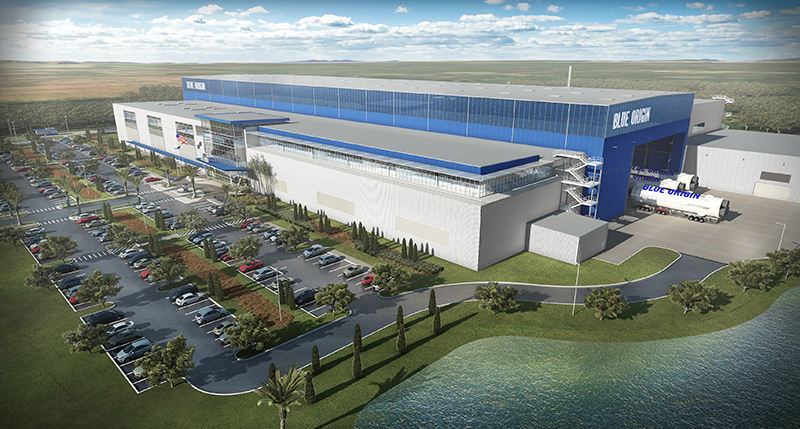 Here is a comparison of the size of the New Glenn compared to other large rockets: 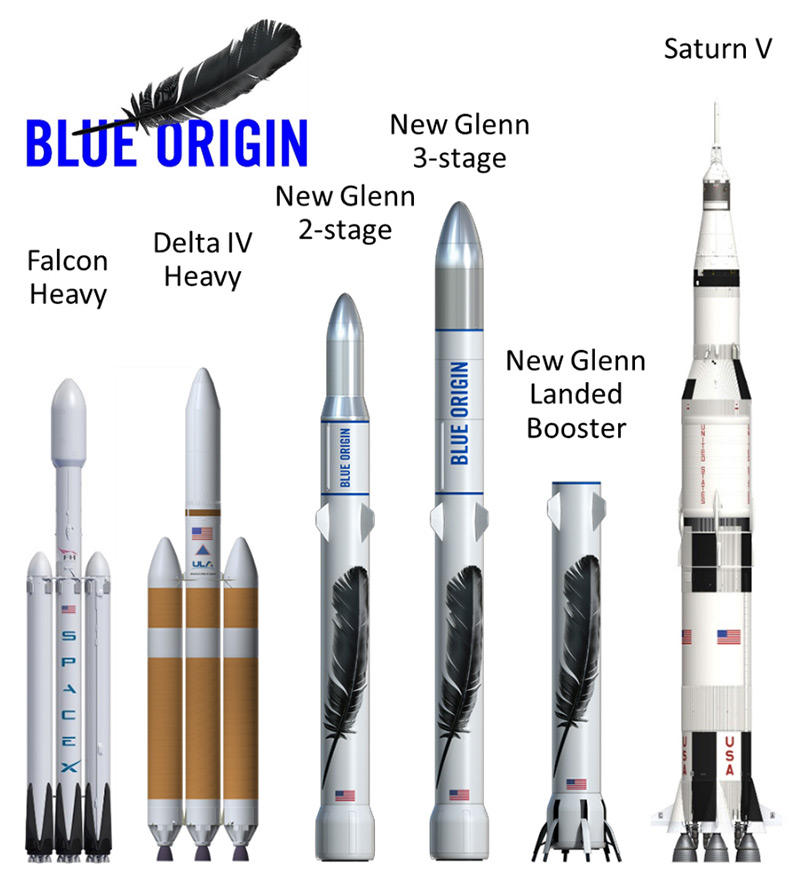