This video is no longer available.
Crip’s all business, while John is a clown. STS-1 25th anniversary talk, 2006.
If you ever had doubts about John Young’s comedy prowess, watch this clip here (it’s 53 minutes long, so get some tea and a snack).
Highlights:
I just reread Andrew Smith’s book, Moondust, and giggled at John all over again. He was blatantly trolling the poor interviewer there by not looking at him and basically being a smartass, but it had a great result. John’s contribution is one of the greatest parts of the book and I think revealed the most about him (well, more than other books have, but his memoir is on its way…). Viva John forever! 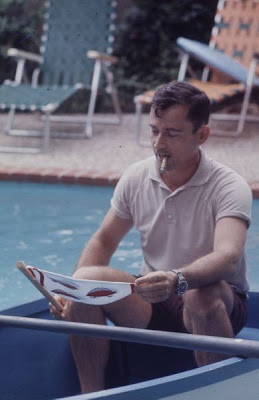