The National Space Society today announced that their Board of Directors has elected Karlton Johnson (Colonel – United States Air Force, Retired) as the Chairman of the Society’s Board of Governors. He will also lead the Governors Council, a project-oriented subset of the Board of Governors formed in 2016.

Hugh Downs, the Board’s longest-serving Governors’ Chair, is retiring after 45 years of service with the National Space Society and its predecessor, the National Space Institute. On March 9th, Downs accepted a distinguished service award and transitioned to become “Chairman Emeritus.”

“It’s a true honor to follow in the footsteps of a legendary icon like Hugh Downs, and have the remarkable opportunity to be on this spectacular team of professionals,” Johnson said. “The Board of Governors bring a strategic perspective that is second to none, and they serve as a vital function towards the Society’s long-term success.” 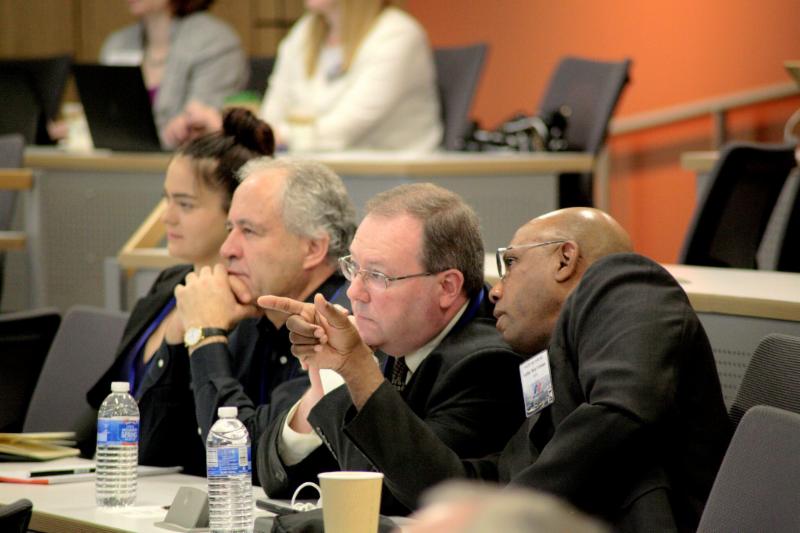 Johnson has exercised strategic leadership in organizations of up to 47,000 personnel and managed resource asset portfolios up to $5.5 billion. He has served in leadership positions on numerous Boards, and he also holds several Master’s Degrees and executive Graduate Certifications from various institutions including George Washington University, National Defense University, West Virginia University, ISACA and the U.S. government.

Over his long and distinguished career, he held a variety of challenging senior leadership and command positions in the Air Force and international communities. Assignments included space operational support, counter-drug missions, cyber support to the North Atlantic Treaty Organization (NATO), and supporting Combatant Commanders via the Chairman, Joint Chiefs of Staff. In 2014, Johnson retired from active duty in the U.S. Air Force with the rank of Colonel after 26 years of honorable service.

As a decorated combat veteran, his awards are numerous and highlighted by commendations including the Defense Superior Service Medal, the Order of National Security Merit Samil Medal given by the President of the Republic of Korea, and the Bronze Star with device.

Along with his military service, Johnson has served in the private sector continuing to deliver excellence. He held the position of Vice President, Business Development, at Alcoa Defense, in Washington, D.C. where he led all business development efforts for the air, space and combat support market segments of the company.

“The thing about being in the military is that you learn quickly it’s never ever about you, but about what you can do for others…for the team,” said Johnson. “Board service is no different: it’s about serving something greater than oneself. When I learned of the National Space Society, I saw once again another opportunity to serve. And in this case, we’re focused on the betterment of humankind. That’s something worth serving, and I’m all in 100 percent.”

Along with Johnson’s appointment, the Society also announced the selection of Geoffrey Notkin, also on the Board of Governors, as the new President of NSS.

“Geoffrey Notkin is one of the most intellectually savvy, extraordinarily gifted and talented leaders I’ve ever met, and I’ve met many,” Johnson said. “He is, hands-down, the number one right choice to shepherd the Society into the future, and the Board of Directors was spot-on with his appointment.” He added, “Mark this down: You’re going to see truly stellar results from Geoff’s accomplished leadership!”

“The Society is on the vanguard leading the charge to further define space development and empower the creative minds of tomorrow’s leaders. With all the recent advances in space-enabling capabilities, and those to come, clearly this is an exciting time to be in this business. Come join us on this incredible journey!” added Johnson.