The National Space Society announces that former NASA Deputy Administrator Lori Garver is the winner of its 2015 Space Pioneer Award in the non-legislative Government Service category. This award will be presented at the National Space Society’s 2015 International Space Development Conference (isdc2015.nss.org). This will be the 34th ISDC and will be held in Toronto, Canada, at the Hyatt Regency Toronto (downtown). The conference will run from May 20-24, 2015. 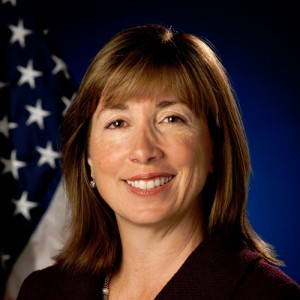 Lori has served two terms of service with NASA, the first from 1996-2001 when she served as Associate Administrator of the Office of Policy and Plans. In 2008-2009, she served as the head of the Presidential Transition Agency Review Team for NASA. She became the Deputy Administrator of NASA in July, 2009. During her term as Deputy Administrator, she steadfastly supported the areas of launch privatization and new technology development that will allow more effective human space operations both in low Earth orbit and beyond. Since her departure from NASA in September, 2013, she has remained outspoken in her support for launch privatization, and about how space can be used for the benefit of and the economic expansion of mankind. She is currently the General Manager of the Airline Pilots Association, International.