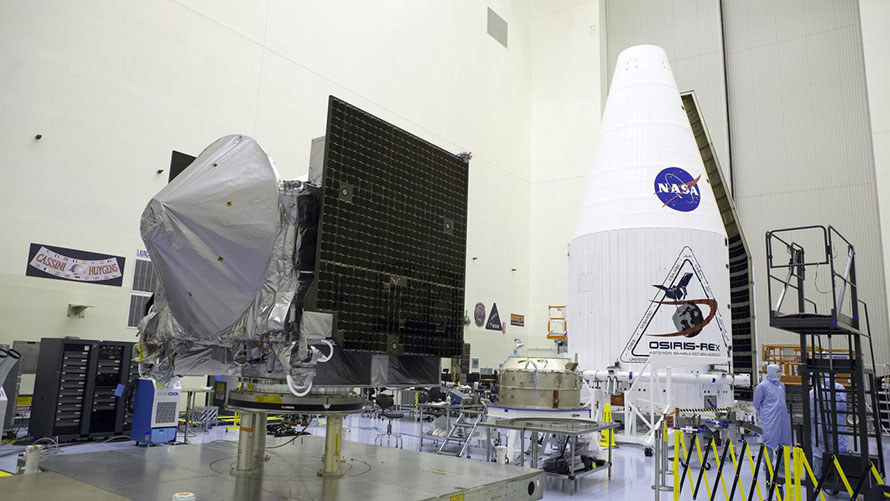 Asteroid Bennu was selected for this mission because of its composition, size, and proximity to Earth. Bennu is a rare B-type asteroid (primitive and carbon-rich) and is expected to have organic compounds and water-bearing minerals. B-type asteroids have not significantly changed since they formed 4.5 billion years ago. In comparison, Hayabusa2’s target, Ryugu, is a C-type carbonaceous asteroid which are the most common type in the solar system. Bennu is ~500 m in equatorial diameter, ~510 m in polar diameter, it has a 4.3 hours rotational period, a 1.2-year orbital period, a 6-degree orbital inclination, and comes close to Earth every 6 years. 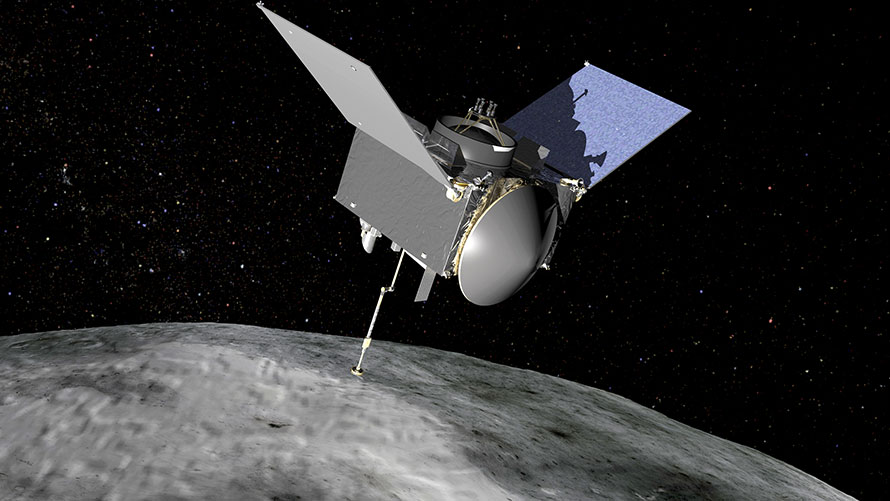 OSIRIS-REx was launched from Earth on 8 September 2016 on an Atlas V rocket from Cape Canaveral, Florida. It then entered a cruise phase after successfully deploying its solar panels, initiating its propulsion system, and establishing a communication link with Earth. On 3-4 December 2018, OSIRIS-REx matched the speed (~63,000 mph) and orbit of Bennu at roughly 19 km away from the asteroid. It entered Bennu’s orbit on December 31, 2018, and will start a remote sensing campaign used to select a sample site. After a sample site is selected, OSIRIS-REx will move into position to collect a sample of Bennu’s surface material. OSIRIS-REx can make up to three attempts using the TAGSAM to collect >60 grams of material. Around March 2021, the spacecraft will depart Bennu for the return trip back to Earth. OSIRIS-REx is then scheduled to land in the United States Air Force’s Utah Test and Training Range in late September 2023.

OSIRIS-REx has several instruments onboard supporting its mission. Some of the instruments are:

Data obtained from OSIRIS-REx’s two spectrometers, OVIRS and OTES, have already found the presence of hydroxyl molecules, which contain oxygen and hydrogen atoms bonded together. An analysis of the data suggests these hydroxyl groups exist across the asteroid in water-bearing clay minerals. This implies that at some point in the asteroid’s life it interacted with water, which may have been sourced from Bennu’s parent body, a much larger asteroid. Such water-bearing clay may be an important resource for future asteroid miners and space settlers. 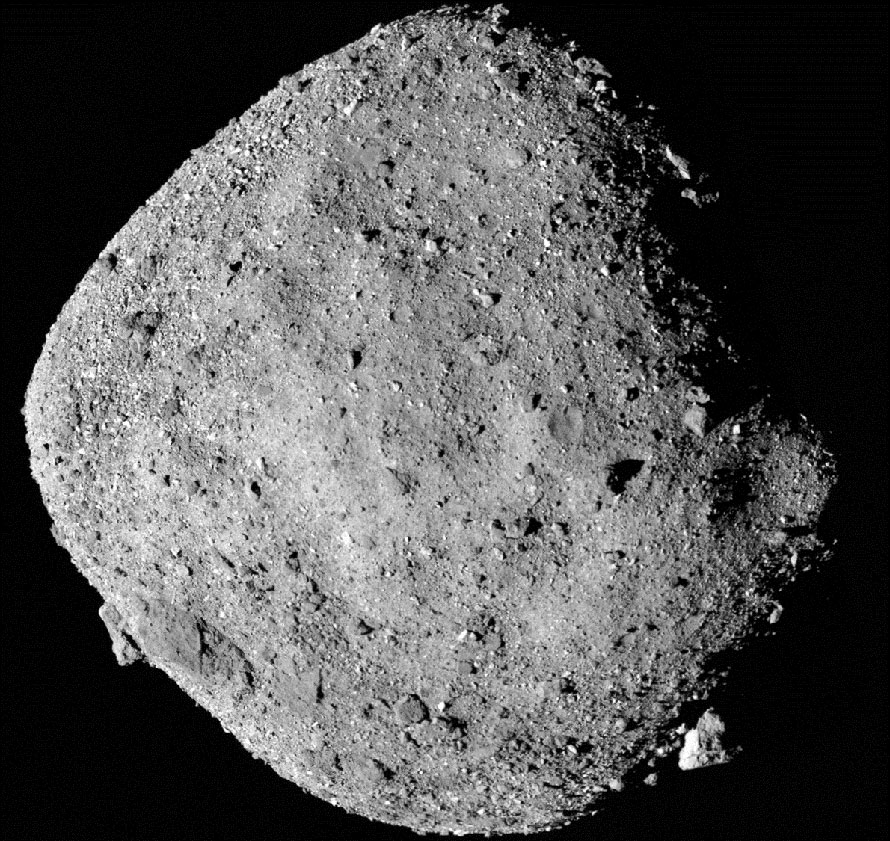 Mosaic image of asteroid Bennu taken by OSIRIS-REx from a range of 15 miles on December 2, 2018.
Image: NASA/Goddard/University of Arizona.

For example, Bennu may contain the molecular precursors to the origin of life and the Earth’s oceans. Additionally, Bennu is potentially one of the most hazardous asteroids, as it has a relatively high probability of impacting the Earth late in the 22nd century. Instruments onboard OSIRIS-REx will determine Bennu’s physical and chemical properties, which will be critical if we (the Earth) ever need to undertake an asteroid impact mitigation mission. Finally, asteroids like Bennu contain natural resources such as water, organics, and precious metals. In the future, these asteroids may fuel the exploration of the solar system by robotic and manned spacecraft.