NASA’s Planetary Defense Telescope (NEOSM) is Too Important to Cut 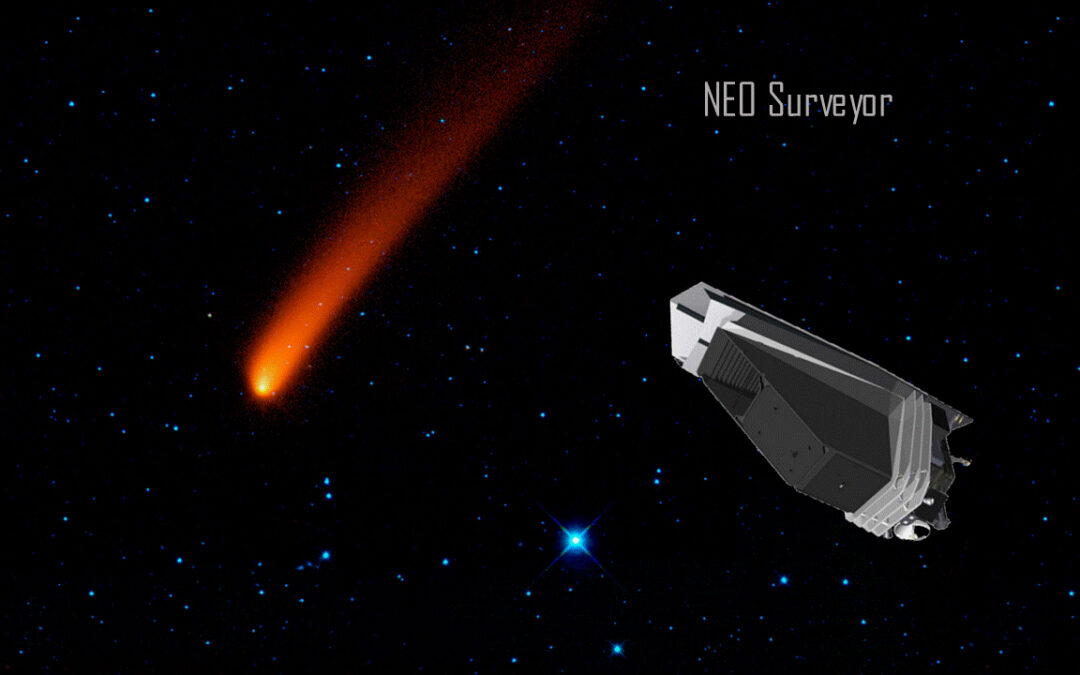 Asteroids have been striking the Earth for millions of years, and it is only a matter of “when” the next impact will occur, not “if.” Since the early 2000’s terrestrial observations have made considerable progress, locating nearly all the potentially hazardous asteroids more than 1 km across, about 1,000 in total, by 2010. These objects are so large that an Earth-impact would likely be an extinction-level event. However, smaller asteroids with diameters down to 140 meters, or smaller, still pose a regional danger, with potential destruction exceeding a handful of nuclear weapons. NASA estimates more than 25,000 of these asteroids exist, and as of January 2023, 60% of them have yet to be located. Since 2006 there has been interest a space-based infrared telescope to locate and track these hazardous objects, and in 2019, NASA approved the Near-Earth Object Surveillance Mission (NEOSM).

NSS has been working hard to avert catastrophic budget cuts to NEOSM that could jeopardize the mission’s success. Over the past two months, NSS members and leadership have met with offices of key Congressmen and the directors of relevant committees to oppose these cuts and restore the full funding for NEOSM, a space telescope designed to detect, track, and characterize potentially hazardous asteroids. It had been selected by NASA to proceed in 2019, more than ten years since inception, and was on track to launch as early as 2026.

But the President’s budget proposal for Fiscal Year 2023 would slash $100 million from NEOSM and delay launch by at least two years. The Administration and NASA followed up by requesting Congress take-back additional current-year funds that were only signed into law in March 2022. NSS believes the combined effect of these cuts could be disastrous for the NEO Surveyor Mission.

NEOSM is both too important and too small for these cuts to make sense. They appear to be NASA’s attempt to fix overruns in “flagship” planetary science missions like Europa Clipper and Mars Sample Return. But neither of these support a mission directed in law, as does NEOSM. And raiding the NEOSM “cookie jar,” won’t fix the flagship overruns—their overruns for just one year are about the size of the entire NEOSM mission! So breaking NEOSM doesn’t even begin to fix the flagship mission problem.

Unlike most planetary science missions, NEOSM provides a direct benefit to everyone on Earth. Congress understood this when they assigned the mission to NASA in 2005. More recently Dr. Phil Christensen, Co-Chair of 2023 Decadal Survey, called NEOSM “extremely important for society, for the world,” and said NEOSM is “crucial to the people here on the Earth. … We continue to urge NASA and Congress to ensure the mission is funded and launched in a timely fashion.”

To make matters worse, NASA has acknowledged that ground-based observations of near-Earth objects is getting more difficult because of the current and expected growth in low-Earth orbit “mega-constellations.” This concern is echoed in the 2023 Decadal Survey. Yet in the face of degraded observations, NASA’s answer is to delay NEOSM and even put the program at risk.

Unfortunately, NASA does not seem to view NEOSM as important. This may largely come down to bureaucracy. NEOSM belongs to the Planetary Defense Coordination Office, a small office in the Planetary Science Division of the Science Mission Directorate. Only one of those organizations doesn’t have “science” in its name. The Decadal Survey notwithstanding, NASA doesn’t view detecting potentially hazardous asteroids as “sciencey.” The Planetary Science Division wants to explore Mars and send probes to the gas-giants. Flashy programs get the most attention in the press and in budget meetings. Telescopes looking for dark asteroids don’t compete well in terms of prestige, excitement, or money.

The idea that NEOSM can be the piggy-bank for flagship cost overruns doesn’t add up. The entire cost of NEOSM is in the ballpark of $500 million. According to a NASA report in 2020, the costs of Mars Sample Return was expected to reach up to $4.4 billion, an increase of more than $1 billion over earlier estimates. And Europa Clipper received $600 million in one year, enough to fund the entire NEOSM program. It’s as if NASA doesn’t want to buy batteries for their smoke detectors, to help pay for a new car.

Sign up here for the NSS Campaign to Save NEOSM.

Sign up now because we need to take these actions before Congress marks up the FY23 budget on June 28th. Also, contact your Senators and Representatives directly. Tell them Asteroid Defense is important to you, and ask them to restore NEOSM’s funding (totaling $170 million in FY23) so it stays on schedule to launch as early as 2026.

Approximate path of asteroid 2019 OK past the Earth on 25 July 2019. Graphic produced by author from NASA-JPL Small-Body Database.