The National Space Society announces that physicist Dr. Kip Thorne is the recipient of its 2015 Space Pioneer Award for Mass Media. This award will be presented at the National Space Society’s 2015 International Space Development Conference (http://isdc2015.nss.org/). This will be the 34th ISDC and will be held in Toronto, Canada, at the Hyatt Regency Toronto (downtown). The conference will run from May 20-24, 2015. 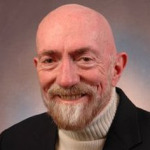 Dr. Thorne has had a very long and distinguished career as a physicist, Caltech physics professor, and author. Physics is the bedrock of space science, and what he has taught is vital to professionals working in the space community. Dr. Throne co-authored the landmark physics textbook Gravitation. He held the position of the Feynman Professor of Theoretical Physics at Caltech from 1991 to 2009, when he left the position to work outside of the university. His work in Interstellar is one of the results. Dr. Thorne is good friends with world-famous physicist Stephen Hawking, prior recipient of the National Space Society’s prestigious Heinlein Award.