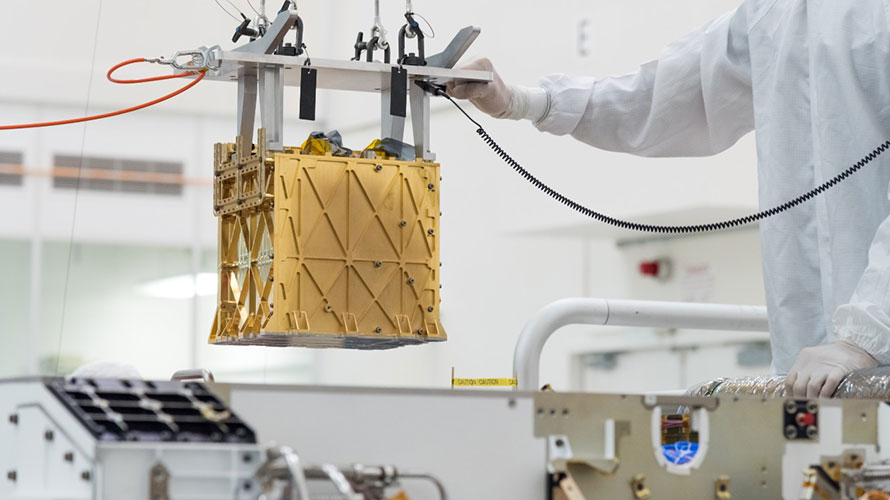 On Tuesday, an experimental unit on NASA’s Perseverance rover called MOXIE achieved a remarkable milestone on Mars, extracting oxygen from the Martian atmosphere.

“The success of MOXIE is an amazing accomplishment that has vast implications for supporting humans on Mars,” said Anita Gale, CEO of the National Space Society. “While this is just a small demonstrator unit, future plans call for NASA to send a vastly scaled-up version that will extract many tons of oxygen for use by future missions to, and settlers on, Mars.”

MOXIE is in essence a reverse fuel cell, using a high-temperature heater to crack carbon dioxide in the Martian air to make breathable oxygen. That oxygen, in sufficient quantities, will ultimately be used not just to support human settlements on the Red Planet, but can also serve as rocket fuel for the return trip home.

“A full-scale system would produce maybe 200 times what MOXIE produces and have it ready for astronauts to combine with a fuel, which they could bring from Earth,” said Mike Hecht, the Principal Investigator on MOXIE. The oxygen is an oxidizer, and much more of that is needed than rocket fuel when traveling to Mars and back. “You need about 25 tons of oxygen for about seven tons of fuel, so the low-hanging fruit is the 25 tons of oxidizer.” This technology could make traveling to Mars much less expensive and more routine, and supply human settlements there with a ready supply of breathable oxygen.

“The MOXIE technology is a huge step toward supporting large settlements of people on the Red Planet,” said Dale Skran, NSS Chief Operating Officer. “The production of oxygen from the Martian atmosphere is a critical path item in Elon Musk’s efforts to build a city on Mars.”

The success of MOXIE in its first trial, coming on the success of the first flight of the Mars helicopter Ingenuity, is a huge accomplishment. “Testbeds are doomed to succeed,” said Hecht. “You can make anything work in the laboratory, but making it work in the field is a totally different issue.” As NASA has discovered over the decades, many devices designed for space and tested on Earth can fail quickly in space or on other worlds—and the only way to know it works is to test onsite.

“We have a lot of other things the Rover has to be doing,” Hecht noted, “so we get to run MOXIE maybe once every couple of months for a few hours. That will use up that day’s supply of energy from the battery, then we wait again.”

“Running MOXIE is a challenge,” said Rod Pyle, the Editor-in-Chief of NSS’s signature magazine, Ad Astra. “The one-foot by one-foot machine must heat the Martian atmosphere to very high levels—about 1500 degrees Fahrenheit—and the rover’s nuclear power supply only provides 115 watts of power. That’s about enough to run a high-intensity light bulb, and it’s very demanding on the rover, but NASA felt it was worth doing to advance the prospect of sending humans to Mars.”