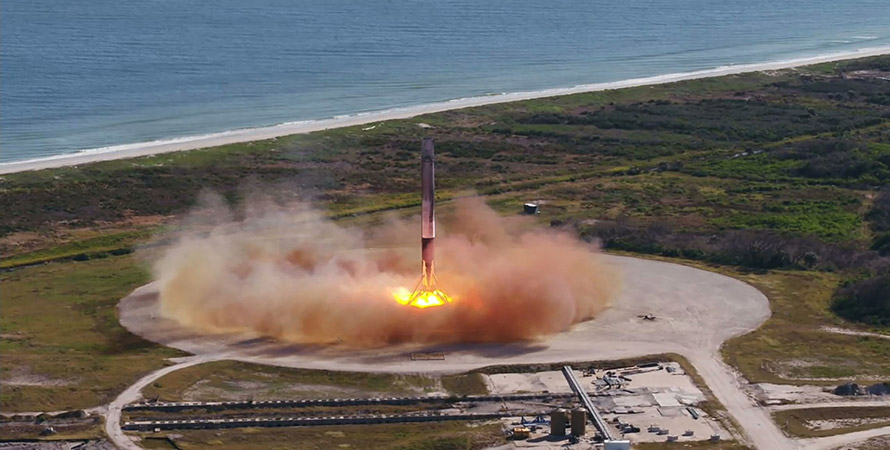 Friday’s flight is SpaceX’s 17th this year, the fourth usage of a “flight proven” first stage, and the 14th first stage landing during 2017. These numbers put SpaceX in a leading position among launch providers world-wide. For example, in 2017 so far, the United Launch Alliance has lofted eight rockets and Arianespace nine. SpaceX by itself leads all Chinese launches (16) and falls just short of Russia (19).

This flight is also notable for many “firsts”:

“NSS members are especially excited about Made in Space’s optical fiber manufacturing facility Dragon is carrying to the ISS,” said Dale Skran, the NSS Executive Vice President and Chair of the NSS Policy Committee. “If successful in demonstrating the superiority of ZBLAN* fiber made in space, this trial run may produce the first products manufactured in space and sold on the Earth, opening a new era of orbital commerce. Research indicates that ZBLAN fiber pulled in microgravity may not crystallize as much, giving it better optical qualities that allow for more data to be sent over longer cable runs without repeaters, saving money and increasing security.”

NSS believes that in-space manufacturing as envisioned by Made in Space and NASA will be an important step toward achieving Milestone 7: Applications of Space Technology on and for Earth in the NSS Space Settlement Roadmap (http://space.nss.org/milestones-to-space-settlement-an-nss-roadmap-part-3/).

“SpaceX has capped the year with a really impressive achievement,” said NSS Senior Vice President Bruce Pittman. “We look forward with great anticipation to the results of the fiber ZBLAN fiber cable manufacturing tests, and continuing usage of ‘flight-proven’ first stages by NASA and commercial customers. The return to operational status of SLC-40 opens the way for the first flight of the Falcon Heavy from Launch Complex 39A next month.”