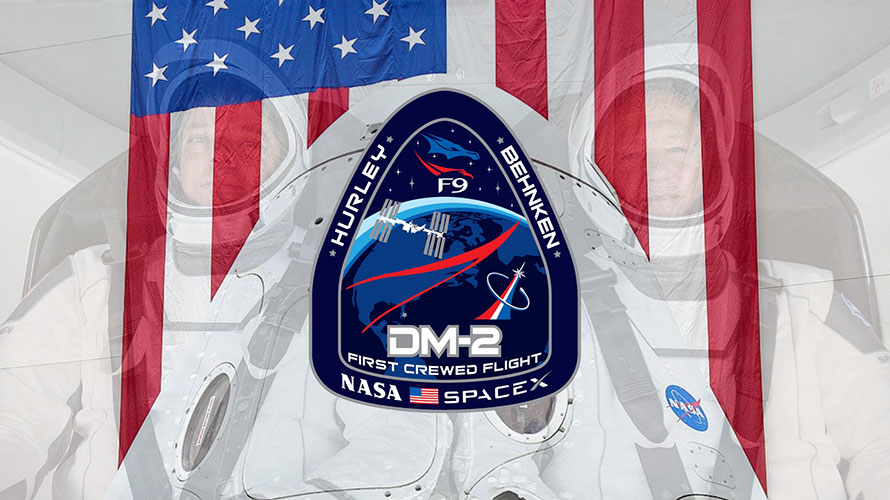 The National Space Society applauds the successful launch of two Americans to the International Space Station—the first from American soil in nearly a decade—today aboard a SpaceX rocket. NASA astronauts Doug Hurley and Bob Behnken launched aboard SpaceX’s new Crew Dragon capsule and will remain on the ISS for at least a month before riding the capsule back to Earth.

The Demo-2 mission demonstrates the wisdom of NASA’s public-private cooperation with SpaceX, which (along with Boeing) won Commercial Crew Capability (CCTCap) contracts in 2014 to deliver astronauts to the International Space Station. Boeing was awarded $4.2 billion and SpaceX $2.6 billion for six crewed flights to and from the ISS starting in 2017. However, both companies suffered congressional funding shortfalls and technical challenges that delayed the development of their spacecraft.

The Chair of the NSS Executive Committee Dale Skran added, “Today’s successful launch is a watershed moment with far-reaching symbolic and practical consequences. The United States no longer needs to depend on Russia’s Soyuz spacecraft to carry its citizens to the ISS. Moreover, the Demo-2 mission sets the stage and serves as a model for a new era with government and commercial organizations working together to develop the resources of cislunar space for the benefit of everyone on Earth.”

For more information of the future of human spaceflight and settlement of the solar system, see the NSS “Roadmap to Space Settlement.”