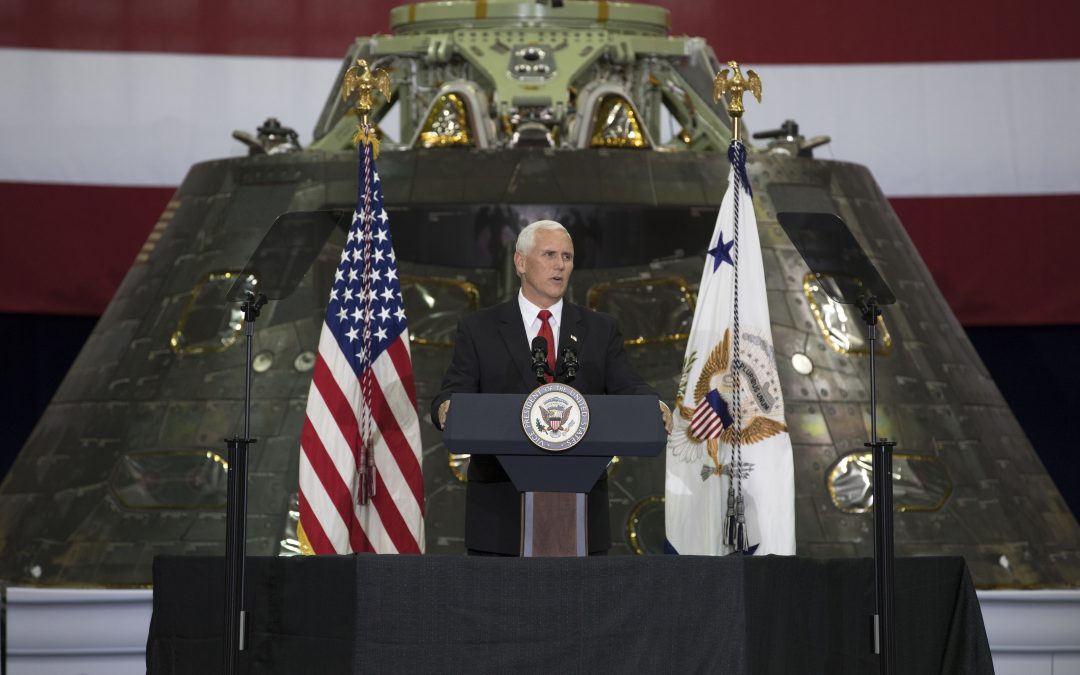 The National Space Society (NSS) endorses Vice President Pence’s call to maintain a “constant presence” in low-Earth orbit (LEO) leading to the settlement of the space frontier, made during a visit July 6, 2017 to Kennedy Space Center. Fresh off the June 30th signing of a an executive order that makes VP Pence the leader of a revitalized National Space Council, Pence delivered an optimistic view of NASA’s future. NSS applauds the creation of a revived National Space Council, and looks forward to Pence leading the Council toward a bold future in space that is not just exciting but that delivers the benefits of space resources to all Americans.

VP Pence spoke about space settlement, saying, “We will maintain a constant presence in low-Earth orbit, and we will develop policies that will carry human space exploration across our solar system and ultimately into the vast expanse of space.” Pence continued, “As the President has said, space is in his words the ‘next great American frontier.’ And like the pioneers that came before us, we will settle that frontier with American leadership, American courage, and American ingenuity.” 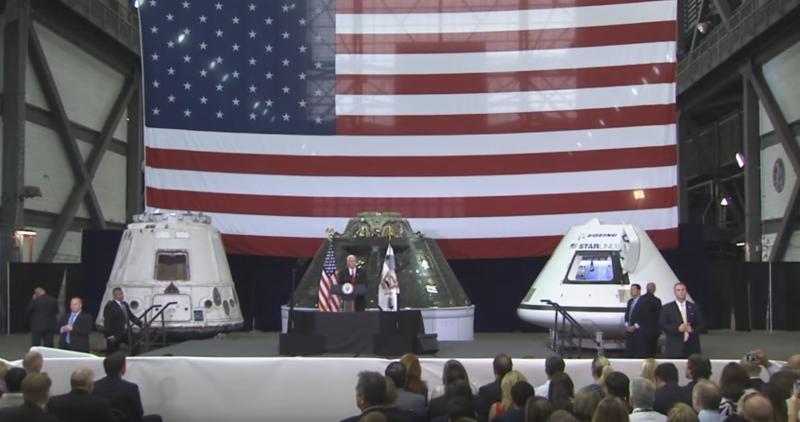 “NSS strongly supports a gapless transition from the current International Space Station to future commercial LEO space stations,” said Dale Skran, NSS Executive Vice President. “We are encouraged to see the Vice President endorse a ‘constant’ human presence in low-Earth orbit. NSS works diligently to support the development and settlement of space, and this may be the first time that this goal has been endorsed in a public speech by a Vice President.”

NSS has been on the forefront of promoting space settlement for many years and has developed a Roadmap to Space Settlement that can be found at: www.nss.org/settlement/roadmap. NSS calls on everyone to help NSS push for space development and settlement by signing up to visit their Congressional representatives in the annual local August Home District Blitz at: tinyurl.com/2017AugustBlitzSignup.

Vice President Pence also spoke on the importance of public-private partnerships in the development of space, saying: “I’m particularly excited to see the increased collaboration with our burgeoning commercial space industry so much in evidence here at the Kennedy Space Center. I’m really sorry that I missed the successful commercial launch that took place last night. But the truth is we’re going to continue to foster stronger partnerships between government agencies and innovative industries across this country because both have so much to offer one another. In conjunction with our commercial partners, we’ll continue to make space travel safer, cheaper, and more accessible than ever before.”

“NSS is pleased that VP Pence has provided a strong endorsement for public-private partnerships in space,” said NSS Senior Vice President Bruce Pittman. “Such partnerships, which include the successful Commercial Orbital Transportation Services/Commercial Resupply Services programs to supply cargo to the ISS, have restored the U.S. as the world leader in space launch services.” This year, through the end of June, 2017, there have been 42 launches worldwide, with the USA leading at 13, roughly the same as Russia and China combined.