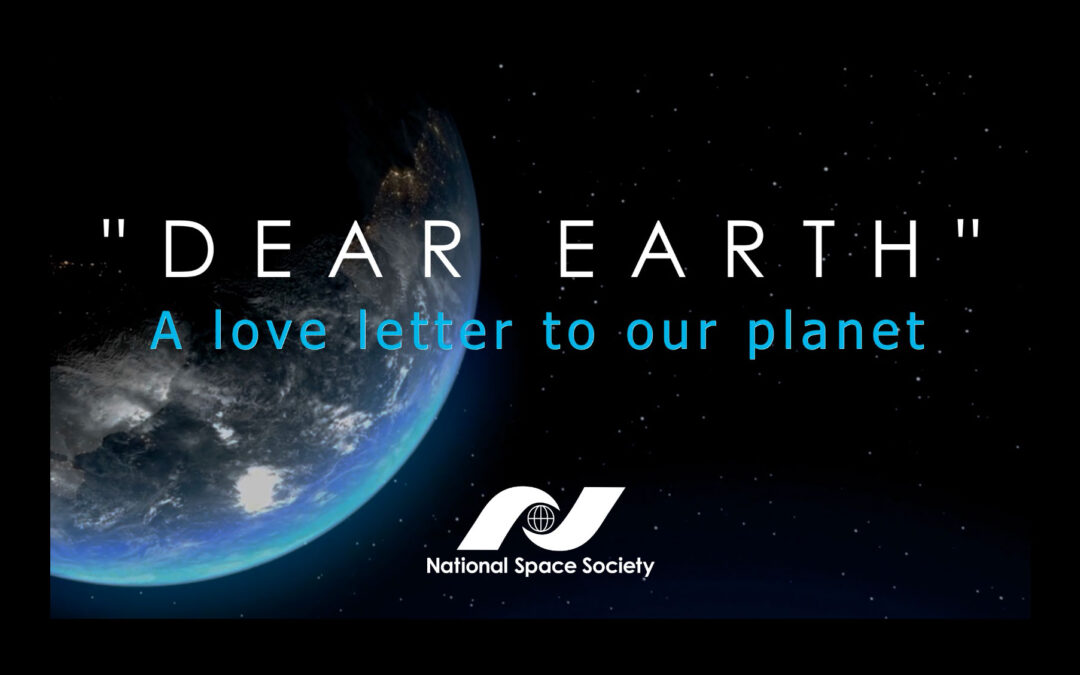 The National Space Society announced today its “Dear Earth” campaign for space solar power has been named in the Best of Social Media category in the 42nd Annual Telly Awards. The Telly Awards honor excellence in video and television across all venues and are judged by industry leaders from broadcast television, streaming networks, top production companies and other venues, including Netflix, Dow Jones, Complex Networks, A&E Networks, Hearst Media, Nickelodeon, ESPN Films, RYOT, Partizan and Vimeo.

The “Dear Earth” campaign, voiced by Samantha Clark, highlights the ways in which solar power generated in orbit and beamed to Earth can provide limitless, clean energy that will be affordable and drastically lessen our dependence on fossil fuels. In contrast to ground-based solar panels, orbital power stations can operate 24 hours per day all year long.

“This campaign is part of a series of video presentations the National Space Society is creating about the benefits of developing space,” said Rod Pyle, the producer/director of the spots and Editor-in-Chief of the society’s quarterly print magazine, Ad Astra. “We’re thrilled to have won this award and hope to continue to spread the word about the importance of NSS’s work.”

Anita Gale, the CEO of NSS, added, “We at NSS feel it is very important to bring the broader public into what has long been an insufficiently publicized conversation—the importance of space to everyone on Earth. This is not just about exploring planets with robots and sending astronauts to the Moon—this aspect of space development will go a long way toward restoring our own planet’s environment and reducing the impact of greenhouse gasses on our atmosphere.”