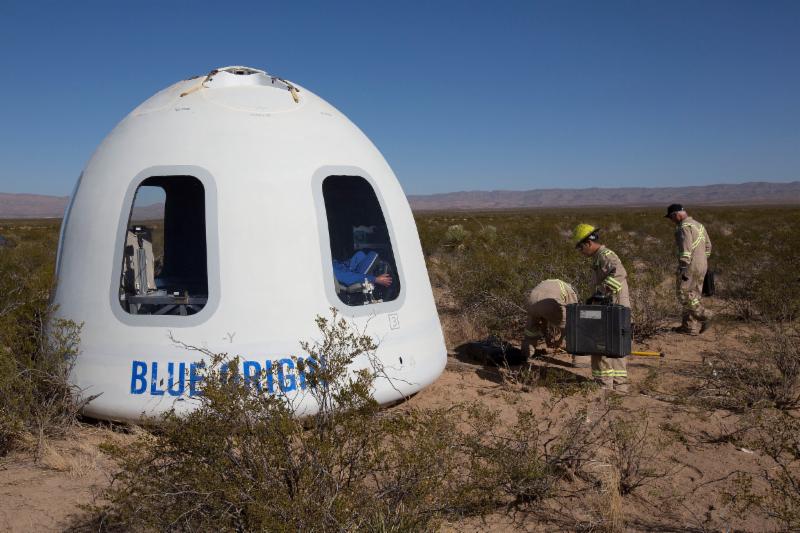 UPDATE: On December 19th Blue Origin announced that the December 12th flight of New Shepard was done under a new operational license from the FAA, and as a result revenue was booked on a New Shepard flight for the first time.  Blue stated that the cargo manifest for 2018 was mostly full, and that the first crewed test flight could be expected toward the end of 2018, with paying customers in late 2019.  This is a BIG DEAL.  For the first time, a company seeking to make a business out of sub-orbital tourism is taking in revenue, and the pathway to fully operational status seems clear.  More information can be found at:  http://spacenews.com/blue-origin-a-year-away-from-crewed-new-shepard-flights/.

The National Space Society (NSS) congratulates Blue Origin on the seventh New Shepard flight December 12, 2017. After reaching over 98 kilometers in height, both the booster and the capsule were successfully recovered. The upgraded capsule, targeted for crewed flights in 2018, features the largest windows ever flown in space – 2.4 feet by 3.6 feet – and carried 12 commercial, research, and educational payloads, along with a dummy “Mannequin Skywalker.” This is the first of an expected series of tests of an upgraded version of the New Shepard expected to lead to sub-orbital tourist flights in the near future. The New Shepard booster is powered by the re-usable liquid oxygen/liquid hydrogen BE-3 engine.

“Blue Origin plans to use the technology from New Shepard to build its ‘Blue Moon’ lander,” said Dale Skran, the NSS Executive Vice President and Chair of the NSS Policy Committee. “This is a great example of pioneering private-sector technology that as part of a public-private partnership could support a USA return to the Moon as called for in Space Policy Directive 1.” On December 11, 2017, President Trump signed “Space Policy Directive 1,” which called for the United States to “lead the return of humans to the Moon for long-term exploration and utilization” while working with “commercial and international partners.” 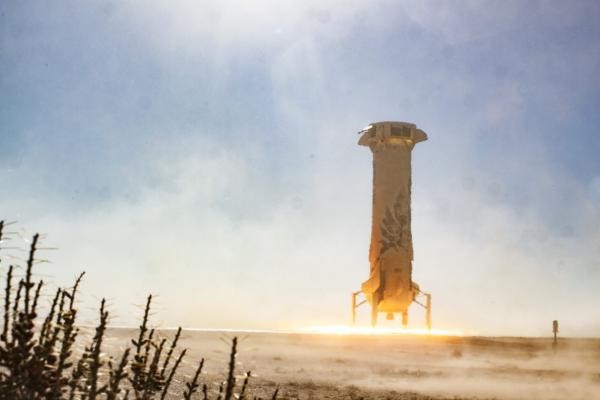 NSS believes that sub-orbital tourism of the sort envisioned by Blue Origin and Virgin Galactic will be an important step toward achieving Milestone 2: Higher Commercial Launch Rates and Lower Cost to Orbit in the NSS Space Settlement Roadmap (https://space.nss.org//settlement/roadmap/RoadmapPart2.html).