NSS Chapter Presents LUROVA at NASA in the Park 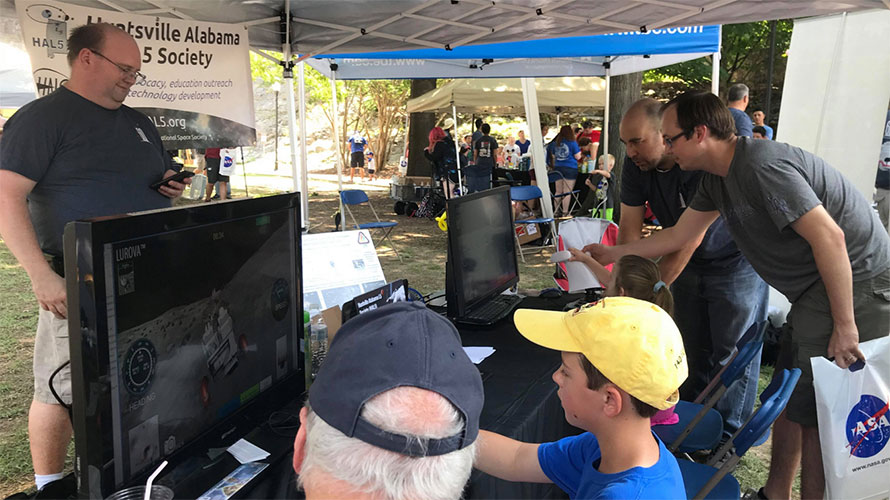 LUROVA™, the LUnar ROVing Adventures educational simulation game, was provided by the HAL5 NSS Chapter for about 120 kids and adults at the 2018 “NASA in the Park” event in Huntsville, AL on June 16. The event had over 9,000 visitors eager to learn about NASA’s past, present and future as Marshall Space Flight Center celebrated the agency’s 60th anniversary. This game provided those adventurers with a historically accurate simulation in which they could plan, prepare, and be judged on how well they perform a planned Apollo Moon Exploration Roving mission. Challenges were provided along the way, as the adventurers applied learned driving skills and were rewarded with “I Drove the Moon Rover” stickers. 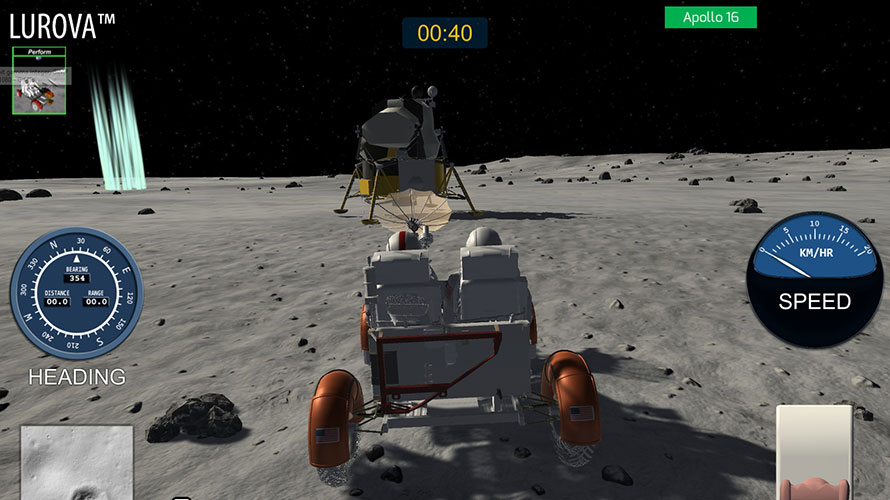 LUROVA™ was developed by HAL5 member Ron Creel and includes the actual Apollo Lunar Roving Vehicle (LRV) simulation that was used for thermal control mission support during Apollo lunar exploration missions (see his NASA paper on LUROVA). The “Adventurer” becomes the astronaut for driving his or her rover over an accurate representation of the lunar terrain using data collected by the Moon orbiting NASA Lunar Reconnaissance Orbiter (LRO) satellite. This was the third time HAL5 brought out LUROVA to the general public. The introduction was at last October’s Von Braun Astronomical Society (VBAS) annual astronomy day and International Observe the Moon night at the U.S. Space and Rocket Center a few weeks later. For more information about HAL5, please visit: www.HAL5.org.