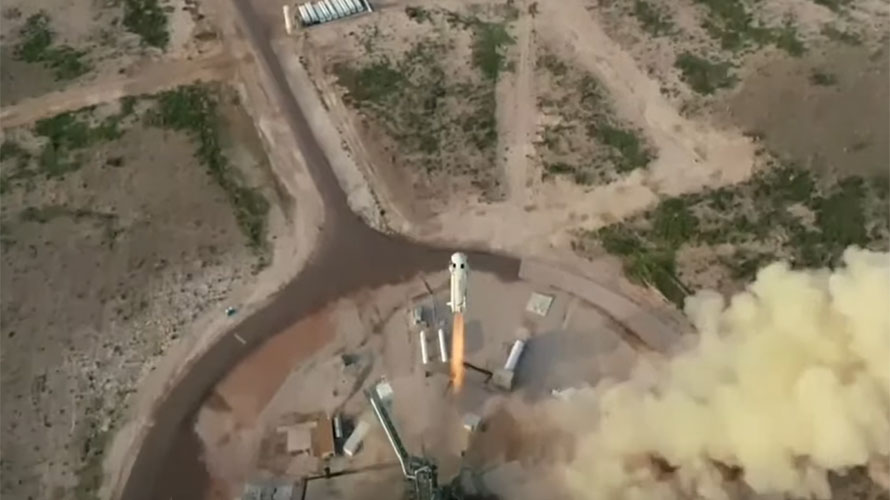 After years of development and 15 prior test flights, Jeff Bezos has taken the journey of a lifetime into space. With him were his brother Mark; Oliver Daemon, who replaces the original high bidder for a flight slot; and Wally Funk, one of the “Mercury 13” women who were privately tested for spaceflight during the early years of the Space Race. Daemon, at 18, is the youngest person to fly in space, and Funk, at 82, is the oldest.

Departing Blue Origin’s launch site near Van Horn, Texas early on the morning of July 20—not coincidentally the same date as the landing of Apollo 11 some 52 years ago—the New Shepard rocket began an approximately 11-minute flight at 8:11 am local time. Minutes later, the New Shepard rocket released the capsule, named RSS First Step, and followed an automated landing sequence back to the launch site, leaving the capsule and its passengers to crest a ballistic arc and begin their descent. They experienced weightlessness for about three minutes at the top of their trajectory. Parachutes were released as the craft descended and brought them back to a safe landing. 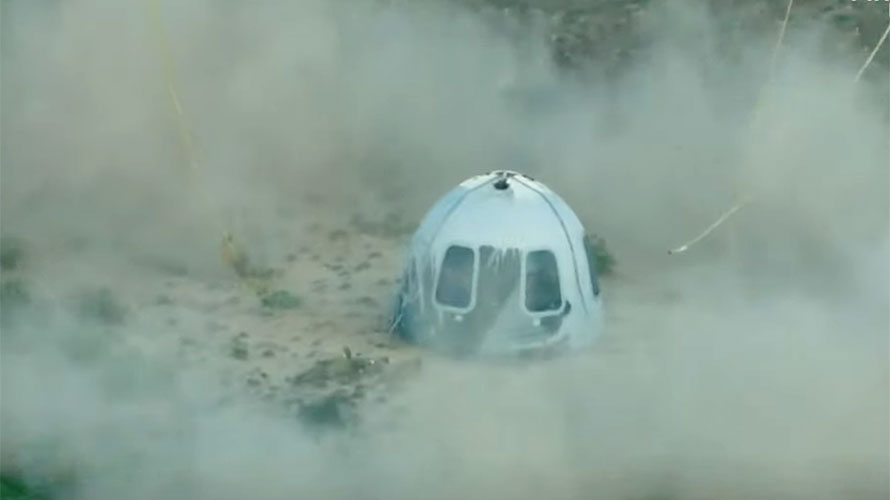 Along with Richard Branson’s record-making flight last week, Bezos’s rocket ride has made history. While both flights were similar to missions from the 1960s—Branson’s similar to the X-15 flight profile and Bezos’s closer to that of Alan Shepard’s Mercury flight in 1961 (for which the program and rocket are named)—both represent a significant milestone in opening spaceflight to regular citizens. Whether they are called space tourists or citizen astronauts is immaterial—the real value is the beginning of a larger expansion of humanity into space.

“The National Space Society is celebrating today’s flight of Blue Origin’s New Shepard,” said Anita Gale, CEO of NSS. “This marks a second remarkable achievement in private spaceflight in as many weeks, and we are thrilled to see the final frontier opening to the rest to us.”

Michelle Hanlon, President of NSS, added, “It’s noteworthy that most of the money raised by auctioning the empty seat on this flight is being donated to organizations like, and including, the National Space Society. Mr. Bezos’s generosity is laudable, and we thank him from the bottom of our hearts for his generous gift. This will allow NSS to accelerate our efforts to assist young people in reaching for space-related careers. Huge congratulations to Blue Origin’s New Shepard team and Jeff Bezos!”

This flight marks the 16th for the New Shepard rocket and more are expected to follow very shortly, with both Blue Origin and Virgin Galactic suggesting routine revenue flights in 2022.

These new commercial spaceflight efforts are early steps toward settling the final frontier as outlined in the NSS Roadmap to Space Settlement.

“This launch, as well as those preceding and following it, clearly demonstrates the value proposition of innovation, agility, and commercial activities towards advancing humanity into space,” said Karlton Johnson, Chairman of the NSS Board of Governors. “Blue Origin’s donation to NSS’s STEM efforts will ignite future generations to take us farther and higher than ever.”