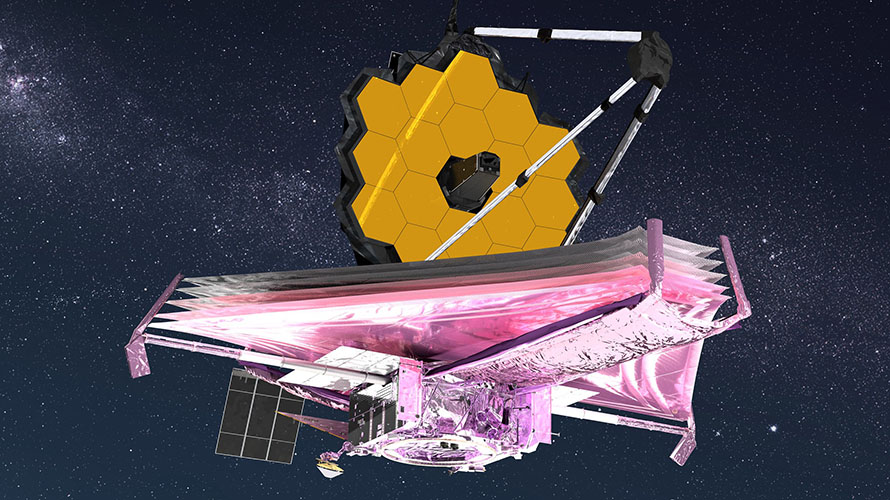 “The National Space Society is thrilled to see this magnificent telescope take flight,” said Anita Gale, the CEO of NSS. “This is the beginning of a new era of astronomy; one that will not only identify new worlds in other solar systems but probe the very origins of the universe.”

The JWST began as an idea that emerged from a 1989 NASA workshop and the design and construction teams were selected in 2002, with construction beginning in 2005. The record-breaking space telescope has a primary mirror aperture of 26 feet (8 meters) and will be so sensitive that it could detect the heat signature of a bumblebee at the distance of the Moon. It will observe in the infrared spectrum, the most beneficial for astronomical investigations.

Said NSS COO Dale Skran, “Infrared telescopes like the JWST can only operate in space since the Earth’s atmosphere filters out those wavelengths of light. Additionally, it will be deployed at the Sun-Earth Lagrange point L2, about four times farther from the Earth than the Moon, and far above the increasing number of orbiting satellites that trouble ground-based equipment. The JWST and other space-based telescopes represent the future of astronomy.”

Sun-Earth L2 is one of many Lagrange points in the solar system where a spacecraft can maintain a small, stable orbit in one area. Once there, the telescope will be permanently shadowed by the Earth, greatly enhancing its ability to operate at the cold temperatures necessary for infrared astronomy (below minus-370 degrees Fahrenheit or -233 Celsius).

The JWST is a flagship NASA astrophysics mission, intended to ultimately replace the Hubble Space Telescope and greatly increase our astronomical reach. It will be able to image objects near the edge of the universe, those created within a few hundred million years of the Big Bang, as well as spotting potentially habitable exoplanets in other star systems.

To send such a massive mirror into space was an enormous challenge and necessitated creating a multi-celled folding mirror that will deploy once outside the Earth’s atmosphere. Each of the 18 segments must be aligned to within a fraction of a wavelength of near-infrared light—just a few nanometers, or about 1/10,000th the thickness of a human hair.

In addition, a number of large sheets of Kapton foil must be carefully unfurled at the base of the telescope to provide extra thermal shielding, a delicate operation that required much more development and testing than anticipated after its completion in 2016. Unlike the Hubble Space Telescope, it cannot be repaired once in space due to its extreme distance from Earth. Instrumentation includes cameras, spectrometers, and coronagraphs for spotting exoplanets near bright stars.

Other, larger space telescopes are being planned that will require fewer calisthenics to deploy when bigger rockets are available. “NSS looks forward to a vast expansion of space-based astronomy once the SpaceX Starship/SuperHeavy is flying,” Skran said. “With its 30-foot (9-meter) diameter cargo hold and large lifting capacity, it will enable a new generation of less expensive and more capable space telescopes. The Starship may even be capable of carrying repair crews to these distant instruments to extend lifetimes for decades.”

It will take a month for the JWST to reach its final orbit at L2 and another five months for the telescope to unpack, chill down, and prepare for its science work. The primary mission will last for at least five years, and it carries enough fuel to maintain its ultimate position, 930,000 miles (1,500,000 km) from Earth, for a decade. 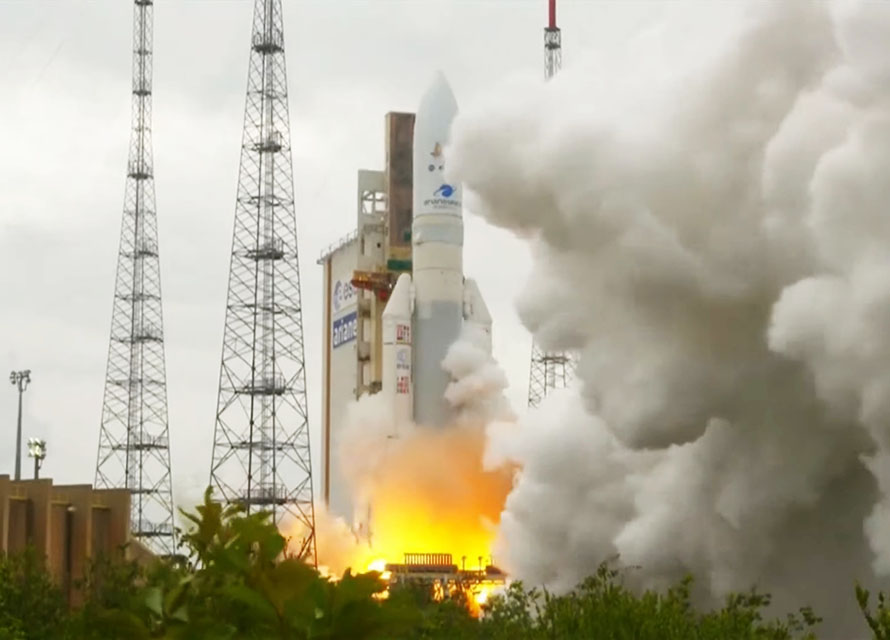