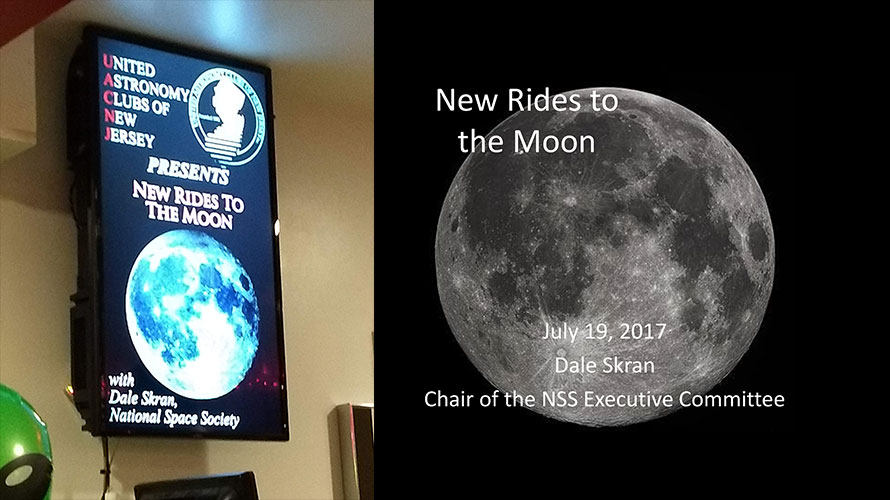 On July 20, 2019 at 8 pm, Dale Skran, NSS Chair of the Executive Committee spoke to a small but enthusiastic crowd at the headquarters of the United Astronomy Clubs of New Jersey on the topic “New Rides to the Moon.” The UACNJ includes 12 astronomy clubs in the New Jersey area. Their headquarters, located at Jenny Jump State Forest, is in the area of NJ with the darkest sky, and opens to public use a significant number of telescopes via free public programs every Saturday April-October 8 PM-10:30 PM.

Skran’s talk (see slides from his talk) described a new generation of heavy lift vehicles that will loft the next expeditions to the Moon. Vehicles covered included the Long March 5, Falcon Heavy, SLS Block 1, New Glenn, Vulcan, SLS Block 1B, and Starship/Superheavy. This talk does not represent a position of the National Space Society.

Gathering of the United Astronomy Clubs of New Jersey