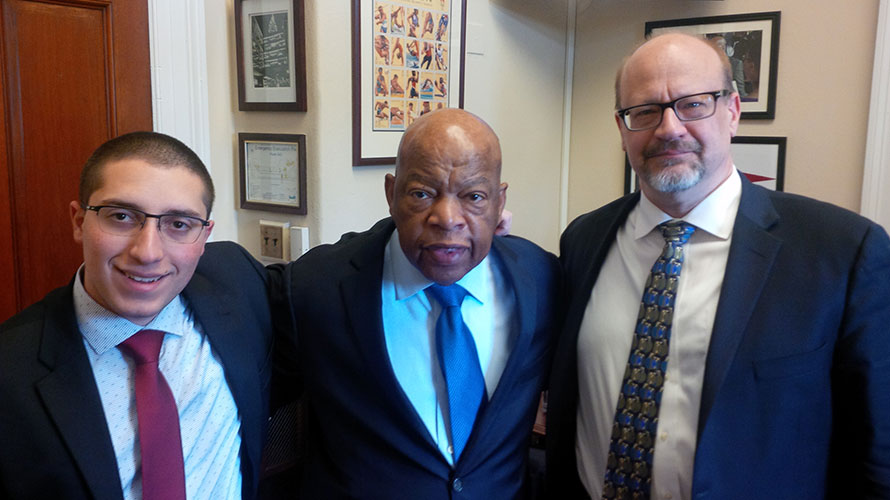 The National Space Society mourns the passing of Representative John Lewis of Georgia’s 5th congressional district and celebrates the many achievements of his extraordinary life and career.

Rep. Lewis was an internationally celebrated figure in the civil rights movement for decades, having worked alongside Dr. Martin Luther King in the 1960s. He continued to lead the Black community on this trajectory throughout his adult life, fighting for equality and racial justice until his final days.

Less well known are his activities in staunch support of space exploration and science.

Rep. Lewis was part of the one vote majority that saved the International Space Station in 1993 when the program was in jeopardy. The rise of private spaceflight companies such as SpaceX and programs such as NASA’s successful Commercial Resupply Services and Commercial Crew can trace their lineage back to that vote.

Of the nation’s space program, Rep. Lewis spoke eloquently: “I still believe, as do the majority of the American people, that it is America’s destiny to explore space. Not for the cold war reasoning of proving we are the greatest nation on Earth, but because we are the greatest nation on Earth. We became great by dreaming and pursuing that dream. As soon as we lose the ability to dream and reach for the stars, we cease to be great.”

The International Space Station has been continuously crewed for 20 years and is not only the most successful orbiting research laboratory in history, but marks the greatest success in international cooperation in space. Research conducted on the ISS has advanced medical science, space agriculture, materials science, and much more, and this research is paving the way for the return of humans to the Moon and eventually crewed flights to Mars.

“Rep. Lewis’s achievements in the civil rights movement are legion, and he was a pivotal figure in advancing the inclusion of people of color in all walks of the American workplace,” said Karlton Johnson, the Chairman of the Board of Governors for NSS and a retired Air Force colonel. “His actions made it possible for all of us to become leaders in our own right. We mourn his passing but are truly grateful for the amazing life he led. His leadership proved that we are no longer bound by any limitations except those we place on ourselves.”