NSS Space Forum Aug. 19: I Was a Teenage Space Reporter

I Was a Teenage Space Reporter: From Apollo 11 to Our Future in Space 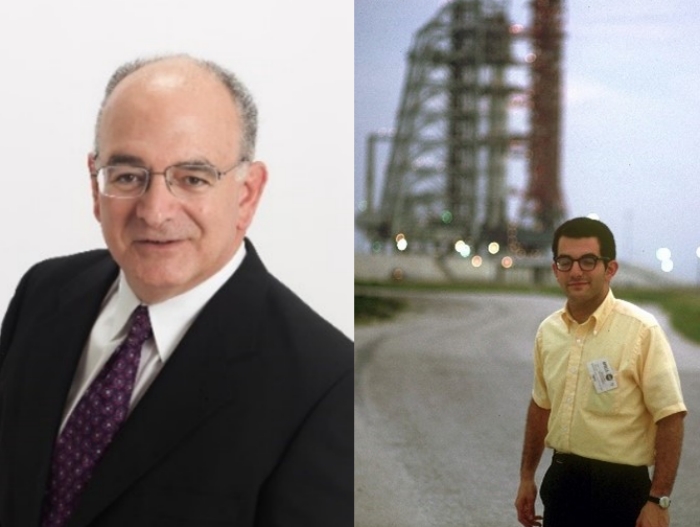 How does a nineteen year-old college journalist get NASA press credentials for perhaps the greatest adventure in human history, the launch of Apollo 11 and the first lunar landing? David Chudwin was a reporter and an editor for The Michigan Daily when he received NASA’s approval and traveled to the Kennedy Space Center in July 1969 to witness and report on this historic mission. Chudwin was the only journalist with official NASA press credentials representing the college press and had extraordinary access to the astronauts, rocket scientists, launch pads, rockets, and control centers. In 2019 on the 50th anniversary of Apollo 11 — Chudwin told his story in a new book. It was a time to look back to celebrate that mission, and to look forward to our future in space. In this presentation, Chudwin will highlight two themes from the book, his own account of covering the first landing on the Moon in 1969, and lessons learned from the Apollo program and their relevance to future space activities. Don’t miss this personal first-hand account of the Apollo 11 launch, plus the insights on the space program Chudwin brings from being an enthusiast since the dawn of the modern space-age.

For more information about Chudwin and his book, visit davidchudwin.com.

Dr. David Chudwin was born in Chicago in 1950. He developed an interest in space at the age of seven when Sputnik was launched in October, 1957. He began writing for his high school newspaper and continued as a reporter and an editor for The Michigan Daily, the student-run newspaper at the University of Michigan. In 1969 he became the first college journalist to receive NASA press credentials for the Apollo 11 launch which he covered for the College Press Service and The Daily. He wrote articles about the experience for Spaceflight and other journals. In 2019 his book I Was a Teenage Space Reporter: From Apollo 11 to Our Future in Space was released by LID Publishing. Chudwin appeared on CNN, ABC News, WGN TV, and BBC Radio in conjunction with the book and the 50th Anniversary of Apollo 11. Chudwin has also spoken to school groups and twice at Spacefest. Besides being a life-long space enthusiast, Chudwin is a medical doctor (allergy/immunology) who is still in part-time practice.

Register today to reserve your seat and ask your questions. Register no later than August 19 at 8 pm EDT.

Past NSS Space Forums may be viewed here.