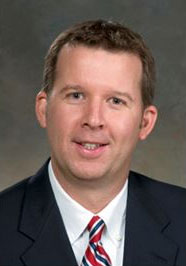 NASA’s new super heavy-lift rocket, the Space Launch System (SLS), is currently being assembled at the Kennedy Space Center in Florida. SLS will launch with more thrust than the mighty Saturn V and will be used for a new generation – the Artemis generation – of crewed lunar missions. While the SLS Block 1 vehicle is being stacked right now and undergoing a series of tests leading up to launch of the uncrewed Artemis I test flight with the Orion spacecraft, teams at Marshall Space Flight Center, Johnson Space Center, and Kennedy Space Center are training for the launch day.

In addition, the SLS Program and its industry partners are building the second SLS Block 1 rocket for the Artemis II mission, which will launch astronauts to cislunar space for the first time since the Apollo Program. SLS will evolve to progressively more powerful variants and be available for both crew with payload fairings to launch science missions. Don’t miss this informative insider’s view of the SLS from Brian Matisak, the deputy manager of the Systems Engineering and Integration Office (SEIO) for the Space Launch System (SLS) Program. Mr. Matisak will describe the development of the SLS, the preparations for the first launch and the next phases of the program.

Brian Matisak currently serves as the deputy manager of the Systems Engineering and Integration Office (SEIO) for the Space Launch System (SLS) Program at the Marshall Space Flight Center (MSFC).

Mr. Matisak earned a bachelor’s degree in Aerospace Engineering in 1989 from Auburn University and a master’s degree in Industrial and Systems Engineering from the University of Alabama-Huntsville in 1998. Mr. Matisak has received NASA’s Space Flight Awareness Leadership Award, among other NASA achievement awards, throughout his career.

Register no later than August 5 at 8 pm EDT

Previous NSS Space Forums can be found in our YouTube Channel.