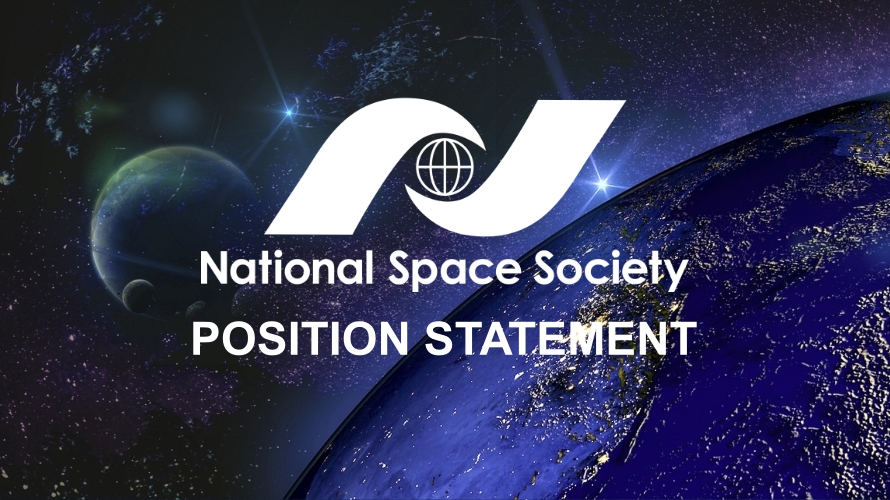 The National Space Society (NSS) strongly condemns the anti-satellite (ASAT) test that Russia conducted on November 15, 2021. Russia’s intentional destruction of one of its old satellites created thousands of new pieces of debris in low Earth orbit (LEO). The debris field from this ASAT test endangered the lives of all the astronauts aboard the International Space Station (ISS), including that of Russia’s own cosmonaut. Since the explosion occurred high above the ISS, the resulting debris will continue to threaten satellites and the ISS as it slowly falls back down. According to NASA, debris in LEO below 600km normally takes less than 25 years to burn up in the atmosphere or land on Earth’s surface. At higher altitudes, however, debris can remain in orbit for centuries.

The millions of pieces of existing orbital debris provide a constant reminder of the Kessler Syndrome—a scenario where colliding space objects cause a cascade that generates exponentially more debris. In the near future we will reach a point when orbital debris pollution may prevent human access to space. In LEO there are already over 26,000 large pieces of debris that could destroy a satellite on impact, over 500,000 marble-sized pieces that can cause serious damage to spacecraft, and over 100 million 1-millimeter-sized pieces that are almost impossible to track. Past ASAT testing by the U.S., China, and India, as well as the 2009 collision of Russia’s Cosmos 2251 satellite with the U.S. Iridium 33 satellite, created significant spikes in the population of cataloged debris in LEO.

While the weaponization of space is an issue in itself, destructive space activities are especially irresponsible. NSS urges all spacefaring entities to hold each other accountable for conducting responsible, safe, and sustainable space operations. The UN General Assembly recently issued a report on “Reducing space threats through norms, rules and principles of responsible behaviours.” The Secretary-General addressed the key threat posed by deliberate or negligent activity that could result in the generation of long-lasting debris. The Inter-Agency Space Debris Coordination Committee, which Russia’s space agency ROSCOSMOS is a part of, creates a normative basis for countries to refrain from the intentional destruction of space objects. The Committee’s voluntary Space Debris Mitigation Guidelines include the fundamental principle of preventing explosive and collisional break-ups in low Earth orbit.

Destructive ASAT testing rapidly accelerates the creation of orbital debris. It jeopardizes the safety of spacecraft and crew, the functioning of critical communication and data systems, and the viability of economic activity in LEO. Now more than ever it is important for spacefaring entities to commit to orbital debris mitigation and remediation guidelines. NSS has published its research on remediation in two papers: Space Debris Removal, Salvage, and Use: Maritime Lessons and Orbital Debris: Overcoming Challenges. NSS President Michelle Hanlon and NSS Board member Al Anzaldua have written and spoken extensively on how Maritime tradition can inform policy and law for commercial active debris removal. The NSS International Committee supports the prioritization of orbital debris remediation and has advocated for further research and development at the UN Committee on the Peaceful Uses of Outer Space (COPUOS). Finally, the NSS International Committee has asserted that customary international law is crucial to global remediation efforts in its PowerPoint to the UN Office for Outer Space Affairs.

But orbital debris risk management also requires the development of international norms of responsible behavior in space. We hope this next year brings us a step closer to a sustainable space environment. That stability will allow us to use the vast resources of space for the dramatic betterment of humanity.

This statement was written by NSS Legal Fellow Adam Brodkin and approved by the NSS Policy Committee.