NSS Statement on the Orbital Sustainability Act of 2022 (ORBITS Act) 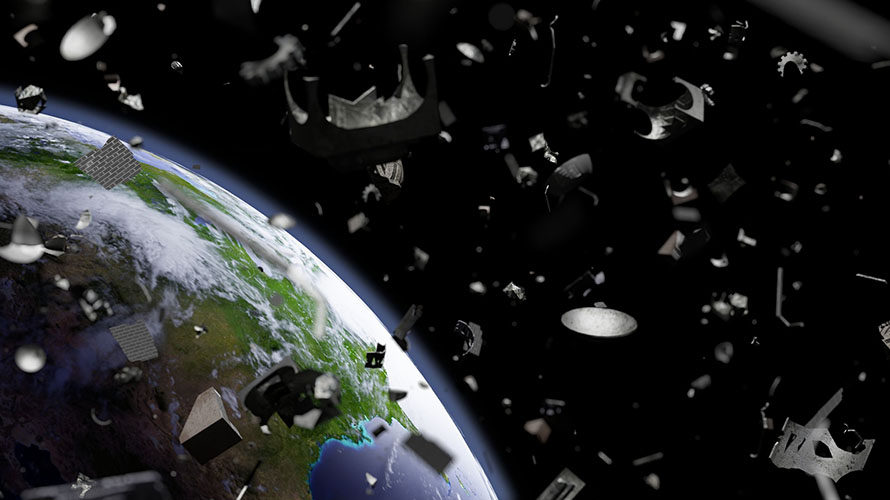 This week on September 12 the Orbital Sustainability Act of 2022 (ORBITS Act) was introduced to the Senate. The bipartisan bill, championed by Senators Maria Cantwell, John Hickenlooper, Cynthia Lummis, and Roger Wicker, would “establish a demonstration program for the active remediation of orbital debris” and “require the development of uniform orbital debris standard practices in order to support a safe and sustainable orbital environment.” The National Space Society (NSS) applauds the U.S. Government’s leadership in orbital debris management. The ORBITS Act strongly aligns with the goals of both the National Orbital Debris Implementation Plan and Space Policy Directive-3. NSS supports this historic effort and urges Congress to pass this bill as soon as possible.

The ORBITS Act has five key sections. Section 2 summarizes the relevant Congressional findings. Here, the Act concludes that the growing amount of orbital debris endangers the safety and sustainability of in-space operations. It asserts that space-based applications critical to the U.S. rely on continued and secure access to outer space. Section 4 prioritizes Active Debris Removal (ADR), which falls under the remediation pillar of orbital debris management. This section directs NASA, the Department of Commerce Office of Space Commerce (OSC), and the National Space Council to publish an unclassified list of orbital debris that poses the greatest immediate risk to in-space operations and spacecraft. It also establishes a NASA Remediation Demonstration Program to make multiple competitive awards for phased technology development followed by future ADR missions. Section 6 requires the National Space Council to update the U.S. Government Orbital Debris Mitigation Standard Practices with multi-agency collaboration and commercial input. Finally, Section 7 encourages the Secretary of Commerce to facilitate the development of standard practices for Space Traffic Management (STM) through the OSC. These standard practices would be based on guidelines and best practices used by the U.S. Government and commercial space operators.

NSS supports these provisions, which emphasize remediation, but also include mitigation and STM. It will be important for the debris list to properly characterize risk through comprehensive trade studies. This will guide investments and research and development. The debris list should also sufficiently internalize cost-benefit analyses. Ideally, the NASA Remediation Demonstration Program will prioritize the ADR of large derelict satellites and rocket bodies. Further, the updated Orbital Debris Mitigation Standard Practices should reflect the crucial ongoing FCC rulemaking proceedings. These proceedings include the following: Mitigation of Orbital Debris in the New Space Age (IB Docket No. 18-313); Facilitating Capabilities for In-Space Servicing, Assembly, and Manufacturing (IB Docket No. 22-272); and Space Innovation (IB Docket No. 22-271). It will be necessary to reassess the adequacy of current deorbiting and “graveyarding” measures within the Post-Mission Disposal (PMD) regime. One important change is shortening the 25-year PMD requirement to the satellite’s operational life plus five years. Lastly, the STM standard practices should be developed into mandatory shared rules for in-space operations covering deconfliction, safety, right-of-way, and collision avoidance. These STM rules should be unified and codified.

NSS envisions an orbital environment founded upon long-term sustainability. Efforts to address the issue of orbital debris have been a focus of our policy and advocacy work. Orbital debris jeopardizes the safety of spacecraft and crew, the functioning of space systems, and the viability of human activity in Earth’s orbit. The space sector is critical infrastructure and satellites are crucial to everyday life. Orbital debris has already reached critical mass. Collisional cascading (i.e. the Kessler Syndrome) will eventually happen even if no more objects are launched into orbit. Creating a sustainable orbital environment requires a comprehensive approach that effectively uses SSA, STM (i.e. norms of responsible behavior), Mitigation, Remediation, and On-Orbit Recycling.

The U.S. Government should continue to increase interagency collaboration in its orbital debris management. It should act in a leadership role, coordinating and directing the commercial sector’s efforts in SSA, mitigation, remediation, and recycling. Likewise, it should outsource research and development, operations, and other space-related activity to the commercial sector where possible. It is also important to foster innovation by providing funding and other resources to these companies and projects. NGOs, including NSS, can further help with technical research, policy development, cost-benefit analysis, and the creation of standards and best practices.

To learn more about NSS’s orbital debris policy program and advocacy, please check out the NSS Orbital Debris Policy Program Summary or browse our Orbital Debris Landing Page. We hope this next year brings us a step closer to a sustainable space environment.